At its meeting on Jan. 7, the Clarkston City Council will consider approving a resolution in support of an annexation plan that includes North DeKalb Mall.

The resolution is intended only to demonstrate what the city’s intent to its legislative delegation ahead of the 2020 Legislative session, which begins on Jan. 13.

Clarkston Councilmember Jamie Carroll said the resolution is “non-binding” and includes a plan that would double Clarkston’s population. The city’s current population is 13,500. The plan includes the following areas: 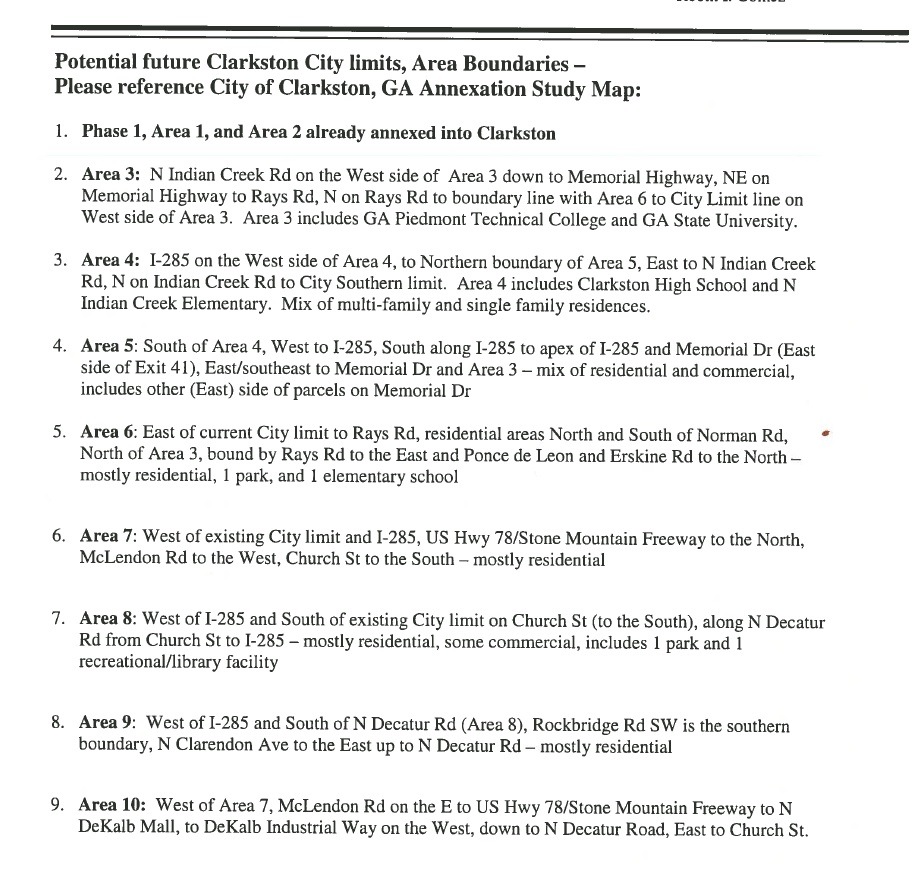 This map shows the areas under consideration. A more detailed map that is easier to read is unavailable. To see a larger version of the map, click here. 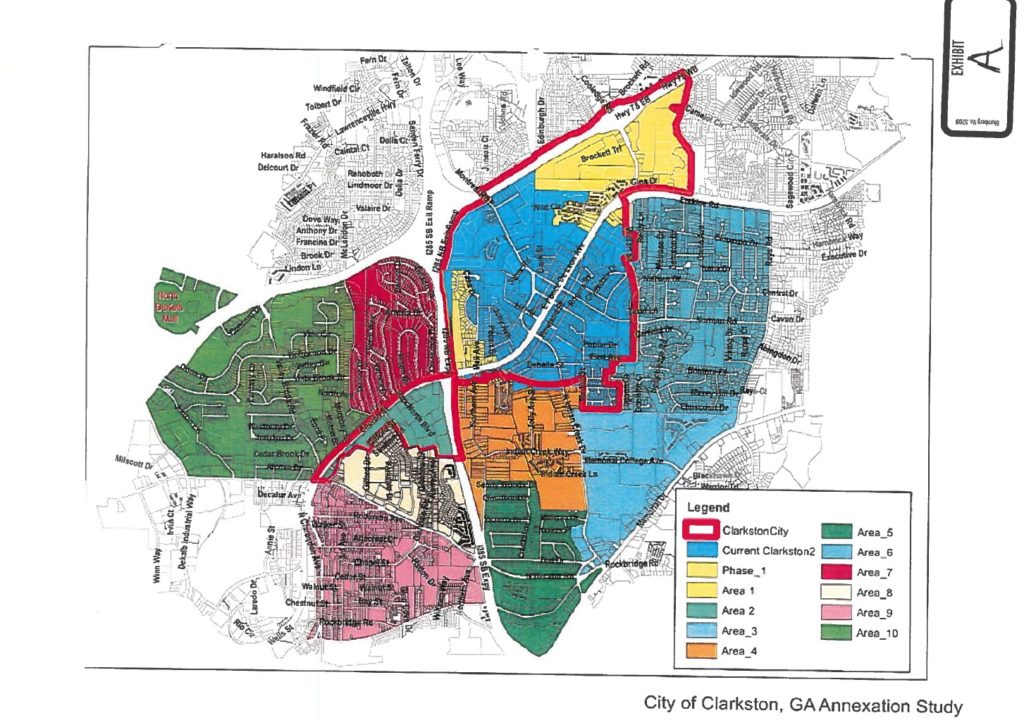 The city of Clarkston has hired a lobbying firm LD Square and Carroll said an annexation study of whether the annexation plan is financially feasible is underway. The study is being conducted by the Carl Vinson Institute of Government at the University of Georgia.

“After we get that, we would amend the resolution,” Carroll said.

Carroll said that the plan could be implemented incrementally, meaning one of the areas would be annexed in 2020, followed by others at some point in the future. In each case, residents in the affected area would have an opportunity to vote on whether they want to join Clarkston, he said.

He said Clarkston could offer people living in these areas better police protection and he said Clarkston would want to take another look at redeveloping North DeKalb Mall, which has long been discussed as a potential mixed-use project anchored by a Costco. While that plan has been discussed, it was declared dead in 2018 and there’s been no indication of it being revived any time soon.

“We would take a fresh look at that to see if something can be done there,” Carroll said. “The way North Dekalb Mall is set up there now, most of it is vacant, I don’t feel like in its current form it has reached its full potential.”

Mayor Ted Terry told Decaturish that the city’s map is in response to concerns about cities annexing prime commercial real estate while leaving the residential areas in unincorporated DeKalb County. He said North DeKalb Mall, and the tax revenue it provides, would be required for the city to be able to provide services to residents that could potentially join the city via annexation.

“In consulting with all the other cities and municipalities, this area looks like it would be the most balanced [for the city’s] digest,” Terry said. “What DeKalb County doesn’t want is the cities to take all the gold mines and leave the residential areas … because there’s less money in the county tax base. This is Clarkston’s response to the concerns.”

Terry said he would prefer for each area on the city’s annexation map to hold its own referendum on whether residents would want to join the city of Clarkston. Terry also wants to hear from residents who might be interested in joining Clarkston.

“Clarkston wants to know if your neighborhood is interested in joining Clarkston,” Terry said. “If you are, please write back.”

The Jan. 7 Clarkston City Council meeting begins at 7 p.m. and will be held at the Clarkston Community Center, 3701 College Ave.

Carroll said council members could decide to push the decision back until after the city holds a town hall meeting on the topic.

To see the full agenda for Tuesday’s meeting, click here.