Mike Glenn Collection on display at the Decatur Library

Mike Glenn Collection on display at the Decatur Library 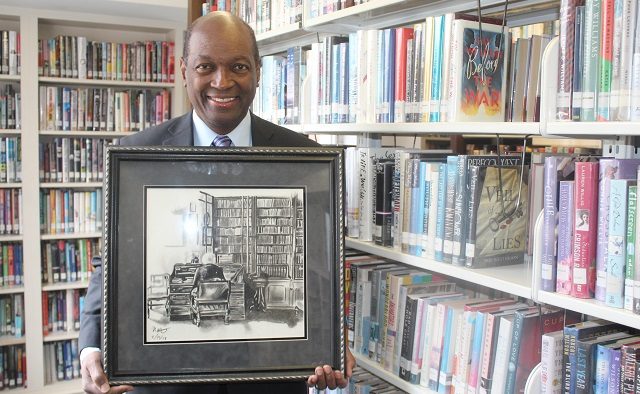 Former NBA player and current broadcaster Mike Glenn will display his collection of rare documents at the Decatur Library this month.

The Decatur Library is located at 215 Sycamore Street in Decatur.

Glenn’s collection includes rare first edition books, magazines, time period newspapers, stamps, coins and artwork. The exhibition is called “Once He Learns How to Read: A Legacy of Literacy.”

Glenn played for several NBA teams between 1977 and 1987, including the Atlanta Hawks.

“Glenn wants viewers of his exhibit to connect the spirit, goals, and successes of the abolition movement of Boston to the civil rights movement of Atlanta,” a press release announcing the exhibit says. “He displays the powerful literary legacy of petitions, slave narratives, ride-ins, boycotts, religion, and military heroics that laid a foundation for America and drafted a blueprint for future generations.”

On Tuesday evening, Jan. 7, at 6:30 p.m., there will be an opening ceremony for the Mike Glenn Collection.

“Documents are taken from the colonial period and extend to 2019,” the press release about the collection says. “The exhibit displays extraordinary slave narratives, books, and newspapers from the 1770s, including the first printed account of the Battle of Bunker Hill that was printed in 1775 in England.”

The Jan. 7 opening ceremony will include recognition of special guests as well as a commemoration of the 150th anniversary of the ratification of the 15th Amendment, which gave African American men the right to vote.

The exhibit will be on display at the Library starting tonight through Jan. 29.