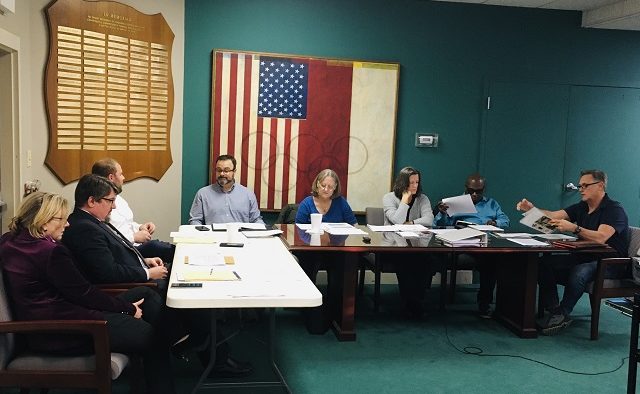 The Town Green project includes the construction of a park and a mix-use building that will be located along Highway 278/ North Avondale Road.

The design will be based on a concept designed by local architect Sheri Locke, but details will be finalized after a period of public comment including an online survey and two public workshops.

Overall goals for the park are to be flexible and inclusive while maintaining a year-round draw.

“If you’re in one little quadrant, you want 10 activities that you can do in that space to maintain an active healthy park,” Powell said.

“I see this as a place for the community to come together as a whole,” Commissioner Dee Merriam said.

An introductory video and survey will be posted on the Avondale Estates website from February 14 to Feb. 25.  The first public workshop will be Feb. 29, followed by a second one on March 11 and a presentation on March 21.  The board will adopt a final plan after information from the survey and meetings have been incorporated, on March 30.

The City Commission discussed pending state legislation that would, in Commissioner Lisa Shortell’s words, pre-empt both the city’s ability to set design standards and to regulate short-term rentals.

According to a report from WSAV-TV in Savannah, “House Bill 523 is on the move in the Georgia legislature and Representative Kasey Carpenter wants to see it pass. Under the bill, local governments would not be able to oversee licensing, occupancy limits, or any permitting at short-term rental properties.”

“We went to the capitol last week. Every Wednesday at noon is the DeKalb delegation meeting, anybody can go to it. Mayor [Lynn] Deutsch of Dunwoody really put it best, that this is a home rule issue,” Mayor Jonathan Elmore said. “Georgia is a home rule state. I think it’s important that all of the cities in DeKalb pass resolutions saying we are not for this, and we expect you, legislators, to put this down.  We plan to go down there regularly to make sure they know how we feel about this.”

In other news, the city plans to adopt the record-keeping schedule recommended by the Georgia State Archives as part of a process of organizing city records. Records that must be kept permanently by law will be moved to the state archives where they will be safe from fire. Some others will be eliminated to make room.

“Yesterday I found an invoice for building materials from 1977. We’re only supposed to keep those for five years,” said City Clerk Gina Hill

Part of the process is also deciding what to keep.

“There’s a lot of historic stuff upstairs. It’s just not organized in any way, shape or form,” said Hill. The new process and organization will allow the city to streamline answering open records requests.