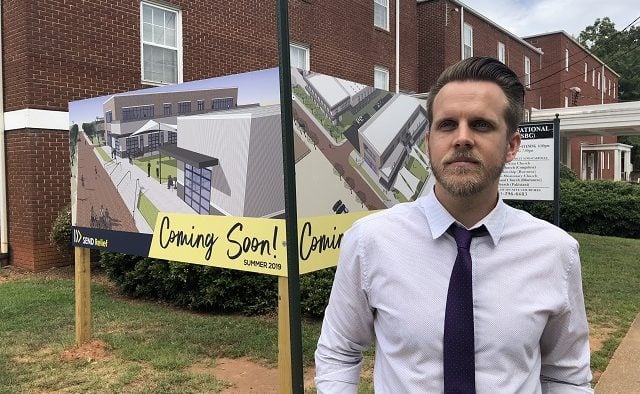 Clarkston, GA – The city of Clarkston tried and failed to stop the North American Mission Board from demolishing two historic homes as part of a plan to build an outreach ministry hub.

The proposed $15 million, 8-acre project will be located on the site of the Clarkston International Bible Church, at 3895 Church Street. The church sold its property to the North American Mission Board (NAMB) of the Southern Baptist Convention, which plans to convert the site into the outreach ministry hub  – including not just a larger church worship space, but a sports complex, multiple retail shops, a medical clinic, new gymnasium, and temporary housing for Baptist mission workers.

To see Decaturish.com’s earlier story about this project, click here.

The city on Feb. 5 announced that the lawsuit had been settled. Clarkston will also have to pay $25,000 to resolve the lawsuit, the AJC reported.

“The City of Clarkston fought hard to try and preserve two historic homes and l am proud of the courage that the City Council showed in doing so,” Mayor Ted Terry said when the settlement was announced. “However, we ultimately determined that it is now in the best interests of the Clarkston community to give up this fight and focus our efforts and resources on other matters, such as improving infrastructure and revitalizing the city’s downtown. It will be a sad day when these buildings come down but we hope that this settlement can set the foundation for a cooperative relationship with NAMB moving forward.”

NAMB said it was pleased with the outcome.

“NAMB is gratified by the mutual settlement agreement reached with the City,” the group said. “NAMB filed this lawsuit to protect its constitutionally protected property rights and to save its Clarkston development, which NAMB had invested considerable time, effort and resources into completing to advance NAMB’s mission of making a positive difference through. Christian values. The Clarkston development will be an asset to the community that NAMB envisions will have both recreational and educational facilities. We look forward to a positive working relationship with the City and to the successful development of this development.”