Crash in downtown Decatur sends two people to the hospital

Crash in downtown Decatur sends two people to the hospital 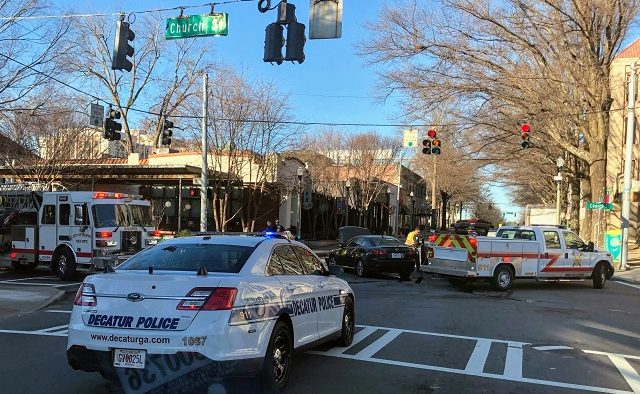 Decatur, GA – A crash in downtown Decatur on Feb. 14 sent two people to the hospital.

“The accident investigation revealed that a gray 2007 Lexus was traveling northbound on Church Street and failed to obey the traffic light and struck a black 2015 Chevrolet traveling westbound on East Ponce de Leon Avenue,” Police Capt. Jennifer Ross said. “The driver of the Chevrolet complained of dizziness and pain and was transported to an area hospital for evaluation. The driver of the Lexus was conscious but unresponsive, evaluated by medical personnel and believed to be suffering from a medical issue. The driver of the Lexus was also transported to an area hospital for evaluation. No citations were issued. Both vehicles were towed from the scene.”