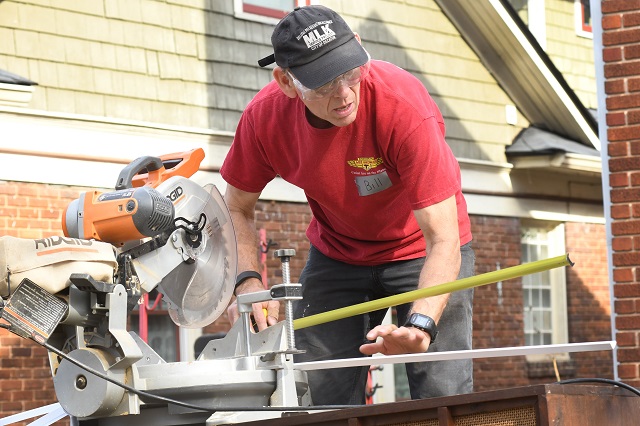 UPDATE: During its Feb. 24 meeting, the City Commission accepted the Affordable Housing Task Force’s report and approved the contract for synthetic turf on the old courthouse lawn. Here is our earlier story ….

The City Commission’s Feb. 24 meeting begins at 7:30 p.m. and will be held at City Hall, located at 509 North McDonough Street. All meetings are open to the public. You can view a live stream of the meeting by clicking here. Commissioners will be asked to vote on whether to accept the Task Force’s report.

It recommends a mix of short and long-term strategies to increase housing affordability in the city of Decatur.

The almost non-existent supply of undeveloped property has made land costs alone very expensive, the Task Force found. Land costs inside the city of Decatur are significantly more expensive than in the rest of the metro area – at $1.5 million to $2 million per acre. So-called “tear-down” houses are going for $300,000 to $400,000. When a developer pays so much for the property, they need to build something expensive to break even and make enough of a profit.

Like the rest of metro Atlanta, Decatur is also experiencing rapid population growth — a trend that most analysts expect to continue. But while the Atlanta region as a whole has seen about a 12 percent increase in population since 2010, Decatur has grown by 30 percent in the same time period.

The Task Force recommends that the city target its policies, programs and investment strategies to residents living at 30 percent to 120 percent of the Area Median Income.

The Task Force recommends the city adopt an inclusionary zoning policy that requires developers of multifamily housing to reserve a portion of the units as affordable housing. Currently, the city offers a density bonus in the form of a conditional use permit that allows builders to construct a higher number of units than the zoning would support in return for reserving 10 percent of the units as affordable. An inclusionary zoning ordinance would not be voluntary, but require developers to include affordable housing in their plans.

Newly elected City Commissioner Lesa Mayer recently pushed hard for quick action on inclusionary zoning during the City Commission’s annual retreat. Following her prodding, the commissioners agreed to have something to vote on by April.

The discussion about inclusionary zoning occurred during the retreat held on Jan. 30 and Jan. 31. While the meeting was open to the public, most people couldn’t attend because the city commission holds its annual retreat two hours outside city limits in Young Harris, GA.

“I am simply speaking for my constituents here when I express urgency,” Mayer said during the retreat. “I am not speaking for myself. The temperature is that acting swiftly is the desire of the community.” 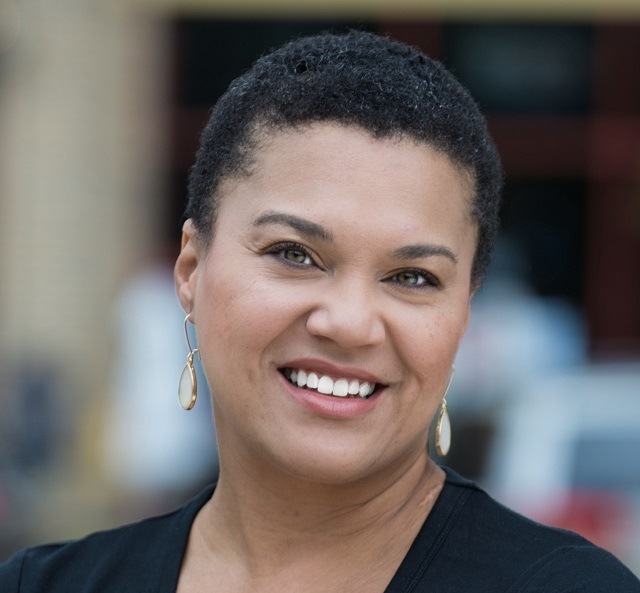 The official minutes of the retreat don’t record this conversation and are just a broad summary of the discussions that took place. Decaturish attended the retreat along with two other members of the community.

“I have a sense that the previous commission really wanted to have the background work done before they made any decisions as to what the go-forward plan would be,” Mayer said. “For them, the background work was the affordable housing Task Force. I think that a lot of the residents in Decatur felt like this was something that should’ve been implemented long before we got to the point.”

Mayor Patti Garrett said if the ordinance isn’t ready for a vote by April it will be ready “very soon” afterward. She noted that the inclusionary zoning will require staff time and legal review. She disagrees that the city has fallen behind on implementing this idea. She also wanted the Task Force’s final report in hand before moving forward.

“I feel like it is only fair to respect that process before we say let’s implement something from that process,” Mayor Garrett said.

– Creating an Affordable Housing Advisory Board for the city.

“This Board would have 9-13 members and would serve to link various entities in Decatur with the goal of working together with multiple parties to create and maintain affordable housing,” the report says.

“The Task Force identified approximately 933 naturally occurring affordable housing (NOAH) rental units in Decatur. All units are at risk of rising rents due to rising property tax rates and the market pressure to sell, renovate or replace existing affordable developments with new construction,” the report says.

The report says if every corporate owner agreed to participate in this program, the cost to preserve the units would be $366,122 per year to the city’s tax rolls. If every individual owner participated, the cost would be $271,489 per year.

“The Task Force projects that the total annual cost of this tax abatement program would be approximately $924,182 annually, or $990 per NOAH unit, significantly less than what it would cost to create a new unit of affordable housing,” the report says. “Further study will be needed to confirm these numbers and the fiscal impact.”

Most of the older multifamily housing units are in RS-17 districts, which are already zoned for higher density. The Task Force recommends altering the Unified Development Ordinance to require a conditional use permit (CUP) for any developer who wants to buy and redevelop a multifamily building in an RS-17 zoning district. The CUP would require the additional level of review from the Planning Commission and City Commission before an older building was torn down, to evaluate the economic impact and see whether it could be preserved.

– Revising the city’s senior homestead exemptions with an emphasis on helping lower-income seniors.

Currently, the city gives a homestead exemption on school taxes to property owners age 65 and older. The exemption will sunset in 2021 unless it is renewed. City Schools of Decatur is studying the impact of the exemption. The report notes that many low and moderate-income seniors wouldn’t be able to stay in their homes without this exemption. The Task Force recommends revising the homestead tax by using a home’s appraised value to determine a homeowner’s eligibility for an exemption.

If you aren’t aware this program exists, you’re not the only one.

“Currently, Decatur’s Tax Payment Assistance Program (TPAP) offers a partial tax deferral for homeowners 62 years of age or older with a household income not exceeding $20,000,” the report says. “The taxes on the first $100,000 of assessed value may be deferred, payable with interest upon the sale or transfer of the property. The Task Force [was] astonished to find that the existing TPA program does not have any participants at this time. The Task Force believes this is due to the unrealistic income cap of $20,000 as it is nowhere near reflective of the current Decatur household AMI.”

The Task Force is recommending raising this from $20,000 to 100 percent of the AMI using AMI levels for metro Atlanta.

The program would help with upfront rental costs like the first and last month’s rent and security deposit. It would be viewed as a loan that the renter would pay back in small monthly payments.

“While Decatur enacted an ADU policy in 2015 that allows homeowners to build ADUs, there have been less than 50 constructed,” the report says. “One known barrier is the challenges around accessing financing for ADU construction. As a result, the Task Force recommends funding and developing a soft-loan program for ADUs that would use the financing to leverage a commitment from the homeowner to set rents affordable to households at 80 percent of AMI or below.”

The Task Force recommends the city look for land in places like Legacy Park, which the city owns, as well as other city-owned properties. Other potential sources of land include underutilized property owned by DeKalb County, churches, nonprofits and underutilized parking lots. The city is encouraged to seek more land for affordable housing using annexation and building affordable housing on top of existing structures, like the Ebster Recreation Center.

–  Beefing up the Decatur Land Trust

“The community land trust model requires the [Decatur Land Trust] to retain ownership of the underlying land while selling or renting the structure to an income-qualified buyer, with a deed restriction attached to the sale or income limits included in the lease to preserve affordability for 99 years,” the report says.

The report also recommends a way to increase funding for the Land Trust.

“The Task Force recommends a Housing Opportunity Bond be issued at a minimum amount of $5 million to fund the [Land Trust’s] operations, acquisition and development activities,” the report says.

In the mid-1980s, the city zoning laws were changed to prohibit the construction of duplexes and triplexes in areas with single-family housing. As a result, streets with a mix of single-family and small multifamily only exist where older duplexes, built in the 1950s and ‘60s or earlier, were built.

“Presently, the city’s development codes allow up to four unrelated persons to occupy a dwelling unit to encourage co-living. Co-housing, or rooming houses, are presently allowed in just a few zoning districts,” the report says. “One strategy is to allow more co-housing opportunities as a limited use or conditional use permit in more zoning districts.”

“The Task Force reviewed two types of bonds with potential for funding affordable housing programs and projects in Decatur: Housing Opportunity Bonds and a Tax Increment Financing Bonds,” the report says. “Both are attractive for purposes of funding as they do not require the City of Decatur to raise property taxes to pay them back.”

– In other business, commissioners will also consider a $68,210 contract to install more synthetic turf on the old courthouse lawn.

“The benefits of installing synthetic turf include virtually no maintenance, no watering or mowing, no use of chemicals and fertilizer, and a high tolerance to a heavy foot traffic environment,” a memo from Assistant City Manager David Junger says.

The company receiving the contract, Synthetic Turf International, is the same company that installed synthetic turf on the east side of the bandstand in the Decatur Square.

Decatur has tried over the years to maintain a natural lawn near the bandstand, but those efforts have come up short.