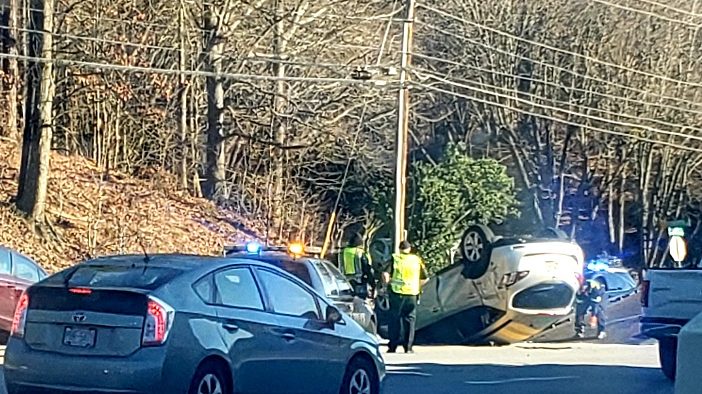 Decatur, GA – DeKalb County Police responded to the scene of a two-vehicle collision in greater Decatur on Friday morning, Feb. 14.

The crash happened between 8 a.m. and 8:30 a.m. at Scott Blvd and Blackmon Drive, across the street from Dunkin’ Donuts and Chick-Fil-A.

Police are still investigating and it’s unclear what caused the SUV to flip. The crash injured the SUV’s driver, but the extent of those injuries is unknown. 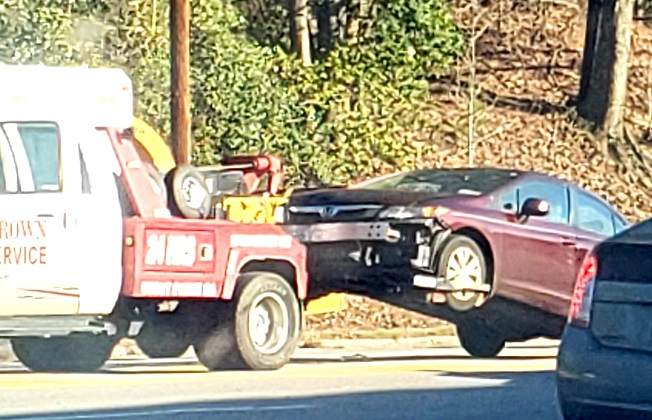 One of the other vehicles damaged in the Feb. 14 crash. Photo by Dan Whisenhunt