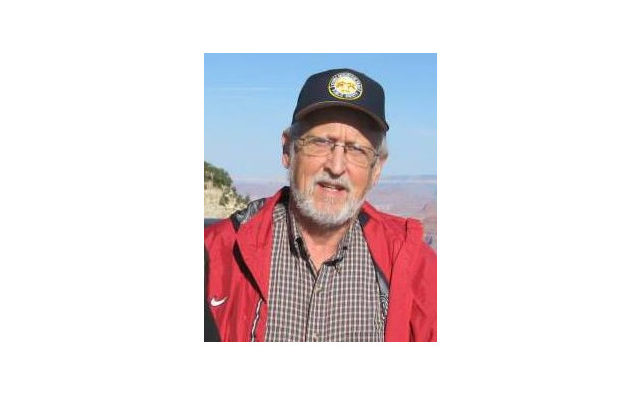 He was 74 years old. Former Decatur Mayor Jim Baskett, who was a close friend of Branscome’s, said his death came as a shock to everyone. He said Branscome suffered a heart attack while riding a bicycle. He recently had a hip replacement surgery, Baskett said.

“It was all of a sudden. It was really unexpected,” Baskett said. “I visited with him in January. His rehab for his hip replacement was going well. This was a total surprise not only to me, but I think to the family.”

Branscome served as Decatur’s City Manager from 1973 to 1993 and was a mentor to his successor, Peggy Merriss, who retired in 2018.

In an interview with the League of Women in Government, Merriss said Branscome taught her two important lessons.

She told the League of Women in Government, “My two favorites lessons from him are: ‘Anything worth doing, is worth undoing;’ and ‘You’ll never win a fight with people who buy ink by the gallon and paper by the ton.’”

Merriss said she considered Branscome a friend and regularly communicated with him. Their most recent conversation was about his recovery from hip surgery.

“He was an amazing person,” Merriss said. “I was very fortunate early, at the beginning of my career, to work with him and some other folks in Decatur who really were mentors, friends, colleagues. His ethics were above reproach. His commitment to public service and to serving people and making sure that things were done in an equitable and inclusive manner, I think were way before his time. … That was one of his strong points and he surrounded himself with people who shared those kinds of values and ethics for public service.”

After Branscome left Decatur, he served briefly as Chief Administrative Officer for DeKalb County and then spent the rest of his career as the CEO of Stone Mountain Park. While working at that job, he helped the park get ready for the 1996 Olympics, according to the Atlanta Business Chronicle. His efforts included overseeing a $48 million project to double the Skyride cable car’s capacity. He also tore down a communications tower by the summit that was described as “unsightly.”

Baskett recalled that Branscome’s work made a difference in Decatur, though his efforts often went unseen.

“When I was on the Dekalb County Library Board, there was a big expansion due to a recent approval of a bond referendum,” Baskett said. “Plans were in place to build or enlarge 13 libraries. The headquarters were to be moved to Wesley Chapel and there were no plans for the Decatur Library.  I talked to Curtis Branscome about this unacceptable plan and very quickly he involved the city commission, especially then-mayor Mike Mears and we worked out an agreement between the city and county that used city property to build the library deck and allowed expansion of the library and retention of the headquarters. That is why the deck is shared by the library and the rec center.”

Baskett added, “This would not have happened without the commitment of Curtis and Mayor Mears. Curtis was always in the background, but he always made things happen that were in the best interest of the city and later with the county.”

When Branscome left Decatur in 1993, it was not without some regrets. According to an Atlanta Journal Constitution article published at the time, Branscome was hip-deep in the city’s budgeting process two weeks before he left the job.

“After 20 years, it is going to be sort of like a funeral for me,” Branscome told the AJC. “It’s hard to leave this organization.”

Then-Decatur mayor Mears told the AJC that Branscome was the city’s ideal manager.

“We’re going to be very hard-pressed to come even close to replacing him,” Mears said at the time. “If I had to sit down and write a description of the perfect city manager, it would be Curtis Branscome.”