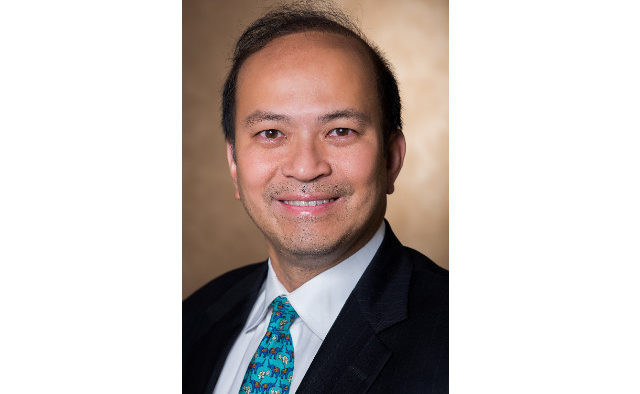 The past half-century of liberalizing economies, reduced trade barriers and increased labor mobility have brought about global development and increased standards of living for many peoples around the world.  In essence, a rising economic tide did lift all boats, although oftentimes unevenly.  And yet, as many of us have witnessed in recent times, global interconnectedness is not without its downside.  With the help of technology, global markets have become eerily correlated in times of crisis, thus increasing the frequency of “black swan” type events.

In over 20 years of managing investment portfolios and analyzing companies, I’ve borne witness to events from the ’97 Thai financial crisis to the dot-com bubble to the mortgage meltdown and now to the current systemic global shock.  Each time, it seems the conditions set in place prior to the shocks were fairly similar: a seemingly healthy economy, low volatility (a measure of fear), a corollary of which is a high degree of complacency.  But as my mentor, Tony Montag, would always remind me, “expect the unexpected.”

This time it feels different.  The global shock from this epidemic has exposed stress on three levels for our country:  economic security, national security and health security.  Fellow Americans are losing their jobs, their children are forced into homeschooling, and mothers and fathers are dying from the new illness, all at the same time that the global order of the past 75 years seems to be breaking down.

How successful we come out of this black swan event will depend on how well we work together.  In the interest of full disclosure, I’ve been a partisan participant in the political world for some years.  My political education started with Reagan and over time I became involved with the Bush Administration and the McCain/Romney candidacies, as well as in-state campaigns.  It was driven by the core tenets of market-based economics, free trade and immigration.  At the heart of it, there was never a question of moral and intellectual competency.

Say what you will about George W. Bush’s presidency, Bush 43 was a secure human being and thus surrounded himself with smart people, from Colin Powell to Hank Paulson.  At the height of the financial crisis of 2008, the Troubled Asset Relief Program, or TARP, was forged by Secretary Paulson’s team and was critical in preventing further cardiac arrest for our nation.  When President Obama came into office, his finance team was led by Tim Geithner, a former Fed Governor well-versed in global financial policy and who did much to provide the necessary ingredients of collaboration, continuity and institutional knowledge.  The 2008 black swan required bold immediate and sustained action, starting with TARP and following through with the various asset-buying programs carried out by the Fed.

This year’s black swan event will require the same, if not a higher, degree of immediate action.  Because of the fast global spread of COVID-19 and the lack of test and equipment preparedness, to quote former Defense Secretary Rumsfeld, “we don’t know WHAT we don’t know.”

But this time, the necessary policy prescriptions are being drowned out by a reality-show President who lacks intellectual gravitas to deal with it, much less the confidence to surround himself with individuals smarter than him.  Gone are the Gary Cohns and John Kellys of the world.  Furthermore, he has elevated and given a voice to the flat-earth anti-science movement, one that blatantly refutes science’s role in the progress of humankind for centuries; ironically, a big part of this movement is led by the religious zealots whose shared religion with Donald Trump is money, not God.  The likes of Franklin Graham and Jerry Falwell Jr. today engage in self-dealing to profit their ministries and are all willing to propagate conspiracy theories to keep the faithful angry and submissive.

Conservatism was never about going back to the Dark Ages.  It actually was about restraint and moderation.  It was Edmund Burke, regarded as one of the original founders of conservative political philosophy, who asserted that “…change is the means for our preservation.”

Black swan events tend to be psychologically jarring in nature.  It’s too soon to tell but rarely does the economic shock give way to a fast resurgence right away.  Unfortunately, we are still in search of the cure at the same time that the virus can mutate with time.  One bright spot on the policy prescription front has been the recognition that the federal government once again needs to prevent cardiac arrest. They have taken quick action and the various stimulus legislations’ price tag proves it.  In addition, much like the multiplier effect when a bank loans out a dollar and that dollar is leveraged over time, financing big corporations to help prime the pump will also have its intended multiplier effect.  Many have forgotten that the bailouts of Citigroup, AIG and other companies DID actually return a profit to the federal government post-2008.  I hope the Tea Party elements will recognize that deficits don’t matter when you’re on the brink of collapse.

Yes, future generations will inherit the consequences of the hard, or lazy decisions, their forefathers made.  I hope we have enough “deep state” public servants still remaining to right this ship.  As a good friend of mine who used to reliably vote Republican recently said, “…. If there is a silver lining in this all – it may be that – this will end the American experiment with electing someone who has absolutely no *&&^% idea what he is doing …”

With a background in investment research and portfolio management, Baoky was a Presidential appointee under George W. Bush.  He serves on the State Board of the Technical College System of Georgia and remains Vice-Chair of DeKalb County’s Voter Registration and Elections Department.