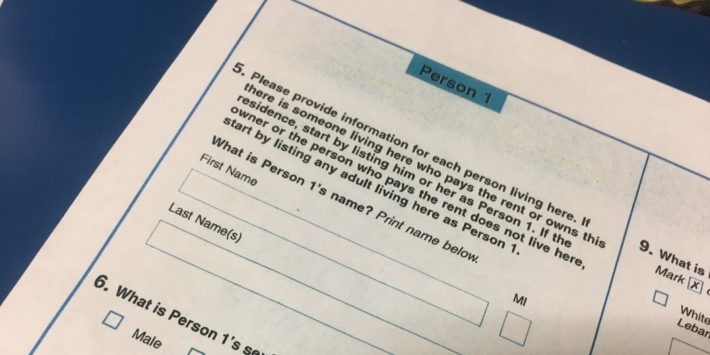 Organizations in Georgia are working to ensure an accurate count in the state for the 2020 census. CREDIT ROXANNE SCOTT / WABE
Share

DeKalb County is using a mix of “old school” efforts and technology to engage the public.

More than 500 households from Dunwoody to Ellenwood requested yard signs prior to orders to shelter in place in response to COVID-19.

“We have ramped up social media and we’re doing geofencing to target citizens,” Smith said. “We have posters in laundromats, and our branded logo is on bags in pharmacies and grocery stores. COVID only stopped our direct contact efforts; it hasn’t altered our larger plans. We are thinking outside the box.”

In 2010, 63 percent of DeKalb County residents self-responded; Decatur was 82 percent.

Decatur’s City Commission has a set a target response rate of 90 percent for 2020 Census. Decatur has used various methods to communicate with residents about the Census, including the formation of a Complete Count Committee, the “Decatur Focus” newsletter, social media and blog posts, and text alerts. Members of the committee also passed out print materials in their neighborhoods and at social interactions before Decatur Mayor Patti Garrett issued a stay-at-home order.

The 2020 U.S. Census marks the city of Tucker’s first opportunity to stand up and be counted, and Councilmember Matt Robbins is heading the effort.

Tucker’s Complete Count Committee, chaired by Robbins and City Director of Communications and Administrative Services Matt Holmes, planned to reach citizens at public events like Tucker Chili Cook-Off, held annually in March, and Tucker Day, the second Saturday in May.

Instead, Tucker launched “Tucker Census: All Aboard” campaign and a website (www.tuckerga.gov/census) to motivate residents to complete the form.

Robbins said, “The number of people we can get to fill out the census will have a direct impact on our kids’ schools, healthcare resources for our families and so many other important aspects of our daily quality of life.”

He added: “This is the ‘first-ever’ census for the still-new city of Tucker. We want all our residents to exhibit pride in what we’ve become as a new City and to foster a commitment to our future now and for the next 10 years until Census 2030.”

In Avondale Estates, plans for information tables at the city’s farmers market have been replaced by social media efforts, flyers, and information cards at City Hall. Avondale Estates’ census website at www.AvondaleEstates.org/Census will be up and running this week.

The U.S. Census Bureau released a statement that some survey deadlines changed. Self-response phase (online, phone, and mail), mobile questionnaire assistance, and early non-response follow up deadlines have been extended to Aug. 14.

In a statement, the bureau said, “Based on continuing assessments of guidance from federal, state and local health authorities, the U.S. Census Bureau is suspending 2020 Census field operations for two additional weeks to April 15, 2020. The Census Bureau is taking this step to help protect the health and safety of the American public, Census Bureau employees, and everyone who will go through the hiring process for temporary census taker positions.”