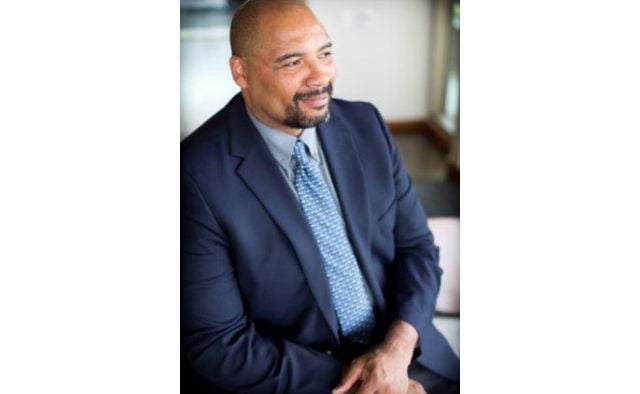 Decatur, GA – Dr. Pellom McDaniels III, a highly-respected scholar, historian, artist, and former NFL player, passed away suddenly in the early morning of Sunday, April 19, 2020, at his home in Decatur, Georgia. He was 52.

Since August 2012, Pellom had been the Curator of African American Collections in the Stuart A. Rose Manuscripts, Archives, and Rare Book Library at Emory University. He was deeply passionate about sharing African American life and history with the wider community and found a special niche in the Rose.

Pellom was a modern-day renaissance man with a diverse array of talents, he was an artist, an author, a curator, a poet, an athlete, inventor, and so much more. His 6’3” stature, radiant smile, and infectious spirit for life, learning, and humanity combined with a profound wisdom about black people and their contributions to our global community. Pellom’s work attracted the attention of audiences across the nation. Though many would say his love of African American culture and his lifelong passion for learning would make his contributions in academia and the modern-day black culture movement inevitable, he paradoxically began his career as a professional football player.

A native of San Jose, California, Pellom attended Oregon State University in Corvallis, Oregon on a football scholarship, graduating in 1989. He was a standout defensive lineman at Oregon State but went undrafted by the NFL. Undaunted, he worked his way back to a football in 1991, spending two seasons in the World League of American Football playing for the Birmingham Fire. His success there brought him to the NFL where he spent six years as a Kansas City Chief (1993-1998) and two as an Atlanta Falcon (1999-2000), until retiring in 2000.  Even amid the physical demands of his professional sports career, McDaniels always wove himself into whatever community he called home, and was always known for his civic engagement and philanthropy.  His love for his community was exemplified during his tenure with the Chiefs when he learned of two local public schools dropping their arts programming, spurring him to put his passion for the arts into action. He launched Arts for Smarts, an after-school program that helped disadvantaged children of all ages “cultivate a voice” through art and community involvement. Through the program elementary school students painted murals, older children met at local libraries for creative writing, and high school students visited various employers to visualize life after school. Upon moving to Atlanta, Pellom, continued the program, in partnership with his wife Navvab, and received national recognition from the President’s Committee on the Arts and Humanities and was featured as one of the nation’s “Most Caring Athletes” in 2000 by USA Today Magazine.

It was in 2000 that Pellom’s life would take a profound turn, taking him from the fifty yard line to the lecture halls of Emory University, “breaking all the common stereotypes that insist that the athletically and intellectually gifted inhabit different worlds.”  Having met and later been mentored by the late Dr. Rudolph Byrd, who was serving as the Director of African American Studies and Founder of the James Weldon Johnson Institute of Advanced Interdisciplinary Studies at Emory University, Pellom joined a cohort at the Graduate Institute for the Liberal Arts at Emory University, where he received both a Master of Arts (2006) and a doctorate degree (2007) in American Studies.  He began his impactful career in academia as an assistant professor of history at the University of Missouri – Kansas City, until his return to Emory in 2012.

A highly respected culturalist and scholar, Pellom’s legacy is one of tremendous impact and filled with accomplishments. He has been a leading force in securing the archives of many black Americans for Emory University, to both ensure the preservation of African American culture, and the accessibility of these archives, for students, researchers, and the general public for generations to come.  He was a prolific writer, having authored numerous books including, Porter, Steward Citizen: An African American’s Memoir of World War I (2017), The Prince of Jockeys:  The Life of Isaac Burns Murphy (2013) and has contributed to essays to anthologies such as Before Jackie Robinson: The Transcendent Role of Black Sports Pioneers (2017), The Olympics and Philosophy (2012), and All Stars and Movie Stars:  Sports in Film History (2010).  His breath of work also includes curating and being a featured artist in numerous visual arts exhibitions.

Though Pellom held many titles in his multi-faceted career, there was no role more special to him than being a loving father to his two beautiful and talented children, Ellington and Sofia and a devoted husband and partner to his wife and life partner for over two decades, Navvab.  “We are heartbroken.  He was such a force, and the most amazing, father, husband, and person that I knew,” says Navvab McDaniels. “When people asked me about Pellom, I always smiled, saying ‘I really admire him’.  He was fabulous, loving and passionate about his work….he was a tremendous partner and friend.”  Many who engaged with Pellom, could inevitably expect to hear a story or be shown pictures of the great things that his children were doing, or about the love of his life, Navvab.

A dedicated member of the Bahá’í Faith, Pellom’s life exemplifies a quote from the Bahá’í Writings, which states, “work done in the spirit of service rises to the level of prayer and worship…”

Dr. Pellom McDaniels III, was only physically with us for 52 years, but he will long be remembered, by many across the globe, for generations to come, as a man of integrity, a true servant-leader, a cultural activist, a passionate voice for the people, and a loving father, husband, and friend.

Pellom will be laid to rest at the historic Westview Cemetery on Thursday, April 23rd at 1 p.m., in a graveside service for his family. A larger celebration of his life will be held when COVID-19 restrictions are lifted.