Pellom McDaniels III, a man of many talents, passes away unexpectedly

Pellom McDaniels III, a man of many talents, passes away unexpectedly 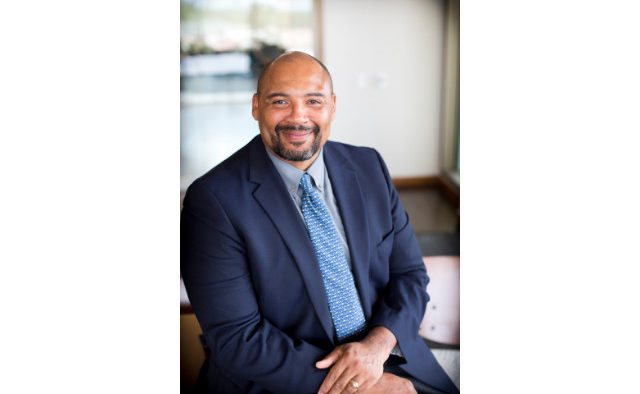 Decatur, GA – Pellom McDaniels III passed away suddenly on April 19. He was 52.

The world lost someone special. He was a renaissance man, a gifted athlete with an insatiable intellect.

When he died, he was working as the curator of African American collections at Emory University’s Rose Library. His widow, Navvab McDaniels, said lately her husband had been working on the obituaries of people who donated to the collection who had recently passed.

She said her husband wasn’t one to write a standard obituary for someone who passed away.

“He wanted to contextualize them, so people knew what they were,” she said.

“Curator” was one of his many titles. He was an author, both fiction and nonfiction, a professor, an artist and an inventor. He also was a defensive lineman, playing at Oregon State University and then in the National Football League, playing for the Philadelphia Eagles, the Kansas City Chiefs and the Atlanta Falcons.

His published works include  “Porter, Steward, Citizen: An African American’s Memoir of World War I” (2017), and “The Prince of Jockeys: The Life of Isaac Burns Murphy.”

He worked closely with Randall Burkett, the previous curator of the Rose library’s African American collections. He became an associate curator in 2012 and took over as the curator when Burkett retired in 2018. One of the major exhibitions was “Still Raising Hell: The Art, Activism, and Archives of Camille Billops and James V. Hatch,” which opened in Emory’s Woodruff Library in September 2016. The exhibition featured materials from the Billops-Hatch Archive at Rose, which is known as one of the premier collections of African American history in visual and performing arts, Emory University said in a statement about McDaniels’ passing.

He held a PhD in American studies from Emory University and served as an assistant professor in history at the University of Missouri-Kansas City.

His colleagues were stunned by the news of his death.

Burkett knew McDaniels when he was a graduate student at Emory. He called their relationship, “One of the most pleasurable associations I’ve had with anyone working in the library.”

“He was a charming, engaging, interesting person,” Burkett said. “He was interested in people and interested in African American culture and people who were creators of that culture. Every day it was a pleasure to interact with him to talk about collections being offered to us.”

McDaniels also was interested in publicizing those collections and making them available to everyone.

“He was one of those amazing people that you feel very fortunate to have known,” Burkett said.

While at Emory, he led an effort to bring the library’s traveling exhibit programs into Atlanta’s schools, which debuted in 2019 at Martin Luther King Jr. Middle School and opened in a second location, Drew Charter school, this year, the university said.

“Pellom was an amazing colleague and friend with a drive to look for new ways to provide access to the wonderful collections in the Rose Library,” Dean and University Librarian Yolanda Cooper said. “I will miss his energy, his ideas, and his beautiful heart. His contributions and service to the University and the community are inspiring.”

He left a valuable legacy, his colleagues said.

“The depth of our sorrow and grief at Pellom’s passing is matched only by our boundless appreciation and admiration for the tremendous gifts and contributions Pellom brought to his life’s work to elevate and celebrate African American history,” Rose Library director Jennifer Gunter King said. “The Rose Library and the world have lost a giant of a scholar and friend, and Pellom’s vision is well established and will continue to guide the future of the Stuart A. Rose Manuscript, Archives, and Rare Book Library.”

Rosemary Magee, retired Director of the Stuart A. Rose Manuscript, Archives & Rare Book Library, said the day her friend died will stand out as one of the most dismal days in her memory.

“Pellom was a phenomenon, truly a phenomenon,” Magee said. “He was a true believer in his work. He was called to a certain type of vocation, to use old fashioned terms, and it motivated him every day. He brought people into it. He moved people along.”

She said her friend was, “A teacher to all of us.”

“He was an avid thinker and writer about history and those stories that don’t always come to light, the stories that are the hidden stories, but then he magically brings them to light and they’re given new life,” Magee said.

One of those stories became the basis for “Porter, Steward, Citizen” which told the true story of Royal Christian, a valet to Col. Moorhead C. Kennedy who accompanied Kennedy overseas during World War I. Another book he wrote, “The Prince of Jockeys” is about the life of Isaac Burns Murphy, an African American jockey who won the Kentucky Derby three times. That book became a screenplay which is currently in pre-production.

Navvab said her husband had a gift for finding minor characters in history and elevating them.

“He wanted all the stories of African Americans to be known and remembered,” she said. “No matter how minor the character might be, he can place them in context and show their importance. He was a deeply committed person, fiercely loyal and he got things done. When he started a project he took it all the way to completion.”

He kept an office full of thousands of books and he’d read every one.

“He had such a level of intellectual curiosity,” she said. “He just wanted to know things. He didn’t sleep very much.”

Navvab said doctors believe her husband died due to a neurological event, like an aneurism. She always told him he could use more sleep, but when he had an idea he wouldn’t let it go.

“When he had an idea or thought, he wanted to follow it to the end,” she said.

He drew inspiration from everyday life as well. A painful trip to the dentist inspired him to invent a dental lubricant, an idea he sold to Procter & Gamble. He painted and wrote poetry, some of which made it into an experimental publication called, “The Hemp Breakers.” He left lasting impressions on the people he met.

Navvab met her husband while she was attending Oregon State and he had returned for a Black History Month event.

“I thought, that’s a really big guy,” she recalled. “He was a big 6’3, then he weighed 260 pounds, a big guy and I just thought it was odd. Why is he talking to me? Who is this person who wants to talk to me? He said, ‘I’m headed to Kansas City’ and I said wow that’s interesting. That was unusual.”

They would’ve celebrated their 24-year wedding anniversary next month.

“He was a force,” she said. “He had a very big heart. He had a huge personality. He was deeply committed to his family and to the work that he did in African American history and life at Emory University.”

In addition to a widow, McDaniels left behind a daughter, Sofia, 16, and a son Ellington, 18. His daughter attends Decatur High School and his son attends Emory University.

“I’m not sad,” Navvab said about her husband’s death. “I don’t feel like he missed out on anything in life. I feel sad we’re missing him and all the things he could had done if he’d had the chance to live longer.”