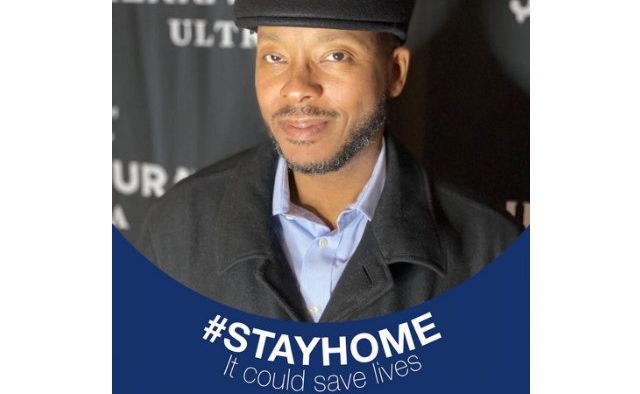 DeKalb County, GA – He was young. He was engaged. He was working to make his community better.

But on April 18, Kenneth Saunders III passed away from COVID-19. People he knew him said he was young – in his 40s – and healthy.

“We regret to report that Kenneth Saunders lll has passed away today from COVID-19,” the Association said. “Kenneth was an energetic young man with a vibrant personality. Please keep his family in prayer.”

As part of the South DeKalb Improvement Association, he worked with Kathryn Rice, an advocate for creating a new city in south DeKalb County called Greenhaven.

“He was in the hospital for at least a week and a half,” Rice said. “I spoke to his brother at the beginning of this week and he had been moved to ICU and they said he was getting better. Shock of all shocks, I found out he had passed away. He was very involved in the community.”

Frierson said Saunders had been on the board for the last 10 years and most recently served as its Vice President of External Affairs. He described Saunders as a “techie,” someone the board always looked to when they wanted to know what was going on with social media.

Last month, he was walking the neighborhood with Saunders trying to boost membership.

“The last time he and I were together, it seemed like he may have had asthma or something like that,” Frierson said. “He was struggling, walking in the community with me.”

“I have to describe the young man,” he said. “He was very sincere about trying to make a difference in the community. He was always trying to stay abreast of what was happening.”

Nadine Rivers-Johnson, chair of the county’s Zoning Board of Appeals, said the news made her feel “numb.”

“He was just a great person as far as our interaction as zoning board members,” she said. “He always came prepared, especially related to cases in his district.”

“Ken and I knew each other through his work with the South DeKalb Improvement Association,” Chidi said. “He also organized a forum when I was running for county commission. But I first met him almost eight years ago, when the DeKalb school district was in turmoil. He has been working on problems here for a long time, in ways that are perfectly evident to the people who are truly engaged and almost completely invisible to everyone else. In an environment where everyone and everything is loud, Ken was quiet and thoughtful. Cerebral, I would say.”

Chidi remembered that after the 2016 election, Saunders refused to block and tune out people that voted for President Trump.

“I’m not deleting people that supported Trump or that are trolling my posts,” Saunders said at the time. “I want to keep you where I can see you. It’s only fair that I challenge you to see how you’re going to channel your anger into something positive. I will not fall to your ignorance. I will simply educate you.”

Chidi said, “This was his way. One conversation at a time. We talked about that once when I ran into him on a train by chance. Some things just needed doing, without fanfare. I know this may sound trite, but Ken was … nice. That’s remarkable because of how awash the politics around him are in vitriol and spite and bluster. Ken was nice — unfailingly polite, conciliatory, engaged — in a world where being nice can be hard to do. I marveled at that from time to time.”

The COVID-19 pandemic has hammered the black community. The Centers for Disease Control reports that 30 percent of all COVID-19 patients are black. Thirteen percent of Americans are African American, according to the U.S. Census Bureau.

“The striking overrepresentation of African Americans among confirmed COVID-19 cases is also seen in what state-by-state data is available, and it underscores that, far from being an ‘equalizer,’ the coronavirus pandemic is amplifying preexisting social inequities tied to race, class, and access to the health care system,” Vox.com reported in an article summarizing the CDC’s data.

Rice recalled that when the COVID-19 pandemic began spreading across the United States, she was riding in a car with Saunders.

“He was healthy before this,” Rice said. “When it began, he and I were in the car together. We were both joking in March. Everyone else had begun to take precautions and he and I were like, ‘We don’t care.’ We hugged each other. We weren’t using any masks or anything.”

As the crisis deepened, Rice and Saunders began to take it more seriously.

She said she hoped more data would shed light on why black people are disproportionately affected by COVID-19.

The state of Georgia only has recently begun releasing data on the racial demographics of people affected by the virus, and there’s data that’s missing. Of the state’s 17,841 cases reported on April 18, black patients accounted for 4,808 cases and 355 deaths. Whites accounted for 3,571 cases and 259 reported deaths. But there are 8,418 cases in Georgia where the race and ethnicity of the victim aren’t known.

Rivers-Johnson and Frierson both said that lack of consistent access to healthcare and health insurance has put black Americans at a disadvantage when it comes to the coronavirus.

“When you have a larger segment of the population that does not have the same degree of healthcare as other members, it definitely affects a person’s ability or willingness to go to the doctor on a regular basis,” Rivers-Johnson said. “… I definitely think that is the one contributing factor that is going to make those numbers outpace any other ethnic group at this point.”

Frierson’s voice swelled with frustration and anger as he spoke about how lack of access to healthcare has hurt his community.

“I think the black community is more vulnerable because we have always been put in a position of not having adequate healthcare services, and it’s not an excuse. It’s facts,” Frierson said. “When our community was redlined and a lot of the businesses weren’t able to get established in our community, we ended up with the bare minimum in our community. It created these food desert zones where we never ate healthy.”

Dollar stores selling processed foods filled the void. A lack of economic opportunity also contributed to a lack of healthcare because most health insurance is tied to where people work.

“Our government should be trying to help us alleviate that,” Frierson said. “As a result of that, you’ve left this community somewhat isolated, and this comes through and it’s just devastating. It really is. I think we can do better.”

Saunders was working to change the economic reality of his community, Frierson said.

“Kenneth was part of that overlay district design, making sure voices were being heard,” he said. “We don’t want any more automobile stores. We’ve got enough chicken shacks, liquor stores, gas stations … He was out fighting to make sure we had adequate businesses we will support. Our income shows we have the ability to do that. He was out in front trying to fight that battle.”

At the same time, he said, the black community – just like every other community – should be aware that the coronavirus risk is real.

“I was on a webinar yesterday with seven black physicians in Atlanta talking about what we as a black community in Atlanta can do so we can embrace some of these things that are happening,” Frierson said. “As a people, we’re trying to specifically talk to us. We tend to discount this thing that’s happening and it’s real. We’re trying to be proactive about it.”

Saunders’ death serves as a painful reminder of how real the risk is.

“It is tough to deal with,” Frierson said.