Avondale Estates, GA – The area encasing the Kensington MARTA station seems poised to become something of a miniature boomtown in the near future.

Just inside the Interstate 285 Perimeter in DeKalb County, three proposed developments promise hundreds of new residences, among other to-be-determined amenities, including, perhaps, restaurants and retail offerings.

MARTA is spearheading two of those projects, aiming to produce an affordable housing complex for seniors and a potentially landscape-changing mixed-use community that could sprawl out over nearly 40 acres, all wrapped around one of the transit agency’s easternmost rail hubs.

The senior housing project, which is progressing via a partnership with the Housing Authority of DeKalb County, is slated to deliver 170 apartments where Memorial Drive meets Kensington Road, on the south side of the station.

Project officials plan to see the site rezoned as a mixed-use property, and the finished product — expected to be supported by Low-Income Housing Tax Credits (LIHTC) from the state’s Department of Community Affairs — is expected to feature a business center, workout facilities, a library, and a cafe.

The latter-mentioned project, a proposed transit-oriented development (TOD) that would wrap around the Kensington station, is projected to give the community something of a growth spurt, as preliminary blueprints show plans for a smattering of new buildings, some of which could ascend up to 12 stories.

Details for the transit-oriented mixed-use community, however, are still scant, since this development, too, calls for a rezoning, and the master plan is still being crafted.

“We will work with stakeholders including the TOD Council (which we expect DeKalb County will stand up) to complete a master plan for Kensington,” MARTA spokeswoman Stephany Fisher told Decaturish in an email. “Once complete, we will submit a new rezoning application to support implementation of the master plan.  We do not have a timeline on the master planning process, but past plans have taken at a minimum 12 months to complete.”

MARTA provided these slides from a PowerPoint presentation about its plans for the Kensington station (click each image to enlarge): 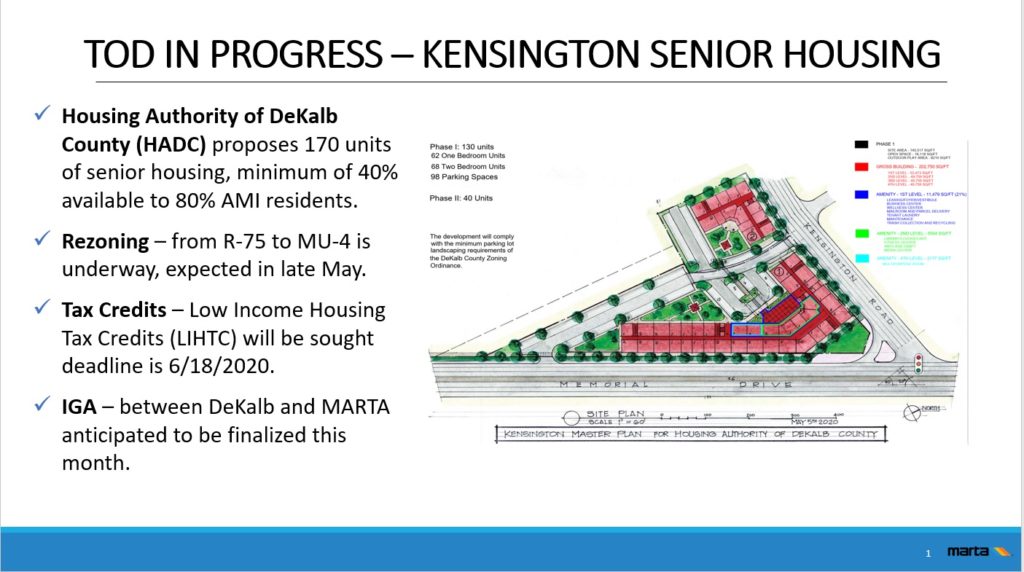 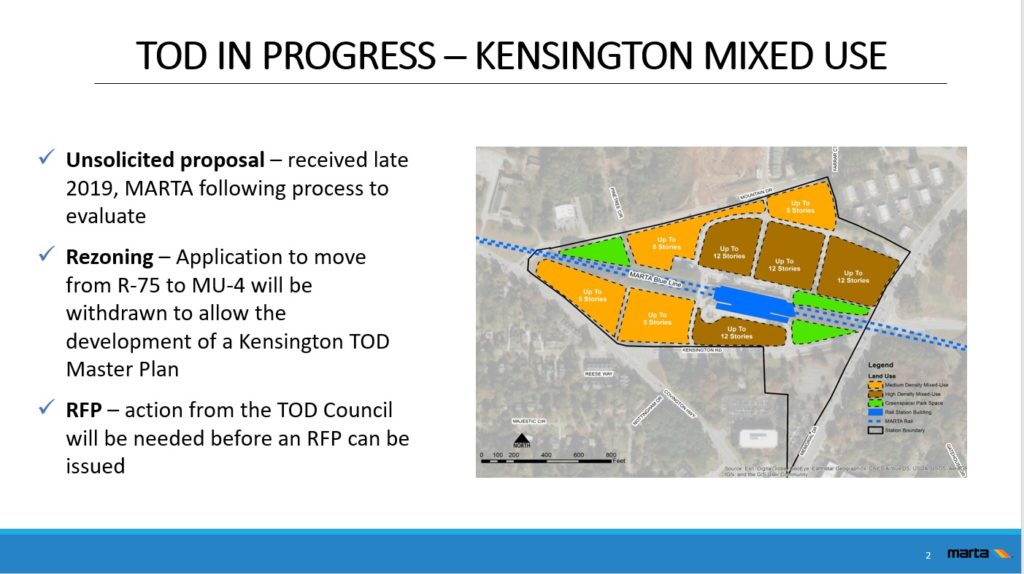 And, as if that wasn’t enough action for the area immediately surrounding the Kensington stop, Florida-based developer AHS plans to bring another 476 apartments along Memorial Drive, just southeast of the train station.

If everything goes to plan, Battle said, vertical construction could launch in mid-2021.

Here are some architectural drawings of the AHS project (click each image to enlarge): 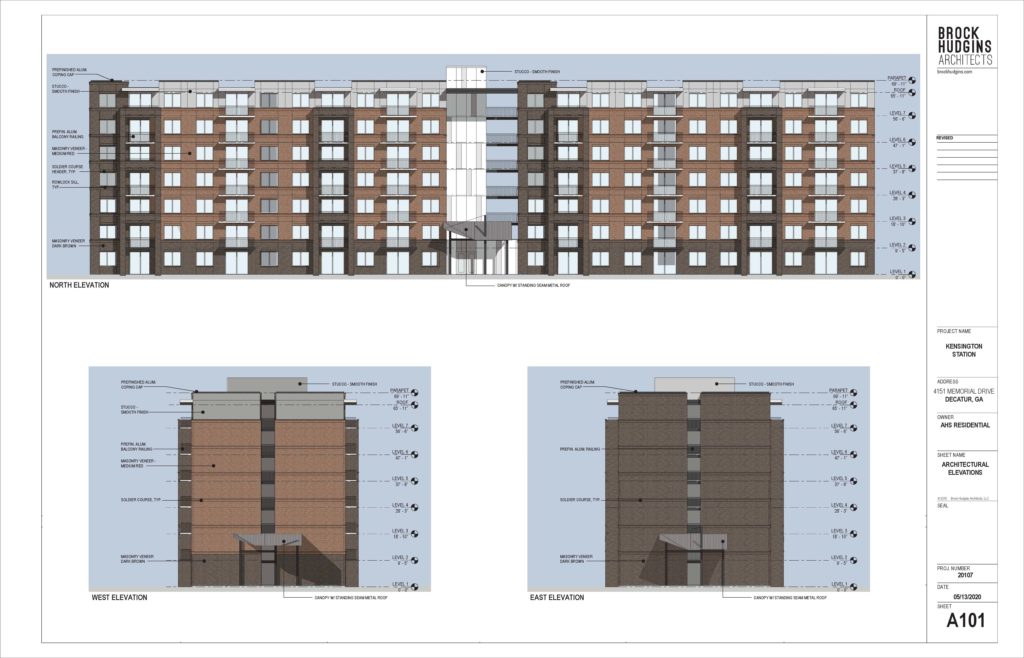 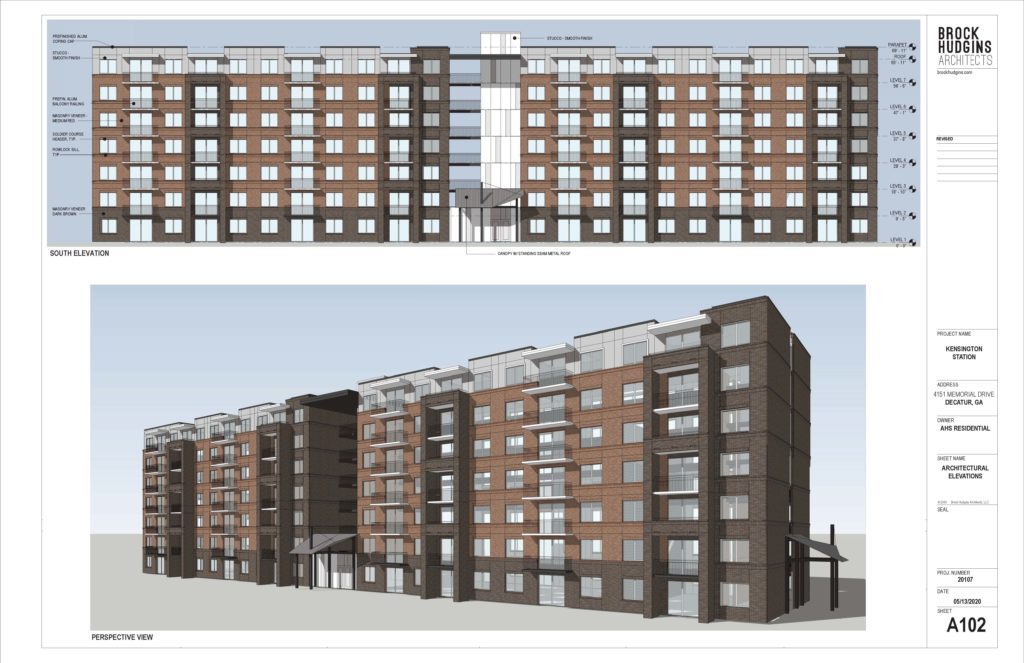