George on Georgia: All The Ways The Arbery Shooting Gets Worse

George on Georgia: All The Ways The Arbery Shooting Gets Worse 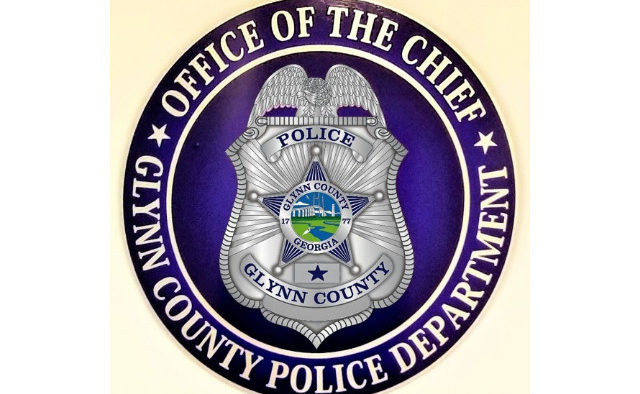 The Georgia Bureau of Investigation has announced the arrest of Travis and Greg McMichael:

Here is George Chidi’s original column. This post has been updated.

I’ve seen the Ahmaud Arbery video. I didn’t want to. We’ve been here before. I’ve been in the street over this before.

This video was shot on February 23, 72 days before someone posted it on YouTube. Why are we seeing this now?

Now that I understand that the police have had this video, probably since the beginning, and have not acted on it. I think I can guess why.

According to the initial police report, the two men on the tape, Travis and Greg McMichael, were being followed by a third man, William. R. Bryan. One might assume that he is the person taping, but … we need this question to be answered directly. The person with the cell phone behind the wheel sounds like they’re loading a gun, and does not audibly exclaim when seeing someone killed in front of them. It’s a wonder.

Bystanders were not so unfazed. Police arrived quickly. Too quickly, perhaps, for whoever took this video to understand its meaning. Police cleared the McMichaels rather quickly, accepting their version of events.

This recording directly contradicts their narrative, by showing how the two rolled up to Arbery and gunned him down. However, the Ware County district attorney, George Barnhill — who took over the case when the Glynn County District Attorney recused herself — wrote before recusing himself that — to him — the video exonerates the McMichaels. “Given the fact Arbery initiated the fight, at the point Arbery grabbed the shotgun, under Georgia Law, McMichael was allowed to use deadly force to protect himself.”

Barnhill’s tortured logic suggests that a man jogging down the street cannot defend himself from two armed men, while those men can confront someone with deadly force on specious circumstantial evidence of crime. It defies reason. But here we are.

We’ve been here before. Officer Michael Slager murdered a Coast Guard veteran, Walter Lamar Scott, in a North Charleston backlot five years ago. Slager then planted a weapon beside Scott’s dying black body. A bystander taped it and released it through Black Lives Matter activists when it became clear that Slager was going to get away with it.

Williams shot video of a murder. The police had it and refused to act. If that’s the case, then it is possible that either the author of the recording — or someone within the police department who had the record — could not accept the decision not to arrest subsequently released it to force the hand of authorities.

I raise this possibility because when this video emerged as an anonymous leak, the Glynn County Police Department called in the Georgia Bureau of Investigation to investigate the leak of the video. Not the crime itself, but how the video got out. That rather implies that they knew it existed in the first place and that the reputational damage they are about to sustain matters more than the crime.

The GBI made a public statement about their investigation that has subtext worthy of a UN press release. “The GBI has not been requested to investigate the shooting death of Ahmaud Arbery,” according to the statement.

GBI made a point of saying they were investigating the leak. Only later — presumably after GCPD made a second request — did the GBI say they were investigating the actual shooting. I think that’s deliberate language. They’re signaling something they can’t say outright, because they will be accused of influencing the grand jury if it was clear that GCPD had the tape this whole time and believed it was exculpatory … when it is plainly damning.

This is Trayvon Martin and Michael Brown and our own Anthony Hill all over again. The fact that the McMichaels are not in custody right now — this very moment — is an affront to justice.

Sitting on this as though it would go away isn’t simply unprofessional. It undermines public trust in police in exactly the ways that cause violent crime to increase.

It is redolent of the murder of Laquan McDonald, a black teenager gunned down by police in Chicago. Police held onto a video recording of this murder for more than a year, a delay that lasted long enough to allow for the re-election of Rahm Emanuel as Chicago’s mayor.

That murder ended political careers across the city. The recording resulted in the conviction of police officer Jason Van Dyke. It also, in my opinion, directly contributed to a serious increase in violent crime in Chicago, as a skeptical public stopped cooperating with police investigations out of a justifiable, evidence-backed sense that the police act with impunity.

Transparency is not optional in a world where everyone has a video camera in their pocket. That is a hard lesson that is taught repeatedly in and around Atlanta. The Atlanta Police Department even now remains under a federal consent order not to interfere with bystander photography. APD has embraced that lesson. It ceased cooperation with federal law enforcement operations because the feds’ policies are inconsistent with the local directive for every cop to wear a camera.

Everyone who had investigative or administrative authority over this case should be fired and perhaps prosecuted as a Civil Rights Act violation. Barnhill should resign immediately. No prosecution he performs moving forward will be viewed with any credibility. And someone who could potentially charge the local authorities with perjury should be asking serious questions about favoritism.

Correction: An earlier version of this column misidentified one of the district attorneys in this case. This story has been updated with the correct information.

If you appreciate our work, please become a paying supporter. To become a supporter, click here.