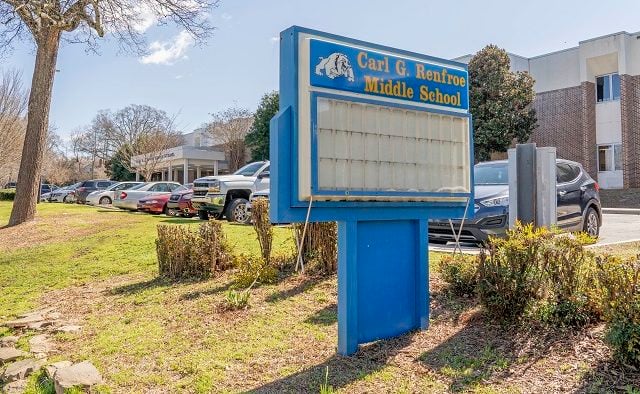 Decatur, GA – A Title IX lawsuit against City Schools of Decatur alleges the principals at Renfroe Middle School failed to prevent a sexual assault that occurred on Feb. 14.

City Schools of Decatur denies that it violated the student’s Title IX rights.

The victim’s mother, who is not identified in the complaint, filed the lawsuit federal court on March 9.

She alleges that the student accused of assaulting her daughter had sexually assaulted a different student on campus during school hours two months before her daughter’s assault. That assault was described as almost “identical” to the assault described in the complaint. The lawsuit alleges that the first victim reported the previous assault to Principal Greg Wiseman and Assistant Principal Alexis Glenn.

The lawsuit says, “Despite having actual knowledge of the earlier sexual assault, Defendants failed to take appropriate remedial and/or preventative steps to prevent [the suspect] from continuing further sexual assaults and groping of other students at RMS, including [the victim], or to otherwise take appropriate steps as mandated by law for the safety and well-being of other RMS students, including but not limited to [the victim].”

The School Resource Officer took the report at 2 p.m. on Saturday, Feb. 15. The officer met with the victim and her parents at the Police Department.

“The victim reported a male student made non-consensual physical contact of a sexual nature with her while inside of a teacher workroom,” a Police Department spokesperson said. “The report was assigned for investigation and [the investigator] subsequently filed a petition for sexual battery with DeKalb County Juvenile Court for the juvenile male suspect.”

It’s not clear why there isn’t a report for the sexual assault that occurred two months prior to the one described in the complaint.

In a statement, CSD spokesperson Courtney Burnett said, “CSD cannot comment on the litigation beyond what is already provided in the complaint, which is a public document. CSD also cannot comment on what actions may or may not have been taken against the student involved, as that information is confidential student information under [Family Educational Rights and Privacy Act].  To the extent that a police report was made, it would be in the possession of the City of Decatur Police. CSD takes seriously any allegations of sexual misconduct and promptly investigates allegations brought to its attention in accordance with its policies.  CSD denies that it violated Title IX in responding to these incidents.”