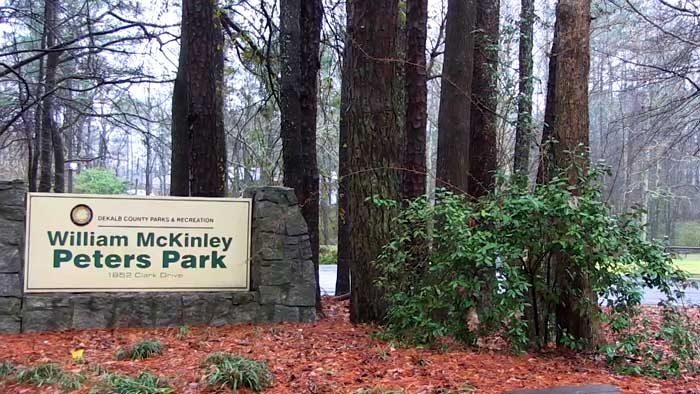 Tucker, GA — A long-awaited renovation project got the green light in Tucker, Parks and Recreation Director Rip Robertson announced on May 26.

William McKinley Peters Park is one of Tucker’s oldest parks, located in a historically black neighborhood of the same name. After years of inattention, the 3.6-acre park became a hot spot for crime, according to neighbors.

When the City of Tucker took over parks from DeKalb Co. in 2017, other playgrounds were upgraded while Peters Park waited for a grant from DeKalb County Community Development Department.

This week, the money came in.

Located in central Tucker at the end of Clark Drive, Peters Park is set to receive a $380,600 improvement to its parking lot and playground – thanks to dedicated citizens and DeKalb County Community Development Block Grant for $247,000.

Activist Linda Clark spent years fighting for it. She calls the area home. She was thrilled to hear the news.

“We are very grateful,” Clark said. “This is our beginning. Our community is still here because of William McKinley Peters Park. It is a focus point of this community. We have worked to bring attention and understanding to what our parents did by making this neighborhood. So many people are going to be coming into our neighborhood. This is a wonderful thing; we have been waiting a long time.”

Robertson said he is “really excited” that Peters Park will receive a regraded parking lot, a relocated playground, landscaping, water fountains, and benches. Completion is scheduled for early fall, Robertson said. Council members unanimously approved the plan, as well as the installation of restrooms at Henderson Park tennis courts for $98,980.

In other business, the City Council tackled a full agenda May 26, including residential construction, road improvement projects, the fiscal year 2021 budget, and the annexation of Hughes Point subdivision off Chamblee Tucker Road.

After hearing the second read of a zoning ordinance and concurrent variances, the City Council unanimously approved the development of 3.6 acres at 1409 Ashbrooke Trace. Rockhaven Homes plans to build 13 townhomes, a pocket park, and sidewalks.

According to Finance Director Toni Jo Howard, revenues for April are up 7.8 percent above expectations, compared to March revenues coming in 15 percent higher than expected. Tucker’s financial year-end is June 30.

Tucker residents are likely to be affected most by capital projects and parks. The FY21 budget for capital projects – including street resurfacing, street lights, and sidewalks – comes in at $3.4 million. Parks and Recreation is allotted $621,000 for maintenance of trails, playgrounds, and future plans.

The Special Purpose Local Option Sales Tax money the city will receive is unknown. According to the budget, 65 percent will be spent in FY21 on roads and drainage. A second read of the FY21 budget is expected in June.

City Engineer Ken Hildebrandt announced a plan for intersection improvement at Mountain Industrial Boulevard and Hugh Howell Road. Tucker CID plans to kick in $50,000 to help cover the total cost of engineer design services including a traffic study and survey at the intersection. It was approved unanimously by City Council.

The City Council heard a request for annexation of 33 single-family homes just north of the city. Sixty percent of residents of Hughes Pointe subdivision signed in favor of annexation into the city of Tucker. The City Council could vote on the issue in June.

“We’re moving ahead. We are going to push to make the move-in date, June 26, and will know better on Thursday,” Hanlin said.

If you appreciate George Chidi’s column, please become a paying supporter. For as little as $3 a month, you can help us keep you in the loop about your community. To become a supporter, click here.