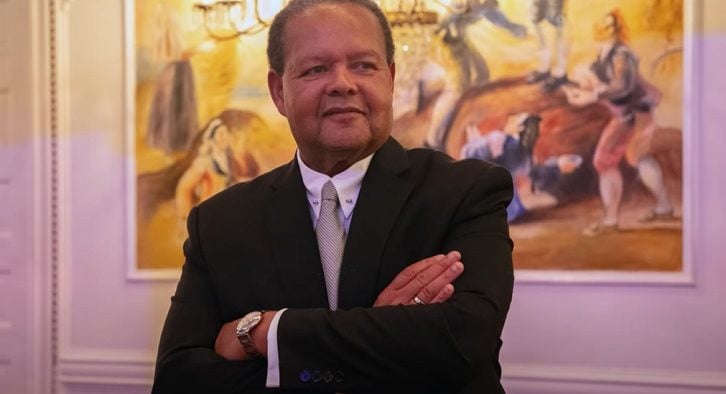 DeKalb County, GA – Rudy Crew will not be the next superintendent of DeKalb County Schools.

The Atlanta Journal Constitution reports that on Monday the School Board did not approve Crew’s contract. To read the full story, click here.

A spokesperson for the school district said, “Today the DeKalb County Board of Education voted on the approval of Dr. Rudy Crew’s contract, with three in favor and four opposed. Based on the results of today’s vote, the Board will not offer Dr. Crew the position of superintendent of DeKalb County Public Schools. The Board is reviewing its next steps and will begin the process of identifying an alternative candidate to assume the role of interim superintendent by July 1, 2020. We will share additional updates as soon as possible.”

Crew’s prospects took a turn for the worse on Friday, May 8, when the School Board met for hours without voting on Crew’s contract.

Crew previously served as chancellor of New York City Schools and the superintendent in Miami-Dade County. He currently serves as President of Medgar Evers College in New York.

But he also came with “baggage,” as School Board member Jester put it.

In his career, he butted heads with officials tasked with holding him accountable in New York and Miami.

According to the New York Times, Special Commissioner of Investigation Edward Stancik wrote a “withering report” that officials at a high school in Queens could have prevented a gang rape from occurring in a classroom if they’d listened to a warning from a teacher that a room was being used by students for sexual activity. The New York Times wrote that Stancik, “called on Schools Chancellor Rudy Crew to dismiss two administrators at the school and to discipline three others, including the school principal, Richard Ross.”

“In response, Dr. Crew reassigned three of those officials to administrative posts elsewhere,” the New York Times wrote. “The principal, who has tenure, remained in place, pending a decision by the Chancellor on whether to file formal disciplinary charges.”

According to the Miami New Times, “Although he reassigned the assistant principals after the scandal, Crew refused to remove Principal Richard Ross despite Stancik’s recommendation and parents’ outrage. According to news articles, Crew personally investigated the incident and found that ‘sufficient additional information’ convinced him firing Ross was inappropriate.”

Crew ran into a strikingly similar controversy in Miami. An 18-year-old star running back was accused of having sex with a 14-year-old inside a girls’ bathroom at a high school there. The girl’s mother complained to the school’s staff and got nowhere, so she filed a police report. The football player was arrested. The Miami New Times article alleges that “Crew’s office knew what the star football player had done” but he was allowed to play in a state championship game. After the controversy erupted, Crew put the varsity football players at the school on probation and fired the coaches. He vowed to fire 21 employees who didn’t report the crime.

The Miami New Times article says, “Despite the impressive display of authority, Crew’s reaction to the Northwestern affair is much like his response to scandals that plagued him in … New York: too little too late.” The story accused one of Crew’s direct reports of at the time of trying to interfere with the criminal investigation into employees accused of covering up the crime.

In Oregon, where Crew worked as the state’s chief education officer, he made trips that had nothing to do with his job. The Oregonian wrote, “Most of that travel had nothing to do with his $280,000-a-year job. Instead, again and again, he flew first-class to give speeches, often for pay, to audiences drawn by his charisma and the national reputation he built when he ran New York City and Miami schools.”

An audit of Medgar Evers College found that $32,421 in tax levy funds were spent furnishing Crew’s residence and $2,088 was charged to the college’s corporate credit card to pay Crew’s personal bills.

Crew responded to some of these concerns during a virtual press conference Decaturish attended. On April 30, Decaturish published an editorial questioning whether the board should hire Crew, given his problematic past. To read the editorial, click here.