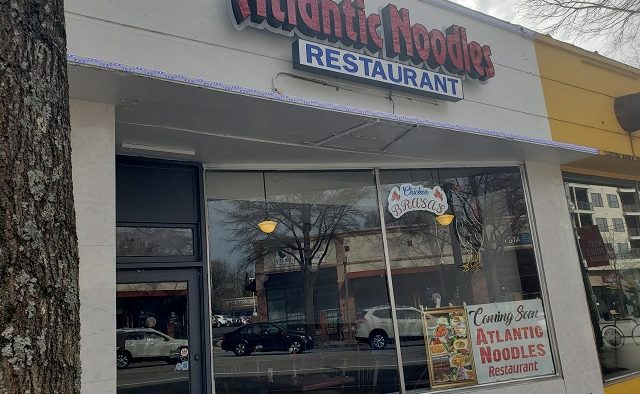 Decatur, GA — Like many restaurants, Atlantic Noodles in Decatur was struggling due to the COVID-19 pandemic.

Atlantic Noodles’ troubles have been compounded by a family tragedy. Roy Barja, the 5-year-old son of the family that owns the business, was left in critical condition after being attacked by a hit and run driver on May 31 while his family was riding bikes at North DeKalb Mall. Police have arrested a suspect in that case, Tyrus Anthony Webster. A Go Fund Me for the family reported on June 8 that the boy is in an induced coma, but was responding well to treatment.

Attempts to reach the family and the operator of the Go Fund Me account have been unsuccessful.

A spokesperson for the DeKalb County Police Department gave an update about the boy’s condition on June 30.

“It’s my understanding that the child’s condition has not changed and remains in critical, but stable condition,” the spokesperson said.

Matt Rohrig, a co-owner and managing member of Cartel Properties which owns the Atlantic Noodles space, said his company is doing what it can to help the boy’s family.

“They were planning on reopening, but they were struggling before all that,” he said. “I’ve been working with them.”

In addition to injuring Barja, Webster is charged with the Murder of Basil Naylor at Wade Walker Park in Lithonia on May 31, 2020. According to the warrant, Webster stole Naylor’s vehicle and ran him over several times, causing his death, the DeKalb County Sheriff’s Office says. The Sheriff’s Office says Webster is also charged with the theft of Naylor’s cash and credit cards which were used in subsequent fraudulent transactions.