DeKalb County, GA — Long lines and malfunctioning machines greeted voters on June 9 when they went to cast their ballot.

While voters were encouraged to vote absentee this election due to the pandemic, many voters didn’t receive their absentee ballots before today’s election.

Voters in both DeKalb County and Fulton County reported arriving early only to be stuck waiting in line for two hours. Many polling places also changed due to the COVID-19 pandemic.

All machines are down at Coan Park — there’s a line wrapped around the park. I’ve called the DeKalb elections board. They’re deploying paper ballots. Massive fail #gapol

Other voters reported the same problem at different precincts:

Been in line to vote at Ormewood Church in ATL for over an hour a half, and still a block away. I don’t think I’ve ever stood in a line this long for anything. Canceling my meetings but furious because some people can’t miss work – and they’re leaving. #gapol

Took about 1.5hrs to vote with 7 a.m. arrival. 10 machines set up in a row, but only every other one in use because of social distancing. 1 of 10 was ADA compliant. #gapol https://t.co/sXES2mTe41

I arrived at my polling place 20 min before opening; there was already a line snaking through the parking lot and down/around the block. It hasn’t moved! 🙃 https://t.co/3HofrGmXyJ

Catie Leary said her partner tried to vote at Peachcrest Elementary School this morning. He woke up at 6 a.m., got in line to vote at 7 a.m. and didn’t get to vote until after 9 a.m., she said.

“My partner and I knew voting in-person would be especially bonkers, so we initially applied for absentee ballots,” Leary said. “But even though we turned in our applications at the same time, only my absentee ballot arrived. His didn’t and so he was forced to go in-person today. Just another day in the life of a Georgia voter.”

Another reader reported a long line at the library on 1463 Pryor Road in Fulton County.

“At 7:30 they came out and told us the computers were down and they had called someone out to fix the problem,” Ashley Holtzclaw said. “No updates since then but the line is moving slowly. Still in line at 9 a.m. We were told if the computers go down again, we can get a provisional ballot to fill in but we’d still have to wait in line until we got into the building to submit it.”

When contacted at 9:30 a.m., she said she was still in line. People who were finally able to vote said the ballots are a mess.

“They’re not separating the parties on the ballot,” she said. “You have to know who you’re voting for, or it could get really messy.”

An employee of the Secretary of State’s Office told Decaturish that the state has directed local elections officials to use paper ballots if machines didn’t work. The Secretary of State hasn’t issued a statement on the issues. Baoky Vu, who serves on the DeKalb County Board of Registration and Elections, confirmed the problems, saying, “Machines are down in certain precincts across a number of counties this morning.”

Elections Board Chair  Samuel Tillman released a statement about the problems around 11 a.m.

This is a developing story and it will be updated when more information becomes available.

There are also numbers you can call: 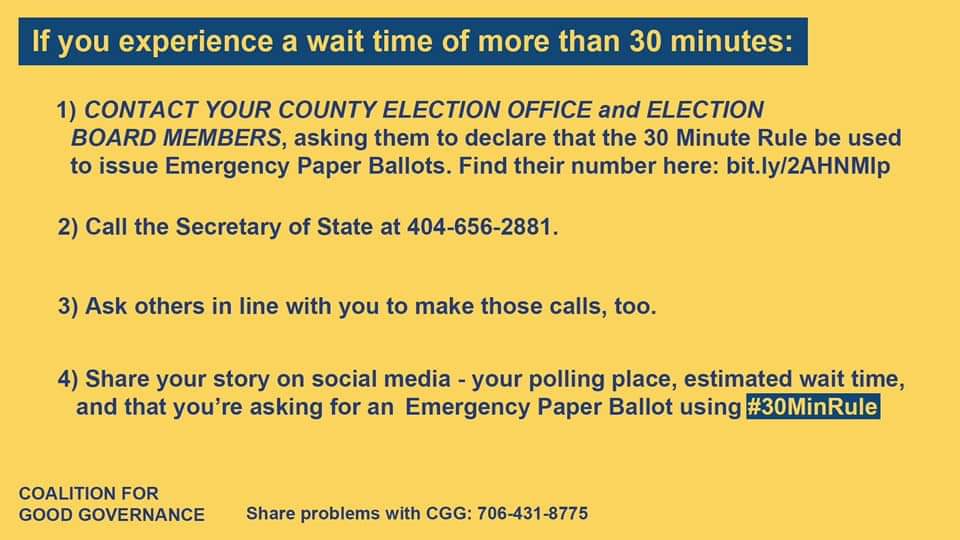 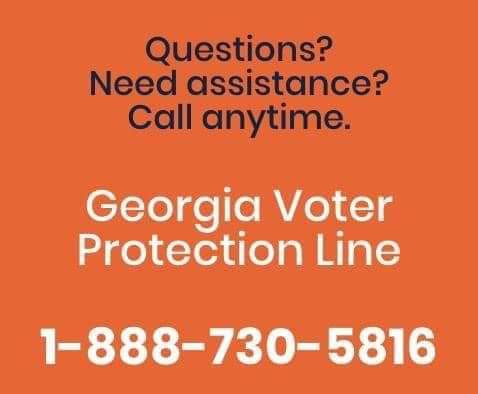