Juneteenth and the legacy of Decatur’s founders

Juneteenth and the legacy of Decatur’s founders 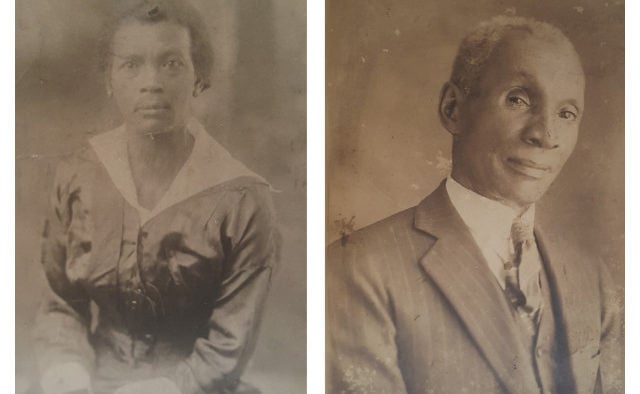 Lena Oliver and Samuel Harper met while he was working as a carpenter, along with other African American laborers, building the beloved bell tower of Main Hall at Agnes Scott College. Images courtesy Sylvia Clark
Share

Decatur, GA — On April 9, 1865, Robert E. Lee surrendered to the United States at Appomattox, Virginia. Almost two months later—and two and a half years after the Emancipation Proclamation became the law of the land—the last remaining African Americans held in bondage were freed in Texas on June 19.

On this 155th anniversary of that occasion, I would like to reflect on the history of slavery in Decatur as well as honor the legacies of just some of the formerly enslaved African Americans who built this community.

Decatur was incorporated as the county seat of DeKalb in 1823 and within a couple of years the first log courthouse was built with forced labor. In 1826, Malinda was advertised for auction for the first time, to be sold at the front door of this rough structure. Two years later, Peter, a 40-year-old man who had escaped his captor in Walton County was captured and imprisoned in Decatur’s dungeon-like jail while attempts were made to notify his enslaver.

In 1831, 17% of the entire population of DeKalb County was held in bondage. That same year, on the first Tuesday of February, 24-year-old Dick, 29-year-old Mill, and Mill’s 13-year-old daughter Clary were auctioned at the steps of a newer courthouse, this one made of brick.

By 1840, nearly one out of every five of all households in DeKalb County enslaved at least one person. In 1850, there were 32 free African Americans in DeKalb County, only three of those living in Decatur: Serena Robinson, Polly Smith, and a man with the last name of Douglas. That year 248 people were enslaved by 44 men and women in Decatur alone.

The year before the start of the Civil War, nearly a quarter of the population of DeKalb County lived in bondage. A horse trainer named Preston Webb was the only free Black person in Decatur in 1860. During the war, however, an African American blacksmith was not only a free man in Decatur but, at least according to legend, he also was one of the most substantial landowners in Decatur at the time.

As the stories go, sometime before the war Henry Oliver’s white father, who was also his enslaver, gave him a good deal of property in the area that is now known as Beacon. At one point, and before a name change in the 1980s, a portion of what is now known as Commerce was once Oliver Street in his honor. Henry’s daughter Lena married Samuel Harper and their granddaughter, a gifted artist, has been a lifelong resident of Decatur. 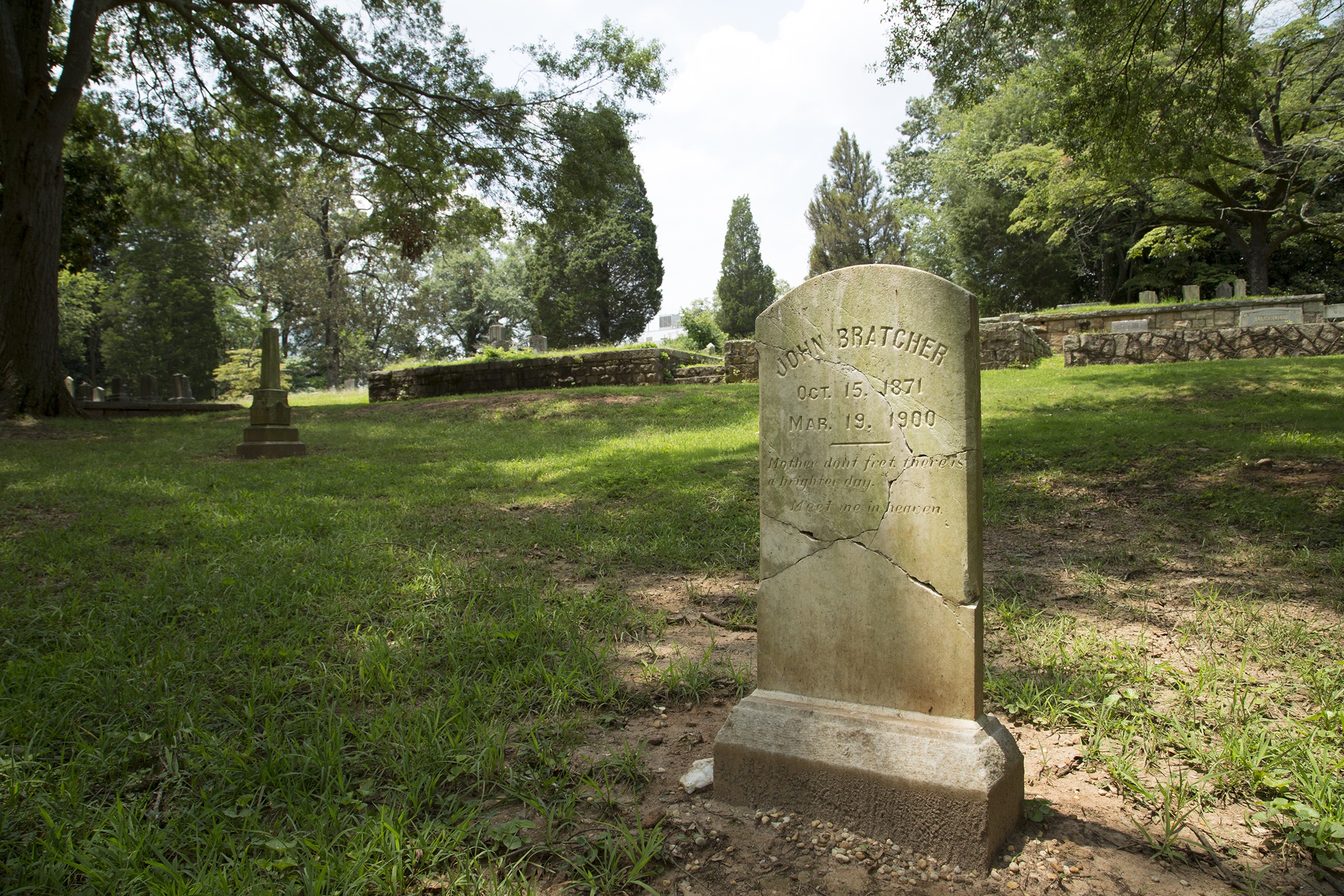 In short time, the Antioch AME congregation would raise $400 to build a one-room structure that would become much more than a place of religious worship.

Sallie Thomas Durham, her husband Sylvester Durham, and his mother Hortense Barnett were among the earliest members of Antioch AME. Sallie helped to purchase the church’s first organ, “Vesta” was a trustee, and Hortense was on the first stewardess board in 1874. Sallie was born into bondage in Athens, Ga. and in 1870 she lived and worked in the Athen household of Junius Hillyer, a former member of the U.S. House of Representatives who lived the latter part of his life in Decatur. Sallie later moved to Decatur, where she met and married Sylvester and also started her own catering business. Sallie’s daughter Clara Maxwell Cater Pitts was the director of the Carrie Steele-Pitts Home for Children for over 40 years. Several of Sallie’s descendants still live in Decatur today. You can learn more about Sallie Thomas Durham and some of her descendants in my documentary 5 Generations: From Enslavement to Public Service in Atlanta.

One of the founding ministers of Antioch AME was Jethro Brooks, born in Tennessee. Jethro was in his early twenties when he was emancipated, and he thereafter worked as a carpenter in Decatur. In 1882, all eight of the appointed DeKalb County delegates to the Georgia Republican convention were African American, and Jethro Brooks was one of them. That year, several hundred African Americans traveled to Decatur from around DeKalb County for a Republican meeting but were turned away from the courthouse because it had been recently painted. They all gathered at the Antioch AME church, instead. Unfortunately, Jethro Brooks died just a month before this meeting was held. It was reported in the Atlanta Constitution that hundreds of people, both Black and white, attended his funeral.

Only one son of Jethro and his wife Isabella Philips Brooks was born during enslavement. After emancipation, William H Brooks was a carpenter like his father. Later in his life, during the 1930s, he was a gardener and owned his own business in Decatur.

Jethro and Isabel’s daughter Adelle married Nank Wilson, who owned his own upholstery shop in the early decades of the 20th century. Another of their children, Joseph W Brooks, worked as a cook at Agnes Scott College and was a trustee of Antioch AME. He lived in Decatur his entire life and was married twice, first to Fort Sumpter Smith and then to Fannie Paschal, who was head of the Missionary Society of Antioch. Fannie Paschal’s father was Reverend Frank Paschal, who was emancipated in his early 20s in Columbia County, Georgia. Reverend Paschal was one of the founders of the Thankful Baptist Church in Decatur in 1882.

The descendants of Henry Oliver, Sallie Durham, Jethro Brooks, and Frank Paschal lived in Decatur for generations and they went on to be active members of their congregations, business owners, teachers, civic leaders, and artists. Frank Paschal, who was born into slavery, did not get to see his son-in-law, Deacon Donald G Ebster, become a charter member of the DeKalb County NAACP in 1955.

These are just a few of the many stories of formerly enslaved people of Decatur and their descendants. Partly due to decades of aggressive urban renewal, few descendants of these foundational members of the city remain today in this community, but yet we still benefit from the institutions that they built with their labor, both forced and paid. As we approach Decatur’s 200th anniversary, perhaps our city’s leaders might find ways to preserve and honor the memories of its early African Americans residents; people who infused Decatur with their values of faith, perseverance, education, and civil service. It appears that there is now some room in the City square.

Journal of a General Convention of the State of Georgia: To Reduce the Members of the General Assembly. Begun and Held at Milledgeville, the Seat of Government, in May, 1833