The boundaries of the city of Decatur. Source: Google Maps
Share

Decatur, GA – The city of Decatur is comprised of nine census tracts, each with its own response rate. In an effort to help reach the citywide goal, the City Commission will be hosting a census tract challenge during July and August with a focus on seven of the tracts, a press release from the city said.

According to the press release, residents in the census tract with the largest increase in response rate will be eligible to receive a prize in September (details to be announced).

Here’s a map of census response rates in the city’s commission districts: 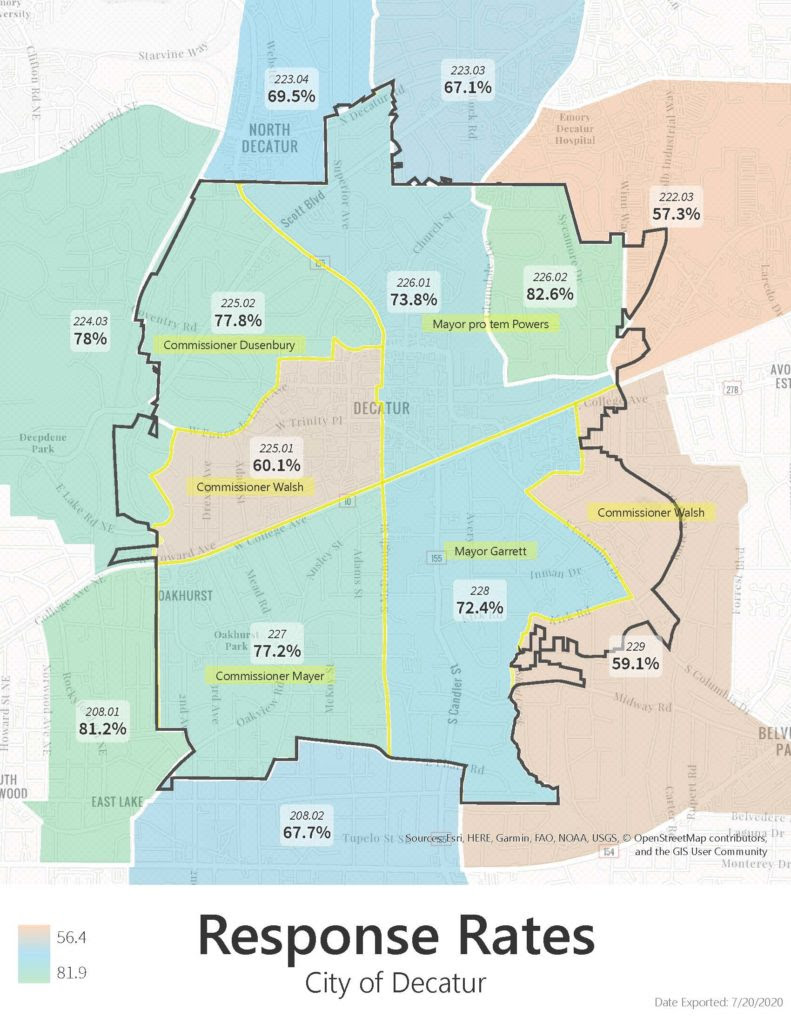 Here’s more information from the city of Decatur:

Responding to the 2020 Census is simple and quick. It will only take about 10 minutes of your time. Use a computer, smartphone or tablet and go to my2020census.gov to complete your form. Or you may call 844-330-2020. Several languages are available.  Count everyone in your household. By completing the 2020 Census you will help determine how Decatur will grow and thrive over the next ten years.

Here’s a map of the census tracts and the current response rates. Each has been assigned to a member of the Decatur City Commission. The winning City Commissioner will receive bragging rights for the next decade.

Want to keep track of your tract’s progress from now until August 20? There are two ways.

1. Check out the City’s GIS portal call Decatur OneMap at http://onemap.decaturga.com/cityofdecatur/ and add the “Census” layer to the map.

2. Check out the Census Bureau’s response rate map at https://2020census.gov/en/response-rates.html and use the tool to drill down to view the City’s response rates.