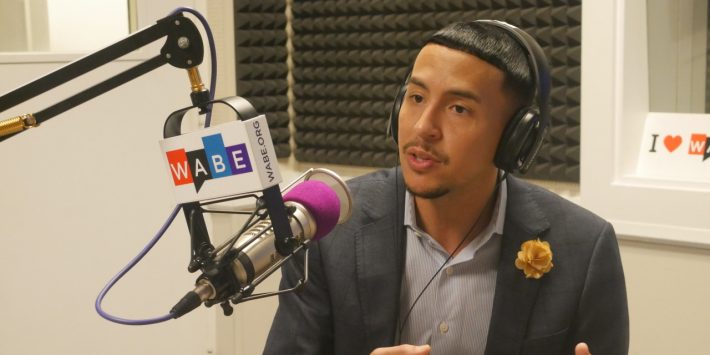 The charges come as Brown’s profile had been rising in Atlanta politics.

Brown had allegedly been “taking out loans and making credit card purchases – and then falsely claiming that he was the victim of identity theft and was not responsible for the charges or repaying the loans,” a statement from the U.S. Attorney’s Office of the Northern District of Georgia said.

“Beginning in 2012, Antonio Brown opened a number of credit cards, which he then used to make thousands of dollars’ worth of purchases for his own personal benefit,” the statement said. “Brown also obtained over $60,000 in automobile loans to finance the purchases of a Mercedes C300 and a Range Rover. Despite opening and using these credit cards and despite taking the money for the two automobile loans, Brown allegedly falsely claimed that his identity had been stolen and that someone else had made the credit card purchases or had taken out these loans.”

Brown said Wednesday evening that he is not offering comment to the media, other than to say that he is “not guilty.”

The charges stem from activities predating his election to public office, coinciding with his time building a career as a fashion designer.

Antonio Brown launched the LVL XIII luxury shoe brand in late 2012 after being laid off from his job as an accountant in New York at a luxury doll manufacturer. Brown developed the line of $500 to $1,000 sneakers through celebrity appearances – Jason Derulo is a business partner – and it is currently sold in Nordstrom and Bloomingdales. The company unsuccessfully sued Louis Vuitton in 2014, arguing that the fashion giant had copied LVL XIII metal-toed design.

Brown won a special election in March of 2019 after the death of councilman Ivory Young, edging out Greg Clay, the institutional favorite, for a berth in a runoff by four votes on 1,531 cast. Brown, 35, became the first openly gay Black councilman in the city’s history.

Brown has staked out a position as a strident progressive, pressing the city to adopt stronger policing reforms, but his initiatives received push back from longer-serving members, even in the Black community – five out of eight Black city councilpeople voted against his initial measure to sequester about $80 million in police funding, for example. Quietly, some councilmembers have accused Brown of grandstanding before more substantive work could be done.

BJay Pak, U.S. Attorney for the Northern District of Georgia, said Wednesday that Brown has known since “a while ago” that he was the target of a federal investigation.

The immediate reaction from the political community has been a mix of disappointment, outrage and fear. Atlanta has been under federal scrutiny for years, particularly in the administration of contracts for the watershed department. Last month federal prosecutors charged former Atlanta watershed commissioner Jo Ann Macrina with conspiratorial bribery, bribery, and tax evasion in connection with money and other items of value that she accepted from City of Atlanta and DeKalb County contractor Lohrasb “Jeff” Jafari.

But the turmoil of recent weeks and the political polarization of the hour raises questions for activists about any federal law enforcement activities.

“Don’t be so quick to throw Councilmember Antonio Brown away,” said Devin Barrington Ward, a former candidate for the state senate in Atlanta and a friend of Brown’s. “I still can’t see Donald Trump’s tax returns, Roger Stone is free, and the President still owes money to Russia, but the feds can prioritize what Brown allegedly did BEFORE he took office? What I do know is he is the only elected official in Georgia to offer a bill to defund the police and reimagine public safety and it almost passed.”