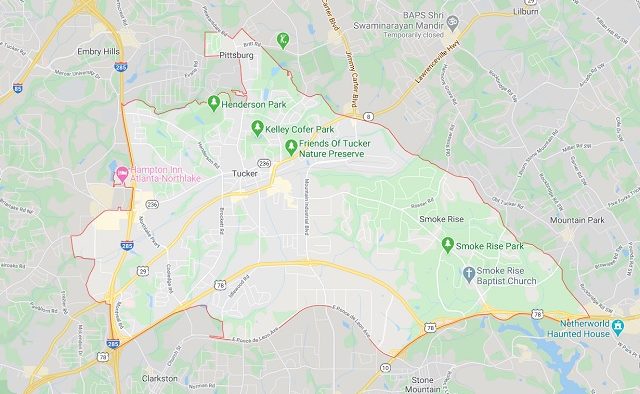 Tucker, GA — Tucker residents will have the opportunity to vote on the city’s takeover of select public works functions from DeKalb County, but not until March 2021.

The language that will be on the ballot is still being crafted because city leaders disagree about what services the city should take over and what services DeKalb County should continue to provide.

The city depends on intergovernmental agreements (IGA) with DeKalb County Department of Public Works for roads and drainage, stormwater, sanitation, and sewer services.

City council members at a special called meeting on July 20 could not agree which public works services will be on the ballot, only that the vote will be held in March.

In June, Tucker City Council met to determine which public works services to take over. City staff recommended roads and drainage, as well as stormwater. But at the special called meeting, Councilmember Michelle Penkava pushed for roads and drainage only.

Penkava said the meeting was an opportunity for Tucker to request a higher level of customer service, and to redefine the IGA with DeKalb County. Another meeting is planned for late July or early August, according to the city spokesperson.

“I still have the same concerns about [voting] in November: The timing economically for everybody. The timing to have a well-informed referendum. … If we were to target March instead of November, that would give us ample time with still an insistence on moving steadily through the process,” Penkava said, promising to continue working with DeKalb on behalf of Tucker City Council.

City Engineer Ken Hildebrandt, who made the recommendation last month to include stormwater, reminded council members about the city’s “aging infrastructure.” He called into question the reliability of DeKalb County Public Works Department to respond quickly and efficiently.

Tucker has three dams; two need repairs that could cost up to $3 million. Data provided by DeKalb County shows Tucker has 150 miles of stormwater pipes. Sixty percent of the pipes are metal, and 80 percent of those are at or beyond their life expectancy.

In April, emergency flooding at Lake Erin unexpectedly cost Tucker $9,000 for jetting the outlet pipe to reduce the water level, and $10,000 to repair a pedestrian bridge due to water damage.

Mayor Frank Auman, who visited the lake, said, “That thing was a disaster and a genuine emergency. There were dozens of emails, phone calls, reports, references to reports, letters back and forth… When we finally pulled the trigger and spent to money ourselves, without even knowing how much money we were ultimately going to have to spend, without [DeKalb County officials] having responded and told us, our contractor showed up with the equipment and theirs showed up [at about the same time]. We are not here to bash the county, but on that particular case, it was absolutely an emergency. I spent three days going over there myself, looking at the water level, looking at the drainage, looking at the potential damage, and losing sleep over that dam having a serious problem.”

He added, “This is the kind of thing that has been going on. Not to this extreme, but for a long time.”

Councilmember Bill Rosenfeld said he is tired of delaying.

“I’m tired of seeing us kick the can down the road… We need to take a good hard look at what we are providing for our constituents. It’s very important that we move forward with this,” said Rosenfeld. “I think the county needs to know we are serious, that we are tired of being overlooked, and they’re not responding to the needs of our city. We were elected to do one thing – make Tucker better.”

After weeks of deliberation, Tucker City Council passed a resolution calling for a special election for a referendum to amend the City Charter to add public works, and to increase the max millage rate to 2.75 mills.

Council members voted to pass the motion, 6-1. Noelle Monferdini was the only member to vote no.

Monferdini said Tucker is currently taxed approximately $2.4 million in property tax for roads, and $4 ERU per household for stormwater.

“We are currently taxed for a service that we are not receiving adequately,” she said. “The motion was amended to remove stormwater and delay the referendum to March 2021. I voted no because stormwater needs to be part of the larger picture of Public Works, as we have several dams with years of deferred maintenance, and multiple miles of aging infrastructure that needs attention.”

If residents pass the referendum in March 2021, Tucker will become responsible or whatever services Tucker decides to take over later that year.

In other council business:

– Director of Parks and Recreation Rip Robertson announced plans to renovate Fitzgerald Field will go out to bid. A new team from National Independent Soccer Association (NISA) is eyeing the field for home court. Robertson said the 1,500-seat stadium has the potential to become a premier location for football, lacrosse, rugby, soccer, and concerts.

– Tucker city staff is reviewing its process for special events permitting to streamline the application process and protect businesses affected by shutting down Main Street for major events.