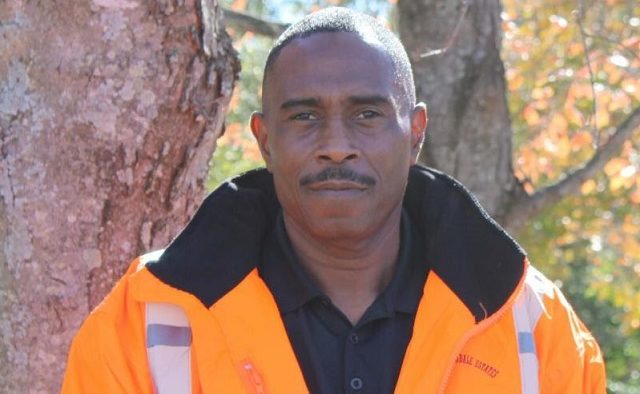 While Bryant said the firing was related to Armstead’s job performance, Armstead alleges that his friendship with former city manager Clai Brown — who ran unsuccessfully for mayor against Mayor Jonathan Elmore last year — was a factor in his termination. He also said he was targeted because he asked questions about proposed renovations to the public works building on Locust Street.

“I can’t support either candidate, but I had a close tie with one of the candidates for mayor [Clai Brown],” Armstead said. “That was part of the reason why the issues were placed in my direction. That was probably the initial reason for that, then, of course, there were some questions that I asked as far as money being allocated to renovations for the public works building.”

Bryant said this is not true. He said Bryant failed to complete a stormwater report required by the state Environmental Protection Division after the city was given a 60-day extension and there were other issues related to his performance.

“That was one of many failures to perform his work,” Bryant said. “This is not an action I’ve wanted to take. We’ve worked with him for well over a year. We were meeting with him on a weekly basis to go over work product. He failed to satisfy. It was a pattern of insufficient work performance. It became time for the organization to move in a different direction. His assertion his termination had anything to do with his relationship to Clai Brown is ridiculous. This was strictly a job performance issue and we wish Bryan the best on his future endeavors.”

Armstead said weekly meetings did not occur and he disputed Bryant’s account of events.

“I gave my heart and soul to Avondale Estates,” he said. “That stuff is not true. Not at all.”

Former city manager Brown accused Mayor Elmore of failing to improve the city’s public works building. Elmore, who ultimately won the election, said during a mayoral forum last year that while $600,000 was budgeted for improvements under Brown’s time as city manager, the actual project was estimated to cost $1.2 million, which was not feasible.

The City Commission approved up to $50,000 to fix problems at the building but ended up spending only $8,000.

Armstead said the building had several problems, including a rat infestation, bugs and leaks.

“Once they renovated it, they installed a door, one door in the restroom,” he said. “They repaired the sheetrock in the restroom and repaired a hole in the breakroom and they bought furniture.”

The City Commission is currently considering using CARES Act money, the federal coronavirus relief package, to make additional improvements. Avondale could receive about $354,000 from the county that would have to be spent by the end of the year.

Armstead said Commissioner Lionel Laratte asked to tour the building and he believed that he was going to accompany him to discuss the problems. Instead, Bryant gave the tour.

Bryant said that it would’ve been inappropriate for Armstead to give the tour because, under the city’s charter, city commissioners are not supposed to direct staff members.

“My employees and the commissioners, in order to respect the bounds of the charter, do not communicate,” Bryant said. “It was my responsibility, not Bryan Armstead’s. It had nothing to do with silencing him because we made all the repairs he suggested in the first place.”

Bryant said renovations to the public works building had nothing to do with Armstead’s termination.

So what’s the reason for all the wildly different estimates about the cost to repair the public works building?

Bryant said the current facility was purchased more than a decade ago and isn’t what the city needs. Before Brown resigned as city manager, he budgeted $600,000 to completely renovate the building. But a consultant estimated the cost would be $1.2 million and the city would’ve needed to borrow money to pay for that project.

The city commission asked Turner to look at other places for a public works facility and at one point was negotiating with the owner of a location, but those negotiations fell through.

The $50,000 budgeted for renovations was to make immediate repairs while the city worked on a longer-term solution, Bryant said. Most of that was supposed to cover a separate women’s restroom facility, but there wasn’t a need because there’s a private bathroom that can be used as a women’s restroom, he said. There also are no female employees currently working in the public works building.

“We sat down with Bryan Armstead and said, ‘Bryan, give us a list of what you think the immediate repairs need to be,'” Bryant said. “He gave us a list that included repairing some dry walls, fixing some roof leaks, fixing a hole in the exterior of the building and replacing a garage door and a garage door mechanism. So, we went out and solicited quotes for all of those items, and once we got quotes for those items which were substantially less than the $50,000 budgeted.”

Bryant said after the repairs, he approached the board about working with a commercial real estate agent to look for a new facility. The city has been looking for several months but hasn’t found anything that matches the city’s needs. “So, while we’re doing that, I went back to the board and said, ‘Hey, we’re having trouble finding a new facility, we don’t have money to build a new facility, why don’t we consider further renovating the existing facility, stay in there longer than we had anticipated and then go from there?”

Armstead said on the day he was terminated, he was escorted out of the building by Police Chief Lynn Thomas.

“I wasn’t upset,” Armstead said. “There was no other language, no inciteful language [used].”

Bryant said it was standard procedure for terminating an employee.

“Any time I terminate an employee, I solicit a police escort to ensure no public materials are destroyed and removed from the premises,” Bryant said.