George on Georgia – What happened to the pandemic money that never arrived?

George on Georgia – What happened to the pandemic money that never arrived? 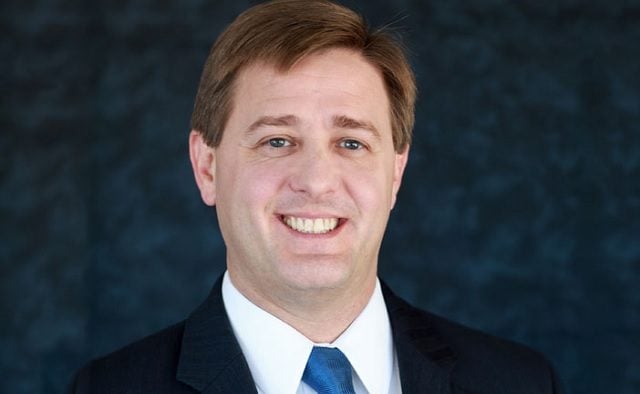 But there’s desperate, and then there’s desperate. Because some people never got unemployment compensation deposits from the state Department of Labor. And right now, they’re well and truly screwed.

These folks have been calling everyone they can for months. And the state senators and state representatives who have been on the receiving end of this desperation with no way to do anything about it are pissed. They’ve been shouting from the church steeple since April that the system isn’t working.

State Sen. Sally Harrell has been particularly vocal about the denial problems, and the lack of responsiveness to inquiries. She’s been fielding phone calls from across her district for months, and hasn’t been able to get the department to give legislators a pipeline for resolving disputes. This is politics 101 – you can’t screw with elected officials without consequences.

Legislators have been hosting press conferences all week at 10 a.m. across the state at Department of Labor offices to call for immediate action for citizens who haven’t received unemployment benefits.

“Commissioner Mark Butler has to step up and do his job. He must be held accountable. No more excuses! Georgians can’t wait and deserve to have their unemployment checks paid now,” said Rep. Kim Schofield. “Where is the help for Georgians thrown out of work because of the pandemic? Why — for months — are checks not being processed? It’s a complete government breakdown!”

Legislators want the department to prioritize backlogged unemployment checks, hire and train additional staff to investigate and resolve claims over 30 days old, establish a moratorium on evictions and utility payments across the state until the DOL can process their backlog and to create an emergency call center for customer service questions.

The department responded to the legislators with … well, a little snark.

“We here at the Georgia Department of Labor are very disappointed in the actions of certain members of the Georgia State Legislature,” the DOL said in a statement. “After working with several Georgia legislators from both sides of the aisle, we implemented a process for these elected officials to forward information to our office regarding older claims. Ironically, some of the legislators present at today’s press conference have had their constituent issues personally handled by the men and women working inside the location they spoke in front of.”

I don’t think anyone views the claim problem as partisan — Republicans are just as likely to be hurt as Democrats right now. I also think this is a managerially-difficult problem to solve.

I had a long talk a month or so ago with Mark Butler, the commissioner for the Georgia Department of Labor. I was a bit surprised that he took my call after I ripped the state over its reopening plans earlier this year – a viral Facebook post suggesting that Governor Brian Kemp’s reopening strategy was being driven by unemployment compensation issues.

Butler talked through what was happening with claims, because I’ve been keenly interested in one metric that would tell the story here: has the proportion of rejected claims risen or fallen since the start of the pandemic? If, suddenly, it became harder to claim unemployment, I might be more willing to suspect malice in place of error.

But the approval rate in Georgia didn’t dip. It’s probably a bit higher now than it was before the pandemic. The problem is volume. When 50 times as many people are filing for unemployment, problems that can be sorted out by a staff of 100 become insurmountable.

The Department of Labor is facing a managerial nightmare that some aspiring operations management graduate student probably needs to get a close look at. There is no way to simply hire a thousand more clerks to handle claims, because sorting out the vagaries of a rejected claim takes experience. A brigade of new clerks would create more problems than they would solve.

The department is also facing a serious fraud problem. Not from individual claimants – I honestly got the impression that he wasn’t particularly concerned about penny ante stuff – but from organized crime. Somehow, some corporate entities have been trying to game the system, creating fake claimants en masse and collecting the deposits from a bunch of different claims. The Georgia Attorney General’s office has been investigating this problem for months now, and should announce the results soon.

That, of course, doesn’t make someone about to be thrown out of their house less screwed.