House fire in greater Decatur results in one death

House fire in greater Decatur results in one death 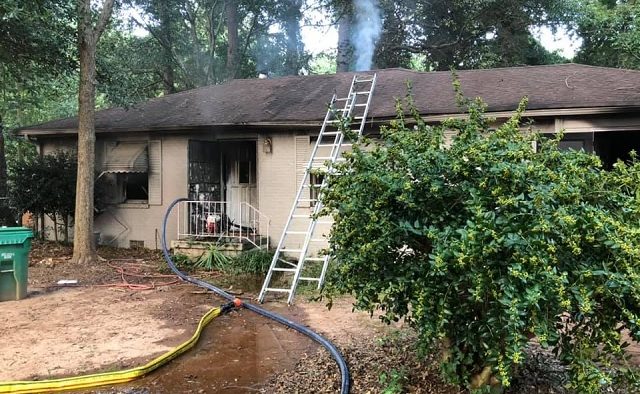 Greater Decatur, GA — DeKalb County Fire Rescue responded to a house fire in greater Decatur on Aug. 30 that resulted in the death of an elderly man.

The home is located on Knoll Drive.

Firefighters responded to the blaze at 4:50 p.m.

“Units responded to a house fire with reported entrapment on Knoll Dr. E26 arrived on the scene to heavy smoke a flames showing from the rear of the structure,” the Fire Department said in a Facebook post. “Crews had to quickly darken the flames from the outside of the home before making entry. Unfortunately, the elderly male was not able to survive due to the conditions inside the structure. The fire is currently under investigation. One firefighter was evaluated for heat-related illnesses.”

It wasn’t the only fire that firefighters responded to on Sunday.

The Atlanta Journal Constitution reports that DeKalb County firefighters responded to a fire at the Georgetown of Atlanta Condominiums on Colonial Way. No deaths were reported, but the fire left 17 people homeless, the AJC reported.