DeKalb County, GA — The county Elections Board has released the results of the Aug. 11 runoff election.

All results should be considered preliminary until they are certified. Here are the likely winners:

– With most of the precincts reporting, Michele Henson lost her reelection fight to Zulma Lopez for the House District 86 seat. Henson has served in the state House since 1991.

– Robert Patrick defeated Cynthia Yaxon in the Democratic primary for County Commission District 1. If he prevails, he will face Nancy Jester, the incumbent Republican commissioner, on Nov. 3.

Here are the early returns for the Aug. 11 runoff election as of 12:45 a.m., Aug. 12. Unless noted, all of the results are for the Democratic primary runoff: 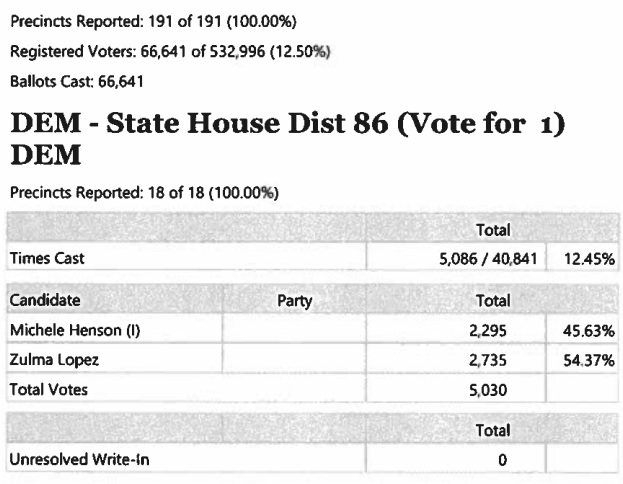 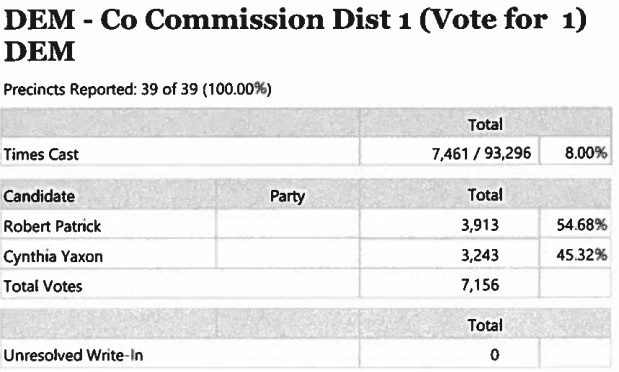 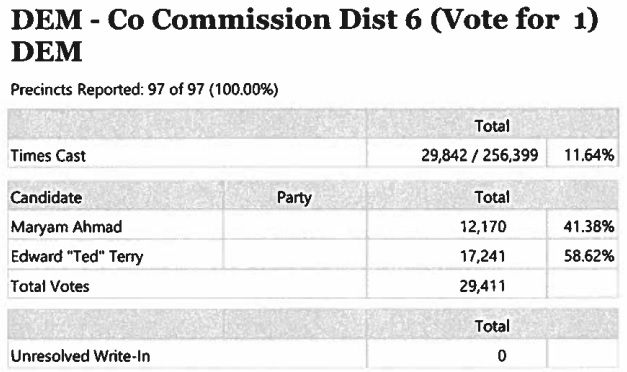 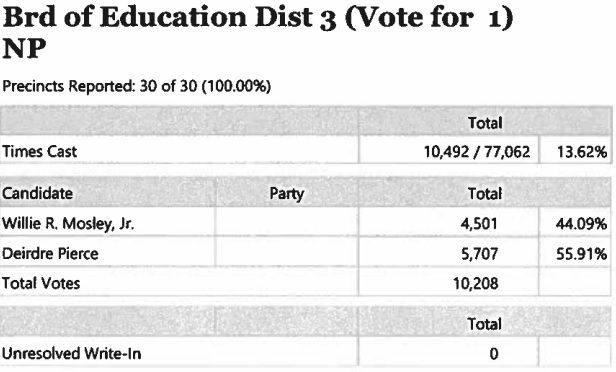 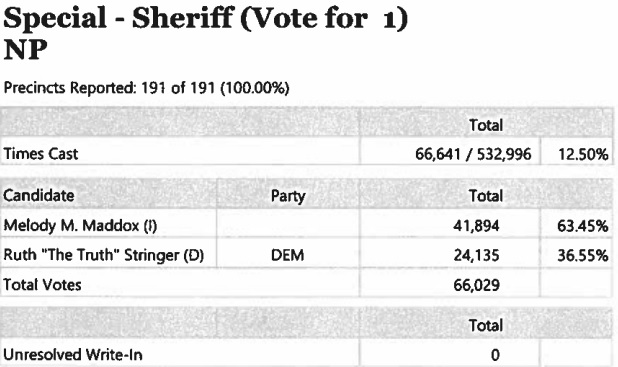