Review: Exquisite Delites offers a chance for fine dining in the comfort of your home

Review: Exquisite Delites offers a chance for fine dining in the comfort of your home 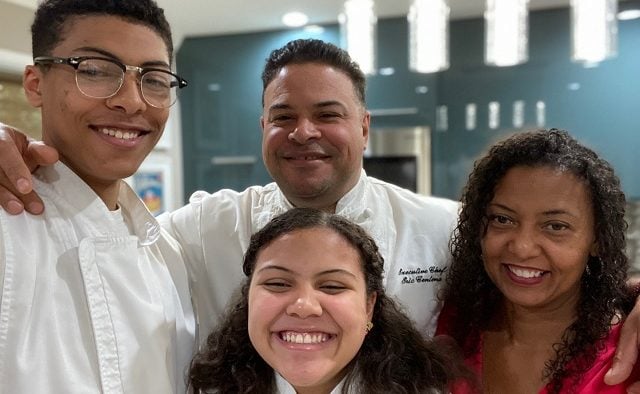 Greater Decatur, GA — The original idea for Exquisite Delites was to open a catering business.

After 36 years as a chef and 22 years in Atlanta, honing his skills at places like Bone’s, the Ritz Carlton, and the World Trade Center Atlanta private club, Chef Eric Centeno had already slowed his pace a little from the 80-90 hour weeks expected of an executive chef.

“Family is first for me but being in this industry it’s very hard to juggle,” he said.

Centeno and his wife Sandra had sometimes discussed starting a business.

“We knew how much it would take and how hard it would be,” he said. But when one of his former WTC Atlanta patrons went so far as to buy catering equipment so Centeno would cook for an event, the chef said, “I started thinking, maybe this could be an opportunity.” 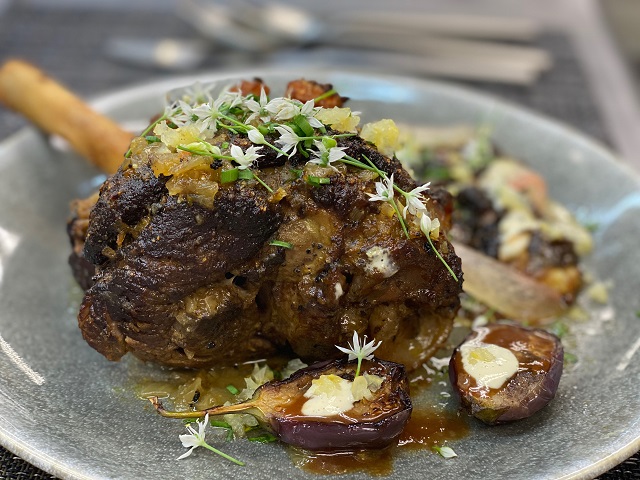 Chef Eric Centeno’s grandfather was a chef in Puerto Rico who then opened a grocery store in New York, and Centeno grew up in New York cooking with his mother. Food is a passion and a skill he also shares with his wife Sandra and their two teenagers, 17-year-old Joel and 14-year-old Sadia. The Centeno children both contribute to running the business along with their parents, and each own 10 percent of it.

“It’s a family business,” Centeno said. “I’m a firm believer in investing in the neighborhood you live in. We live here. We want to make it better.”

When they leased the location at 3411 Covington Drive near the Belvedere Park neighborhood, there was no plan to do anything other than cater. The permitting process took eight months longer than expected, and the process of renovation was full of the typical surprises.

“This whole thing has been a ride. We signed our lease last year in July, and didn’t get our permit to build out until February,” said Sandra Centeno.

Then the pandemic happened.

“Right at the end of February, people started canceling. Then March was just toast,” said Chef Centeno. “We said, OK, we can ride this out, we can wait, and not do anything, or we can just take the opportunity and let’s just burn the boats. That’s what we did,” Centeno added.

What to do? Take out. For every day, tacos. And on weekends, a series of special “Taste of” dinners featuring a different cuisine every week.

The tacos are excellent.

They came out of a series of experiments in making Mexican food with a Puerto Rican Borinquen twist, which Centeno calls Bori-Mex. I tried carne asada (beef), pollo tinga (chicken), and shrimp, and each was spicy and flavorful in a distinct way.  A family dinner that will feed 4-6 people includes three proteins, tortillas, rice, beans, and salsa. The menu also features Mexican street corn and burrito bowls.

However, the weekly “Taste of…” dinners are extraordinary. I tried Centeno’s take on Persian food, which started with a pickled watermelon salad that was light and had just the right amount of goat cheese crema and tarragon vinaigrette, plated with artistic swirls and dabs. I sampled both some lamb shank, flavored with cinnamon in a characteristically Middle Eastern style and a citrusy fish. Both were garnished with garlic chive flowers and accompanied by roasted tiny eggplants and buttery rice cooked with dried cherries. Dessert was a small white chocolate cake flavored with rose water and topped with strawberries.

All of this was accompanied by a “Persian Sunrise” cocktail made with vodka, cardamom, ginger, and mint. The combination has a tasty grapefruit tang and utterly conceals the vodka.  I also tasted a rum punch which was citrusy and not too sweet.

It’s easy enough to get take-out food these days. However, what many people are still missing is the experience of going out to a really good restaurant. This is the closest you can get to that experience while still at home, with a world tour thrown in. 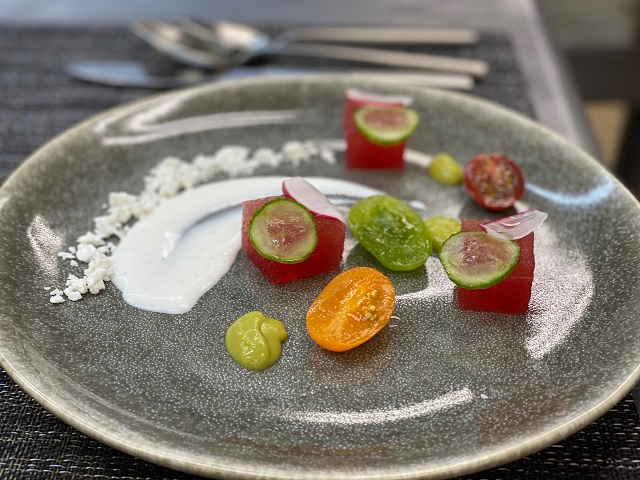 “We’ve done Taste of France, we’ve done Taste of Spain, Italy, the Basque region, the Mediterranean, Haiti,” said Centeno. Future possibilities include Brazil, Japan, and Korea. Centeno said Brazil was giving him a bit of trouble because their cuisine is in the process of changing.

“Brazil is going through a resurgence of sorts where they are realizing that they need to look inward, and figure out who they are and develop a fine dining scene off of that,” said Centeno.

One of the fortuitous effects of the Centenos’ original plans going by the wayside is that now there is fine dining much closer to the surrounding areas, including Winnona Park and the cities of Avondale Estates and Pine Lake than it has historically been. You can get out the candles and nice linen if that’s what you like, and have a meal prepared with the flavors and skill that many dedicated foodies have been missing.

“We’re just trying to reinvent ourselves in order to survive, like everyone,” said Sandra Centeno, adding, “We had to do something else. And the something else is bringing good food to our neighbors.”