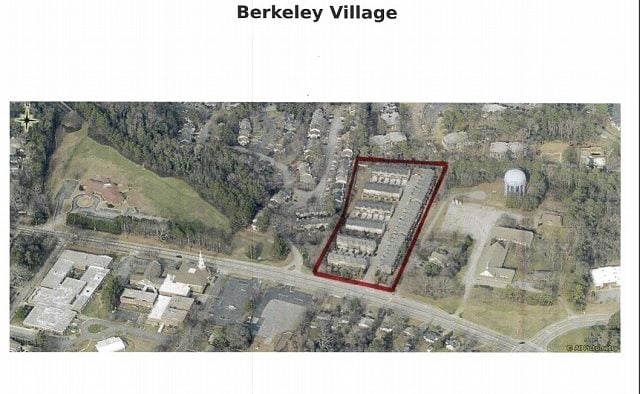 Image obtained via the city of Avondale Estates.
Share

Avondale Estates, GA – Avondale Estates is welcoming the Berkeley Village Townhomes into the city after the City Commission on Aug. 31 voted to annex the neighborhood.

There are 60 households in Berkeley Village, which is located on Covington Highway between the Avondale Estates First Baptist Church and Avondale Pattillo Methodist Church. The neighborhood previously discussed annexation in 2017 but this was the first application residents submitted, Decaturish previously reported.

“Anytime a neighborhood wishes to annex into a city there is a method called the 60/60 approach, whereby there is a yearlong window where 60% of the homeowners and 60% of the registered voters have to sign a petition asking the city to consider annexation of their neighborhood,” City Manager Patrick Bryant said at the July 20 regular meeting.

Residents of Berkeley Village submitted an application that the city found to be full and complete and met all of the requirements, Bryant said. City staff was also able to verify the signatures and match residents to the voter rolls released by DeKalb County.

Some concerns were raised about the validity of the petition. Berkeley Village resident Kelley Sheffield shared worries on behalf of herself and her mother, Sherry Sheffield. Kelley said their main concern is that one resident who signed the petition doesn’t live in the neighborhood anymore and did not live there when the petition was going around to residents.

They also had concerns about the number of homes that have been sold since the petition started until now.

“Point is that this process has gone on for many, many months. I feel, for the sake of clarity and transparency, that this process should start over because it’s been so long since this petition started,” Kelley said.

“I’m comfortable with the steps that were taken by the city and the city attorney to validate that and look forward to these folks being a part of our neighborhood,” Mayor Pro Tem Brian Fisher said.

Berkeley Village Board President Inga Harmon said residents and the board went through the application process exhaustively as far as attending meetings and obtaining signatures.

“All of our signatures are valid,” Harmon said. “We met with several people at Avondale as well and went through the process several times as far as three times in correcting anything that you all needed.”

Berkeley Village resident and board member Angel Dunlap said that she was initially opposed to joining Avondale at the beginning of the annexation process.

“I really have seen the benefits of being a part of the community and also the love of the community, the businesses, the culture of the group and it’s growing atmosphere. I definitely want to be a part of it,” Dunlap said. “As some others have had concerns I did too but I also feel like it’s really great for the community.”

“This is exciting,” Mayor Jonathan Elmore said. “We’re happy that you want to join our city and that you feel like this is a city worth joining.”

The City Commission will meet again on Thursday, Sept. 3, at noon through Zoom to continue the discussion on hiring a consultant to review the police department and will begin to interview the candidates.