Dear Decaturish – We Are All Cousins

Dear Decaturish – We Are All Cousins 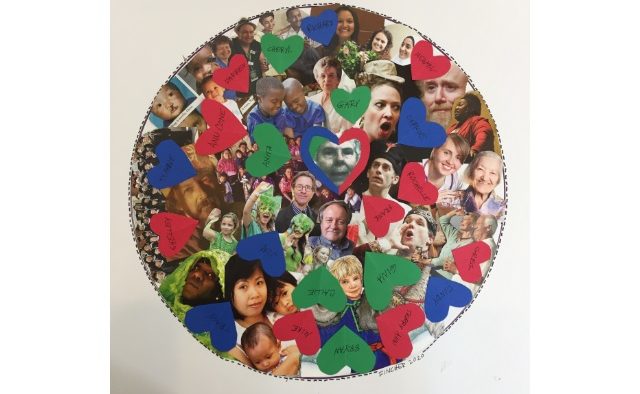 Last month I listened to a talk by Jane Elliott, an American diversity educator, sponsored by the City of Decatur, Better Together Advisory Board.

In 1968, the day after Martin Luther King was assassinated, Ms. Elliott led her class of 3rd graders in an experiment. She divided the class into two groups based on eye color: blue or brown. The first day she designated children in the brown-eyed group to get extra privileges, praise, and respect. The blue-eyed group was treated less well, criticized, and disrespected.

Ms. Elliott found that children in the privileged brown-eyed group excelled in their school work that day, even those who were previously identified by the school as having intellectual or learning deficiencies. The children in the blue-eyed group performed below expectations, even those previously identified by the school as intellectually gifted.

The take-away? Physical characteristics are not a valid basis for identifying intellectual performance. This finding challenges racist assumptions that there are differences in the intellectual abilities of people of different races.

Ms. Elliott further challenged the notion of racial differences by pointing out that all humans alive today descended from a single group of dark-skinned ancestors in Africa. This means that we are all 30th to 50th cousins, no matter what the color of our skin. She referred us to a book by Robert Sussman, PhD, The Myth of Race: The Troubling Persistence of an Unscientific Idea (2014, Harvard University Press).

In focusing on this information through the lens of creating mandalas (circular designs that carry psychological significance), I pondered the truth that everyone is my cousin. Yes, we are different colors, with varied hair textures, cultures, languages, and lifeways. We are all family. And nothing is better than a circle for holding disparate images, ideas— and people— and unifying them.