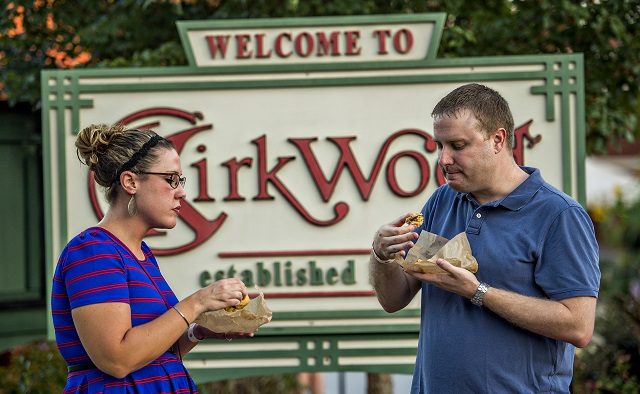 Atlanta, GA — A modified, socially distant version of the annual Kirkwood Wine Stroll is planned for September 19, from 2-8 pm. There will be live music, but instead of on a fixed stage, it will be on the move.

The event was announced during the Sept. 10 Kirkwood Neighbors’ Organization meeting.

“We couldn’t have 1,500 people crowding up the streets of Kirkwood, unfortunately, so instead we’re going to have three bands rolling through the neighborhood,” said Sumarie Forrester. Residents can watch from their front porch or take a chair to Coan Park or Bessie Branham Park and spread out. There will also be a live stream of the event.

“You can pick up food from the local Kirkwood businesses and watch the bands from your front porch or on the Livestream,” added Forrester.

– State Rep. Bee Nguyen told the KNO that in the main Post Office hub in Atlanta, nine sorting machines were dismantled. Because of that voters are encouraged to use early voting or to use the secure drop boxes for mail-in ballots that will be available.

“DeKalb ordered 20 drop boxes so there will be more locations than there were in June,” said Nguyen.

– Unemployment applications are still backed up as they have been since March. The Department of Labor has a new process to allow representatives to refer constituents to a DOL representative.

“I do that on a daily basis,” said Nguyen.

– Atlanta City Council Member Natalyn Archibong reported that both the commissioner and the deputy commissioner of the Department of Public Works have resigned.

“That department is in a state of leadership flux, but we’re hoping that new leadership will result in better service delivery,” said Archibong. Justin Johnson will be the interim commissioner.

– Tamara Graham, a Green Infrastructure Project Manager for the Department of Watershed Management, presented information on the upcoming Warren Street Stormwater Project. The area affected will be between Warren and Howard on Hallman Street. The project is prompted by the aging state of existing infrastructure, flooding, and sinkholes that have developed in the area, and it is being funded through the municipal option sales tax. The green infrastructure plan will include bioretention and new tree plantings.

– KNO approved a request for a variance to the required setback at 163 Murray Hill Avenue, which would allow the owner to build an addition to an existing residence. KNO also voted to support city legislation that will allow Valero to build a liquor store adjacent to the existing gas station.

– Karen Hatcher called for volunteers to help with the printed KNO newsletter, which will be distributed to every Kirkwood resident via porch drop.