Body found may be that of missing Decatur teenager; one person in custody

Body found may be that of missing Decatur teenager; one person in custody 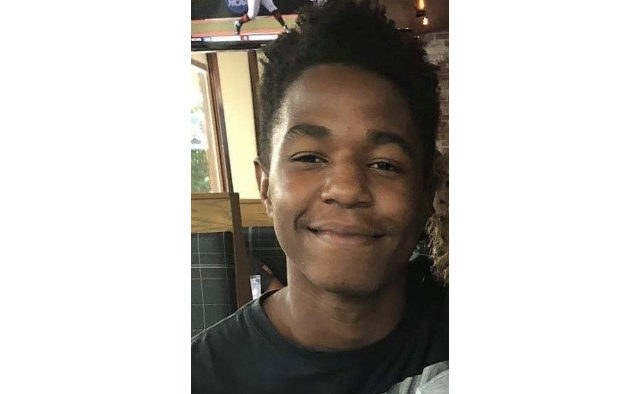 Decatur, GA — Anthony “AJ” Haszelton Jr, 16, has been missing since April 19 when he was last seen at his Decatur home.

Now investigators may be close to solving the mystery of his disappearance. The DeKalb County Police Department turned the case over to the Georgia Bureau of Investigation. The GBI confirmed to Decaturish that a body has been recovered and that one person is in custody.

Charli Rey Ramos, 19, was arrested on charges of malice murder and concealing the death of another person, the GBI said.

“The Greene County Sheriff’s Office requested the GBI to investigate skeletal remains found in the woods along Highway 15 South in Greensboro, GA,” spokesperson Nelly Miles said. “The GBI is working with the DeKalb County Police Department due to a possible link to a missing person’s investigation out of DeKalb County. The remains will be sent to the GBI Medical Examiner’s Office for a positive identification and autopsy.”

Foul play was suspected early on in the case.

DeKalb County Police held a press conference on May 22 to discuss the case.

A spokesperson for the Police Department said at the time, “Initially, his disappearance was being investigated as a possible runaway, but evidence has led investigators to believe foul play to be involved.”

Police became involved on April 23 after meeting with Haszelton’s mother who told officers she believed her son was in danger. She told police she last saw her son at 11:30 a.m. on Sunday, April 19. That evening, she discovered a young girl hiding in her son’s closet. The girl said she was waiting for Haszleton to come back after running an errand.

Initially, Haszelton’s mother wasn’t concerned when her son didn’t return because he had a history of running away. The next day, she received a call from another unknown female who told her that her son was in “grave danger,” according to the incident report.

The female told Haszelton’s mom that he had gone to Greene County with an older man who is also a known gang member. Greensboro, where the body was located, is the county seat of Greene County.