George on Georgia – Hawaiian shirts and blood on the carpet

George on Georgia – Hawaiian shirts and blood on the carpet 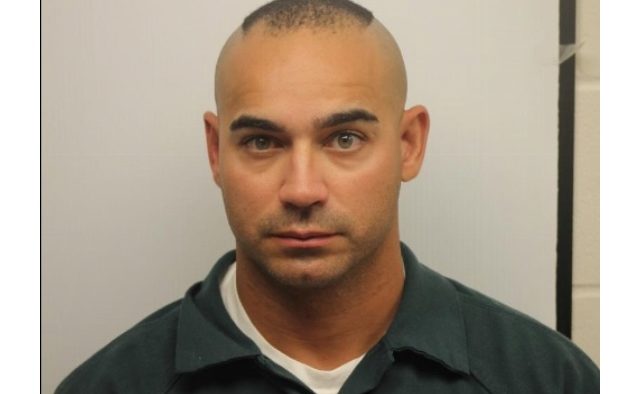 Guys in Hawaiian shirts make my teeth itch even on a good day, unless they’re playing a ukulele. Better, when those shirts aren’t covered in Glocks. These days, I am paying much more attention to the sartorial choices of people picking fights, especially when they’re local. And I’m not alone.

Sunday afternoon, a group of Black Lives Matter protesters in Savannah drew the attention of Fredrick James, 34, of greater Decatur. He rolled up to the protest as they were closing down an intersection in an act of civil disobedience. James was captured on video throwing what people learned later was a smoke bomb into the middle of the crowd laying in the street.

When people started pelting the truck with whatever was handy, he got out with a gun in his hand.

We’ve seen this play before.

Their Boogaloo Boy uniform of choice, oddly enough, is the Hawaiian shirt. It’s absurd. So much is absurd today. This is the one James was wearing.

James caught an aggravated assault charge. He has been denied bond. Police in Savannah aren’t offering much more than what is on their initial incident report.

Both I and the collective commentariat have their antennae raised high out of fear that the election will bring political violence. The chatter seems to be getting louder, and the incidents more frequent. But a few things about this strike me as particularly odd.

What was James doing in Savannah at all when he lives in a house in south DeKalb?

I can speculate: he wasn’t just in Savannah on a lark. Did he go there deliberately looking for a Black Lives Matter protest to intimidate with armed violence?

You see, he changed his name in 2010. He used to be named Fred David Hendricks, according to the publication record of the Gwinnett Daily Post. The birthdays line up.

As a young man in Gwinnett, Fred Hendricks got into a lot of trouble. He has multiple convictions for weapons violations. The last conviction, for carrying a concealed weapon on school property in 2010, should have been a felony conviction. Prosecutors accepted a plea deal to reckless conduct.

A few hours after the attack, footage taken from a nearby building made its way to far right websites and Facebook groups, which seem to have been built recently with the intent of promoting this violence.

The “Savannah Freedom Exchange” described this as “a male pick-up truck driver decided to toss harmless green smoke, common in emergency kits, into the middle of the cluster of concrete-lying individuals,” and the guy with a gun as “[i]n perfectly legal defensive posture, the owner of the vehicle warned the individuals to get away. They failed, so he exited the vehicle and drew his conceal-carry weapon.”

This Facebook group didn’t exist before April of this year. It is a propaganda page for the alt-right.

And the response to this act of violence is … well, what we might expect at this point. Line after line calling for social justice protesters to be murdered in the street.

I should have something uplifting to say about how we will all come together after this is over, to repudiate the hatred in our midst. But I cannot help but notice how all of this is affecting me. I’ve been just that much more ready to bite someone’s head off in a conversation about this stuff. Ignoring what is happening is what got us to this point; exposure to it slowly makes it easier to adopt the stridency of others. A willingness to fight wins attention, more than a desire to build bridges does.

Even now, I am giving air to the fire.

Four years ago, after I watched a clueless upper-middle class white woman from Candler Park pantomime at voter outreach with some black kids on the street, I wrote “We have a country run by high-achievers who are both risk averse and hold the public in contempt. The result is an economy serving their interests well — one that rewards extraordinary achievement while ignoring everyone else.”

We have the politics we do because we are a people with very strong views who can’t figure out how to talk to one another anymore, despite the most robust communications tools known to humanity. The politics we have reinforce strong views and bury moderating influences.

My great fear isn’t that Joe Biden won’t win. He’s probably going to win. It’s that he will win and will be inadequate to the task. What conventional political biography prepares an American leader for a country ready to tear itself apart at the seams? For all my desire to see the grifters and incompetents of the Trump Administration replaced with wide-eyed workaholic 20-something Princeton graduates, I fear that too few of them will understand how to keep 500 Kyle Rittenhouses from tracking blood across America’s pavements.