Lawsuit accuses Decatur of defrauding firefighter out of pension, warns other city employees at risk

Lawsuit accuses Decatur of defrauding firefighter out of pension, warns other city employees at risk 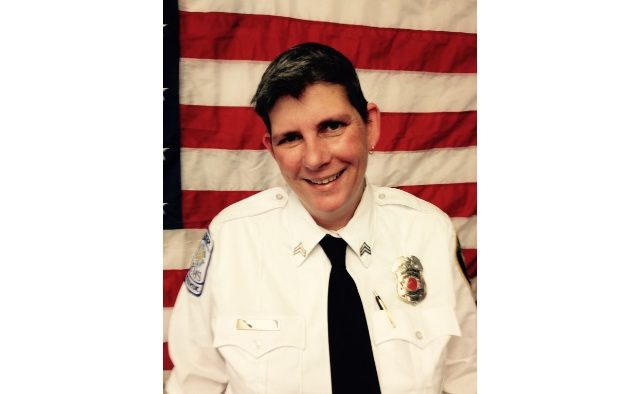 Firefighter Lt. Bridgit Christensen filed a federal lawsuit claiming the city defrauded her out of her pension. Photo provided to Decaturish.
Share

Decatur, GA — A federal lawsuit against the city of Decatur accuses the city of defrauding a firefighter out of her pension and says changes to the city’s pension rules might place other city employees in a similar situation.

An attorney for the plaintiff forwarded the lawsuit to Decaturish.

According to the litigation, the plaintiff — Lt. Bridgit Christensen — was denied her full pension benefits after she suffered a spinal injury while on the job. She accused the city of improperly amending its pension plan in 2019, a move that could place other employees at risk of losing their pensions if they are injured. She’s being represented by the law firm Buckley Beal, LLP. She is currently employed by the city but is on leave.

City Manager Andrea Arnold, who is named as a defendant in the suit, said the city did nothing wrong.

“The city understands that Lt. Christensen is disappointed with the changes to the city’s retirement plan that were properly adopted by the City Commission and applied equally to eligible retirees after its effective date,” Arnold said. “However, the City denies Lt. Christensen’s claims and intends to vigorously defend itself in court.”

The lawsuit says Christensen began working with the city as a firefighter in 2000 and said she was injured in her firetruck in December 2016.

Her attorneys said, “She attempted light-duty work but ultimately received a spinal fusion surgery, and in May 2019, her orthopedic surgeon wrote a letter stating that in his medical opinion she was ‘permanently precluded from performing the usual duties of this job in a safe and efficient manner,’ and that she would ‘not be able to return to this line of work.'”

Christensen became fully vested in the city’s plan in 2010.

“That plan, like most public pension plans, states that firefighters who become disabled on the job like Lt. Christensen are immediately entitled to retire as if they were retiring at the normal retirement age,” her attorneys said. “When Lt. Christensen sought to retire with her doctor’s determination in May 2019, her disability pension benefit should have been at least $3,500 per month. But in June 2019, the city reduced her benefit to about $400 per month—about 10% of what she is owed. When Lt. Christensen asked for an explanation of the reduction, City Manager Andrea Arnold said that the pension plan ‘was never meant to be a disability plan,’ and ‘that is what Worker’s Compensation is for.'”

The lawsuit alleges that the city amended every employee’s pension plan in 2019 and reduced benefits for disabled pensioners based on how many years they had before their normal retirement. The only way they could receive a full pension is if their injury was considered “catastrophic,” the lawsuit claims.

“The legal justification for amending the pension plan that the city presented to the Pension Board and the city commissioners was fabricated in order to save the city money, and pension law experts agree the reasons cited by the city are false,” her attorneys said. “The city told the Pension Board and the city commissioners that the plan had to be amended, falsely claiming that it did not comply with IRS rules and the Georgia Constitution. Rather, the 2019 amendment itself was unconstitutional under the Impairments Clause of the Georgia Constitution because it altered the benefit formulas and directly reduced benefit payouts.”

The denial of her pension is a breach of contract, the lawsuit contends.

The suit also names former Director of Human Resources Connie Jacobs-Walton as a defendant. She left the city earlier this year, according to her LinkedIN profile. The suit claims that she “misled Lt. Christensen into requesting a retirement date after the amendment was set to take effect and pretended to know nothing about the amendment or its potential effects on Lt. Christensen’s pension payout.”

“For this reason, among others, Lt. Christensen’s suit also alleges fraud, negligent misrepresentation, breach of fiduciary duty, and other claims,” her attorneys said. “The suit also alleges the City retaliated against Lt. Christensen after she took leave under the Family and Medical Leave Act by refusing to provide the necessary documentation for her to maintain her certifications to teach CPR and EMS, her only source of income after 19 years of service to the City as a firefighter.”

Her attorneys are Ed Buckley and Andrew Tate.

“The city of Decatur broke its promise to a career firefighter when she was most vulnerable,” Buckley said. “This is the last way a city should treat its local heroes. Our client kept her promise. She ran into burning buildings for the citizens of Decatur. All she asked was that the city and its leadership to keep their promises.”

Tate said “it’s hard to imagine the thinking that went into this” decision to change the city’s pension plan.

“Firefighters like our client who become permanently disabled after responding to a call should get exactly what the City promised them—full retirement benefits,” Tate said. “Our client paid into her pension for nearly twenty years and the city stripped it from her overnight with no legal justification. It should not take a lawsuit for the city to admit it was wrong, but our client will have her day in court.”