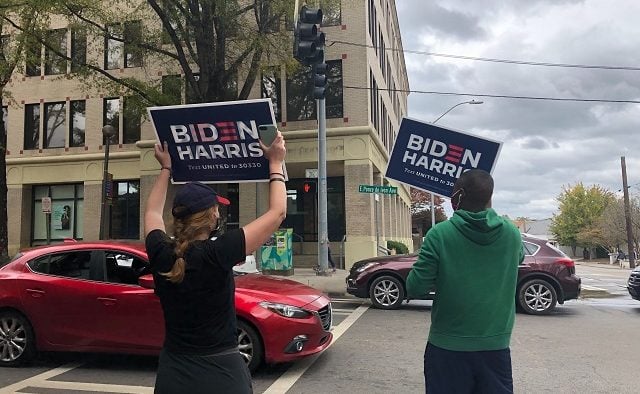 Decatur, GA — Decatur residents of all ages gathered to celebrate in Decatur Square Saturday following the official announcement that Joe Biden had been elected the 46th President of the United States. After days of deliberation over ballots during an election season complicated by the COVID-19 pandemic, the state of Georgia is projected to narrowly flip blue for the first time since 1992. 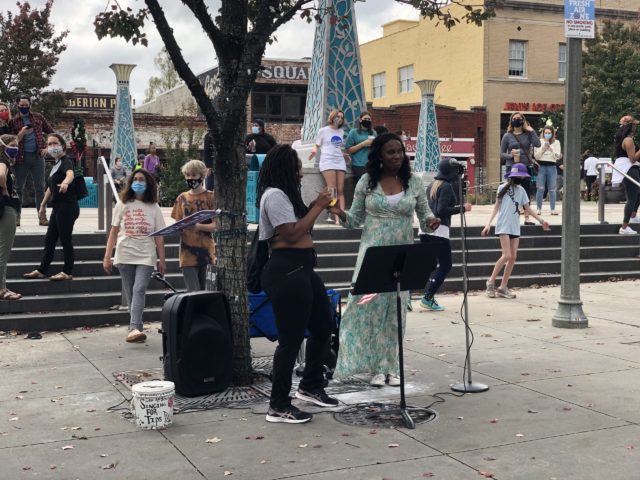 Singer Pauline Renfroe leads a dance party with her PA system in Decatur Square, during celebrations following the announcement that Joe Biden will be the 46th President of the United States. November 7, 2020. Photo by Alex Brown

People danced with Biden-Harris signs as a long line of drivers constantly cheered and honked while parading down Ponce de Leon Ave. People banged together pots and pans from their kitchens, played xylophones, and waved signs. They also enjoyed Decatur’s new open-container ordinance. 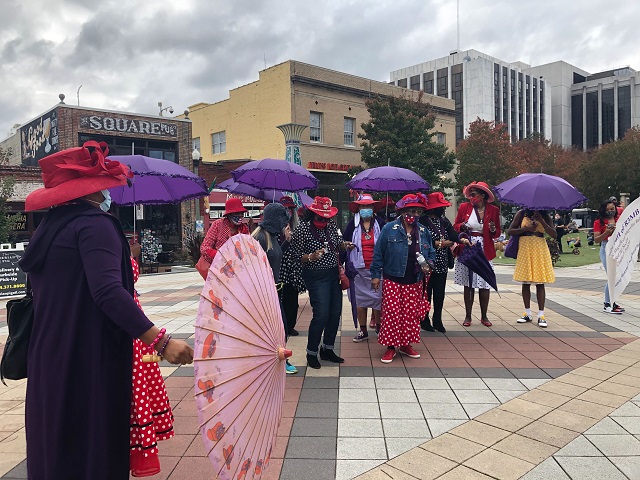 “Lend me some sugar,” people sang along while pointing to each other. “I am your neighbor!”

“I am so happy that Biden won. I thank Jesus,” said Leola, a member of the Red Hat Society. 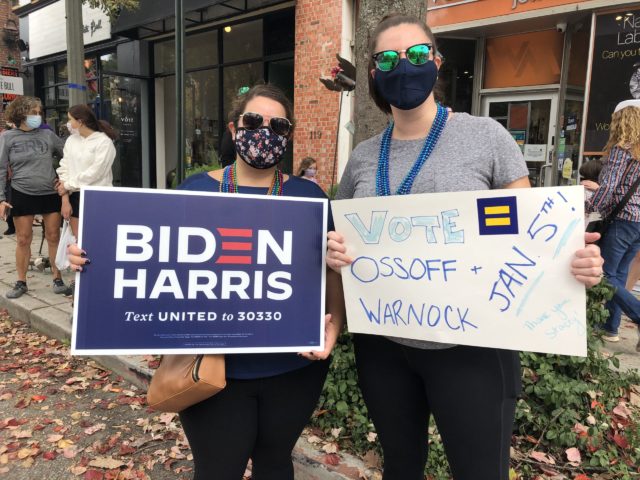 Gabrielle Lopiano and Ashley Correll stood in the Square to celebrate, but they were also holding signs reminding voters of the upcoming Senate runoff elections between Jon Ossoff and David Perdue, and between Raphael Warnock and Kelly Loeffler. “I’m thrilled at this outcome, but we can’t forget about the crucial runoff races,” said Lopiano.

Two young people, Abby and Maren, danced with a rainbow pride flag. “We probably won’t lose our rights and that is amazing, it’s something to celebrate.”

Not everyone was in the Square specifically to celebrate — some had just been going about their day when the news broke. 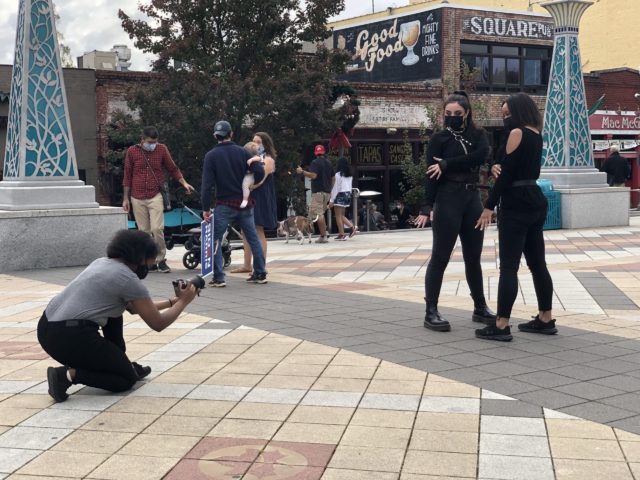 Lunar Krew, an Atlanta-based K-pop dance cover group, were shooting a video in the Square when celebrations started.

Carrie, Elizabeth, and Kiera, friends from college, had met up at Jeni’s Ice Cream prior to the news breaking. They said they were very happy with the results, although Kiera supported Jo Jorgensen.

Connor Perkins was rollerskating around the Square in a “Trans Rights” t-shirt. “I’m celebrating Trump losing, not so much Biden winning,” they said. “But it’s a win for all of us who have been protesting and trying to get out the vote. Prejudice won’t go away overnight, but it’s definitely a step in the right direction.”

Decaturish reached out to DeKalb County legislators for their reaction to the news.

Representative Scott Holcomb said, “I want to congratulate President-elect Biden and Vice-President-elect Harris on their impressive win. They won more votes than any candidates in our nation’s history, and they will win Georgia. The country spoke loudly that it wants to move in a new direction with better, principled leadership.”

Lane Flynn, Chairman of the DeKalb County GOP, said “At this time we’re focused on ensuring that the count in Georgia and in DeKalb County is completed fully and fairly, including preparing for a recount if called for. Once we’re confident that all our votes in DeKalb have been counted correctly, we’ll look at the national results.”