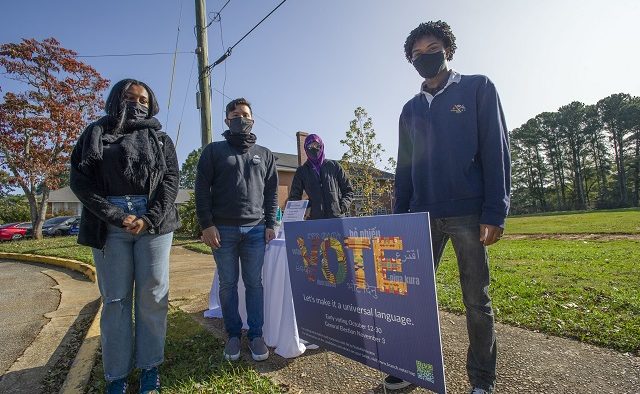 DeKalb County, GA — The voters of DeKalb County on Nov. 3 voted overwhelmingly to reform the appointment process for the county’s Ethics Board, giving a board that had been hobbled for the last two years new life.

According to the Secretary of State, the ballot measure received 87 percent of the vote, getting 299,362 votes overall.

The DeKalb Citizens Advisory Council, which has followed this issue closely, encouraged residents to vote “YES” on this question. It was the same group that convinced voters to reject a previous attempt to reform the board in 2019 that would’ve also weakened it.

In November 2015, voters overwhelmingly passed a referendum to appoint seven members to an ethics committee and reform the county’s Ethics Board. Former commissioner Sharon Barnes Sutton filed a lawsuit to stop private groups, such as Leadership DeKalb, from appointing members to the ethics committee. A judge agreed with her and the decision was upheld in Georgia Supreme Court in August 2018.

Senate Bill 7, which voters rejected in 2019, was an attempt to make the board compliant with the state Constitution, but the bill also removed the county’s Ethics Officer and replaced it with an Ethics Administrator and it discouraged employees from reporting issues directly to the Ethics Board, saying whistleblowers should take it up with Human Resources first. The County Commission and CEO would have been given the ability to approve the board’s rules and procedures.

The biggest change is the appointment process that undermined the Ethics board back in 2018. There are now four appointing authorities: the county’s state House and Senate delegation, the county’s Tax Commissioner and the county Clerk of Superior Court. County officials with a conflict of interest will now be required to recuse themselves and members of the DeKalb County Purchasing and Contracting Department cannot accept gifts from anyone who might conduct business before the department.