Editorial: In Georgia runoff election, voters can deal another blow to Trump and Trumpism

Editorial: In Georgia runoff election, voters can deal another blow to Trump and Trumpism 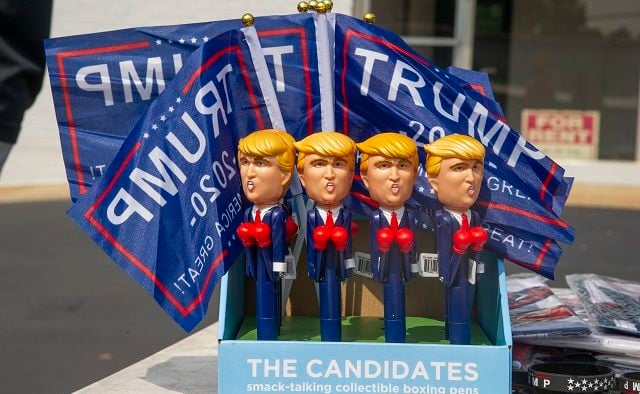 A disturbing thing happened on Nov. 9.

Two incumbent Republican senators in Georgia facing a runoff election on Jan. 5 called on the Republican Secretary of State Brad Raffensperger to resign. The reason? Not agreeing to perpetuate false accusations of voter fraud and misconduct in the Nov. 3 election.

Raffensperger has been clear that there’s no evidence of fraud or misconduct, despite political pressure from Trump and other Republicans to insinuate otherwise.

In a joint statement, Senators David Perdue and Kelly Loeffler both said, “The Secretary of State has failed to deliver honest and transparent elections. He has failed the people of Georgia, and he should step down immediately.”

"The Secretary of State has failed to deliver honest and transparent elections. He has failed the people of Georgia, and he should step down immediately." Joint statement with @KLoeffler #GASen #gapol pic.twitter.com/rsxdOM2SC2

This statement alone should disqualify both senators from holding public office now or in the future. It’s also the essence of Donald Trump and Trumpism: Only accept the outcomes you like, disavow the ones you don’t and when someone tells you the truth, call it fake news.

The Republican Secretary of State’s only real sin is not becoming complicit in an attempt to rig an election on behalf of his own party through voter suppression and casting doubt on the outcome. His only real transgression is doing his job.

This is what the Republican Party has become under Donald Trump: a lawless political party with no principles, a party that sees power as an end unto itself. But the good news is, voters in Georgia do not have to put up with it.

On Jan. 5, both Perdue and Loeffler will face Jon Ossoff and Raphael Warnock, both Democrats. It is imperative that all Georgians regardless of political affiliations who showed on Nov. 3 to show up again on Jan. 5 to send a clear message: Donald Trump and people who practice his zero-sum game style of politics are not welcome in Georgia.

The rule of law and democratic processes are the only paths towards a more perfect union. Stray from it and you will find yourself in the political wilderness.

To learn more about voting in the upcoming election, visit https://www.georgiavoter.guide/

UPDATE: The Secretary of State has issued a response:

UPDATE: Georgia Secretary of State pushes back against calls by Sens. Perdue and Loeffler that he resign as Biden continues to lead Trump in the vote count. https://t.co/2BM6sR42xW