Georgia official debunks tweet about mismanagement of ballots in DeKalb

Georgia official debunks tweet about mismanagement of ballots in DeKalb 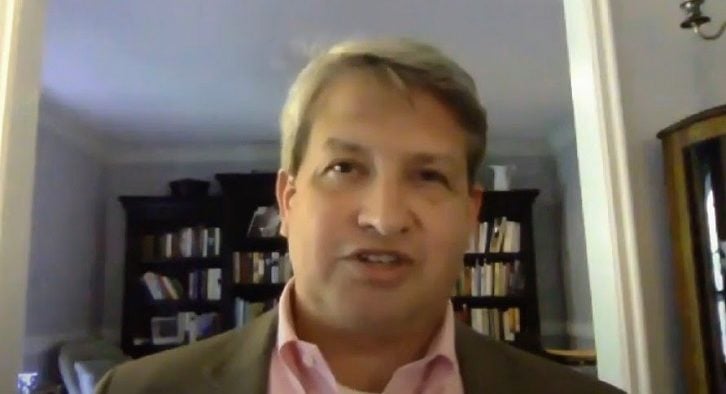 Gabriel Sterling. Image taken from an episode of the Decaturish Twitch show.
Share

David Shafer, chairman of the Georgia Republican Party, claimed in a tweet this morning that a major error discovered in DeKalb County would “cancel out Trump’s gains from Fayette, Floyd, and Walton” counties.

But Sterling, Voting System Implementation Manager at the Georgia Secretary of State’s Office, says Shafer is stirring the pot, causing confusion over a non-issue.

According to Sterling, the audit is running its course, and quality control is in place across Georgia’s 159 counties.

“This is why you don’t release interim audit results because human beings are going to make mistakes in a hand count audit. The error was discovered, it was corrected,” Sterling said.

The error will not change the outcome of the election in Georgia. Biden is the projected winner of the Peach State.

Baoky Vu, a member of the DeKalb County Board of Registrations and Elections, blasted Shafer’s Twitter statement.

“It’s a childish and irresponsible tweet from David Shafer, who I know,” he told Decaturish. “We are coming out with the evidence to refute the implication that somehow DeKalb undercounted votes for Donald Trump. Obviously, the President of the United States has done his part to lower the standards of leadership and facts. Sadly, his sycophants won’t be nominated for Profiles in Courage awards anytime soon.”

Sterling said the error would have been discovered and corrected, even without the monitor, because audit consultants use quality control measures.

Every county in Georgia is required to finalize a hand recount by tonight, Nov. 18, at midnight. Sterling said the Secretary of State’s office expects to announce numbers tomorrow, Nov. 19.

Also this morning, President Trump tweeted, “The Georgia recount is a joke and is being done UNDER PROTEST. Even though thousands of fraudulent votes have been found, the real number is in matching signatures. Governor must open up the unconstitutional Consent Decree and call in the Legislature!”

Sterling said the irony of the recount is that if Biden’s camp had lost, Democrats would have called for a recount.

“A lot of this started with the situation we had with Stacy Abrams two years ago, still refusing to concede even though she was down by 55,000 votes — well fewer votes than this. But if they have a legitimate claim, legitimate evidence, they can file a suit. That is how due process is done in this county. They have the right to do that,” Sterling said.

“The last thing we want to do is put out incorrect numbers,” said Sterling.

On Monday, 2,600 ballots in Floyd County were discovered and scanned, changing the margin by about 800 votes in favor of President Donald J. Trump. Secretary of State Brad Raffensperger then called for Floyd County Elections Director Robert Brady to step down, due to the mistake.

This morning a serious allegation about a “9,626 vote error in the DeKalb County hand count” was made on social media by David Shafer, chairman of the Georgia Republican Party. I immediately conducted a preliminary inquiry into the accuracy of his unsubstantiated tweet.

– DeKalb County Voter Registration and Elections officials have not verified the allegation in the tweet by Chairman Shafer, that a “vote error” occurred during the state-mandated risk-limiting audit in DeKalb.

– Based on Chairman Shafer’s Twitter storm, the alleged “vote error” was discovered, reported to DeKalb elections officials and corrected prior to the transmission of the official audit report to the Georgia Secretary of State’s Office.

– If the scenario occurred as Chairman Shafer alleges, this is evidence that the checks and balances, established by Georgia Secretary of State Brad Raffensperger to ensure the accuracy of the election results, performed as designed.