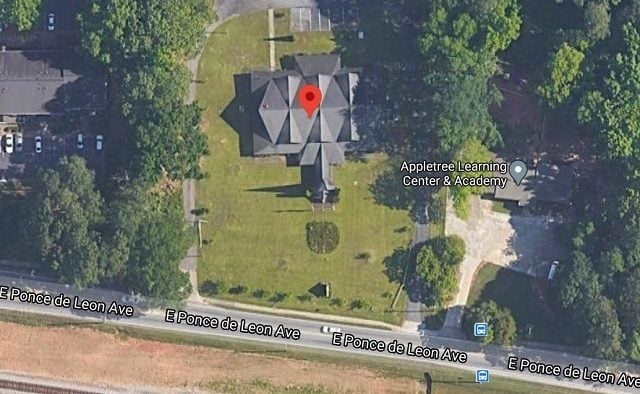 The location of the proposed apartment complex. Image obtained via Google Maps
Share

Tucker, GA — The city of Tucker on Nov. 24 sued the city of Clarkston, the Housing Authority of DeKalb County and a developer over a plan to build an affordable apartment complex along 4692 East Ponce de Leon Avenue.

The city of Clarkston declined to comment on the lawsuit.

The apartment complex if completed would have 188 units and would offer rental units for people making up to 60 percent of the area median income, according to a market feasibility analysis of the project.

“State law allows a city to annex unincorporated properties only,” a press release from the city of Tucker says. “The City of Tucker argues that 4692 E. Ponce de Leon Avenue is partially within the city boundaries of Tucker. Therefore, the annexation is invalid and void. In addition, Clarkston attempted to rezone a portion of Tucker. This poses a threat to Tucker’s interests in real property, as well as infringes on Tucker’s property rights to land within its city boundaries. For these reasons, the city of Tucker is asking for any development to be stopped immediately.”

In its brief supporting its motion for an injunction, the city of Tucker wrote, “On July 15, 2020, the Annexed Property was sold to Defendant Housing Authority of DeKalb County, who in turn leased the Property to Defendant Peachtree Creek on Ponce Apartments, LLC. Public filings show that Peachtree Creek Apartments intends to build 188 units on the Annexed Property.”