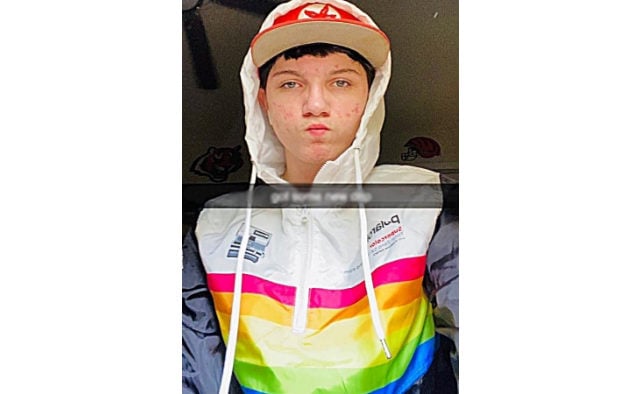 UPDATE: The young man’s family has confirmed that he was struck by a vehicle while riding his bike early Saturday morning. For that story, click here.

But local police departments can’t seem to agree on who is supposed to be handling the case, wasting critical hours and leaving the family waiting for answers about what happened to the young man.

John William Poe, 16, was last seen Friday, Nov. 13 at the Circle K near Avondale Estates. He was wearing a white jacket, jeans and a red Ohio State hat. He was wearing glasses at the time and riding a Specialized brand bike. He was likely returning to Decatur via Covington Highway, according to the flyer.

Decatur Police are aware of the situation but said it’s not their case.

“The DeKalb County Police Department is investigating the missing person case involving this juvenile. You will need to contact them for more information,” Sgt. John Bender said. “However, our officers are aware of this missing juvenile since he is a city resident and our investigators will be following up with DeKalb County Police to assist in any way they can.”

A spokesperson for the DeKalb County Police Department said the department isn’t working this case and recommended contacting Avondale Estates Police. Poe’s father has a case number with DeKalb County PD and as of Nov. 16, an investigator from the department has not contacted the family to follow up.

“We are not actively working this case,” he said. “We do not have jurisdiction for his residence nor his last known location. We have contacted Dekalb to request information and to offer potential future assistance, but that’s it.”

Here is the flyer with additional information: 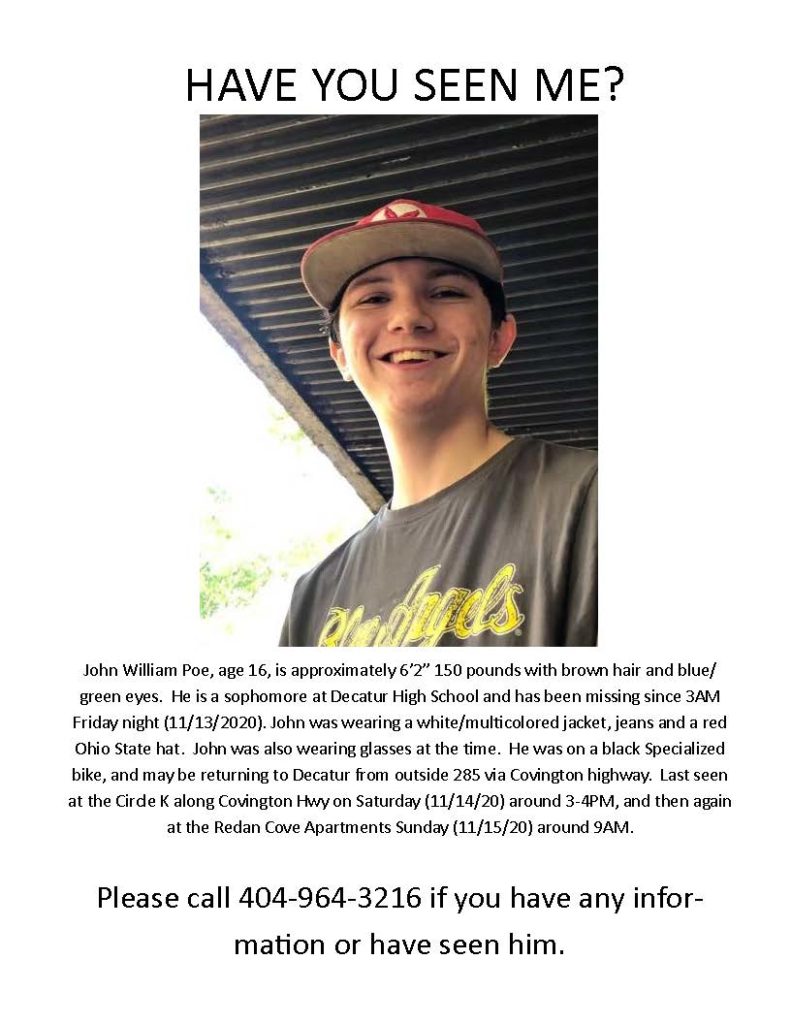 Poe’s sister-in-law, Aaryn Jones, said the lack of communication from the police means the family can’t access Poe’s cell phone records to figure out where he might be. Currently, his phone is going straight to voicemail, she said.

“We’re not sure why DeKalb has put this off on Avondale Estates because the place he ultimately went missing and the places he’s allegedly been seen over the weekend are outside of Avondale,” Jones said.

She said Poe doesn’t have a history of running away. He was also spotted at apartments behind the gas station near Avondale, she said.

“That’s all unincorporated DeKalb, not in Avondale,” Jones said. “We’re hoping he will be making his way back toward Decatur through Avondale … Quite frankly Decatur is being way more helpful and responsive.”

But Decatur PD says there’s nothing they can do.

Jones said Poe gave no indication that he was planning to disappear.

“He had been doing really well,” Jones said. “Coronavirus and virtual schooling have been a struggle. We know he’s had some grade issues. Other than that, there’s no indication he would’ve done anything like this.”