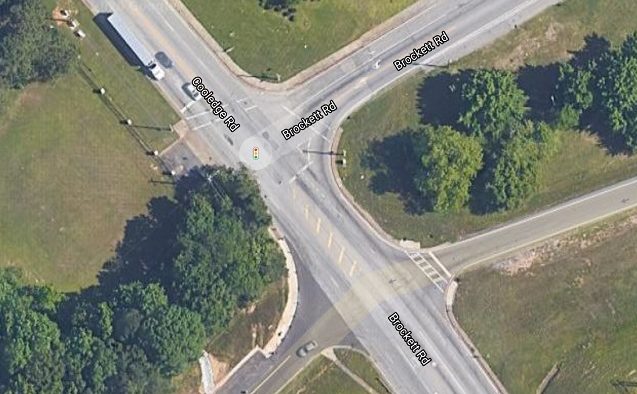 Tucker, GA — It took a year, but Tucker finally received approval from the Georgia Department of Transportation to fix one of the most dangerous intersections in the city. The intersection of Cooledge Road and Brockett Road at U.S. 78, known as Stone Mountain Freeway, is rated the second-worst in Tucker with 576 crashes over a five-year period.

City engineer Ken Hildebrandt announced at Tucker’s City Council Nov. 9 meeting by February 2021, an installation of new traffic light and turn signals will be complete. Council members unanimously approved the $78,900 project, which is covered by SPLOST funds. GDOT’s approval is required because it involves U.S. 78, a state road.

Tucker’s partner NETWorks Cooperative Ministries has already served 529 people and distributed 8,600 pounds of food in locations across the city with funds. To date, 304 applications for assistance with rent, mortgage, and utility have been submitted for a portion of the $775,000 allotted funds.

Small business owners in Tucker may take advantage of up to $2.7 million in CARES Act funds. Local Initiatives Support Corporation (LISC) Atlanta is managing 274 applicants are working with to receive between $5,000 and $15,000 each.

Distance learning programs at Rehoboth Baptist Church and St. Andrews Church received $215,000 to cover the cost of 50 students. Up to $150,000 will be used by the city for its widespread mask distribution, as well as other sanitation supplies and communication about the CARES Act.

“We can feel good about what we’ve done here,” he said.

– Chief Judge Steve Nicholas was reappointed in his position as magistrate judge of Tucker. His term ends January 2022.

– Mayor Auman delivered a COVID update, with a reminder to stay safe during the upcoming holidays.

– Anne Lerner was the only council member to recognize the election, thanking outgoing Commissioner Nancy Jester for her support of Tucker and welcoming Commissioner Elect Robert Patrick. She thanked poll workers and election officials across Georgia, Secretary of State Brad Raffensperger. “I really want to thank these people because many of them are volunteers, and they have a respect for the process of democracy,” she said, reminding voters of the upcoming Senate runoff race on Jan. 5.

Correction: An earlier version of this story included an incorrect number of applications. This story has been updated with the correct information.