2021 Decatur retreat will be virtual, offering public a rare glimpse of annual meeting

2021 Decatur retreat will be virtual, offering public a rare glimpse of annual meeting 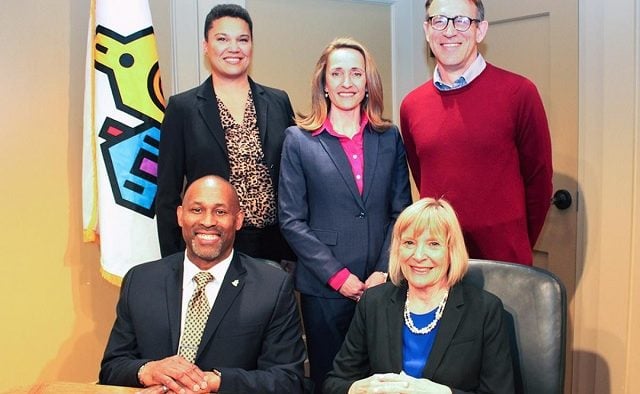 Decatur, GA —Decatur’s most important annual meeting is also the one meeting most residents of Decatur don’t get to see.

That will change in 2021 due to the COVID-19 pandemic. Mayor Pro Tem Tony Powers confirmed the retreat will be held virtually on Jan. 7 and Jan. 8. The agenda hasn’t been published and attendance instructions haven’t been posted on the city’s website as of Dec. 29.

Every year, the City Commission and city staff get together for what is ostensibly a public meeting. It’s subject to public notice requirements under Georgia law. However, unlike every other public meeting held by the Decatur City Commission, this one is held two hours outside city limits in Young Harris, GA.

That’s legal under the letter of Georgia law. But the public also misses out on what is arguably the most important city meeting of the year, the one where city leaders set their agenda for things they want to tackle throughout the year.

For instance, in the 2020 retreat, City Commissioner Lesa Mayer recently pushed hard for quick action on inclusionary zoning that requires developers of multifamily housing to reserve a portion of the units as affordable housing. She received some pushback from other commissioners and city staff, but ultimately prevailed and the City Commission in July updated its Unified Development Ordinance to include mandatory inclusionary zoning. It was a broad discussion. The City Commission debated important issues at that retreat. It’s a side of the City Commission the public doesn’t always see, but it’s an enlightening one. It helps the public understand how Decatur officials work together and their thinking on critical issues.

Decaturish has been a regular attendee of the meetings and has also been a frequent critic of the city’s practice of holding its annual retreat in a place that is inaccessible to city residents.

“We find tremendous value in being able to disconnect from our daily routines and work together with a minimum of interruptions,” Mayor Patti Garrett has said. ” … We take the retreat seriously and are committed to making the most of our time together. We do all of this in compliance with the open meetings/open records act and will ensure that the public has access to the agenda and minutes from the retreat.”

The city does publish meeting minutes following the retreat, but they are a summary of the robust discussion that occurs at the city retreat.

In the 2019 city elections, candidates Mayer, Powers and George Dusenbury all publicly expressed support for ways to make the retreat more accessible in the future.

“I think that steps can be taken to utilize technology to make the meeting more accessible to residents, as transparency is extremely important,” Mayer said while running for City Commission. “If the location of the planning meeting becomes an issue of priority for the residents, I am open to discussing viable alternative locations.”

Powers said he planned to continue to attend, but added the retreats “could be held in an offsite location closer in proximity.”

Dusenbury advocated for the biggest changes to the practice during his campaign for City Commission.

“I support retreats; I do not support having them in isolation from the people we represent,” he said. “I am a strong supporter of transparency and will push for the Commission to host its retreat in a location that is accessible to all residents. I would take the further step of prioritizing sites that are accessible by MARTA.”