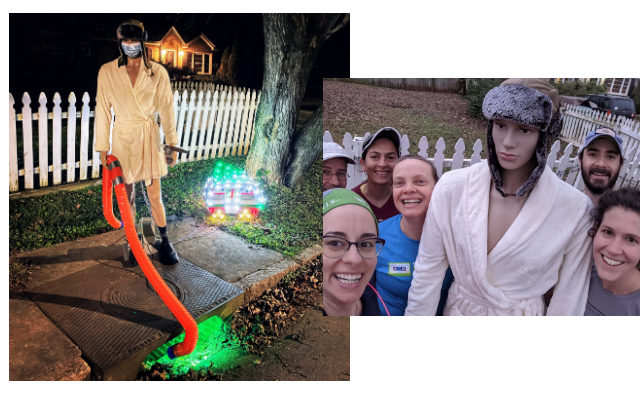 Atlanta, GA — There are fans of the holiday classic “National Lampoon’s Christmas Vacation,” and then there’s Josh Sanders.

The Kirkwood resident is making waves on social media thanks to his creating a reenactment of a memorable scene from the movie in front of his house on Rocky Ford Road near Emery Place. It’s a mannequin dressed up as Cousin Eddie dumping raw sewage in a storm drain — well, all of that minus the sewage.

Sanders got the idea from someone else who did it several years ago.

“Their Eddie was in the middle of the yard, so it wasn’t the best it could be,” he told Decaturish. “When I bought my house and noticed the storm drain out front, I thought to myself, ‘Oh man. I can definitely work with this.’” 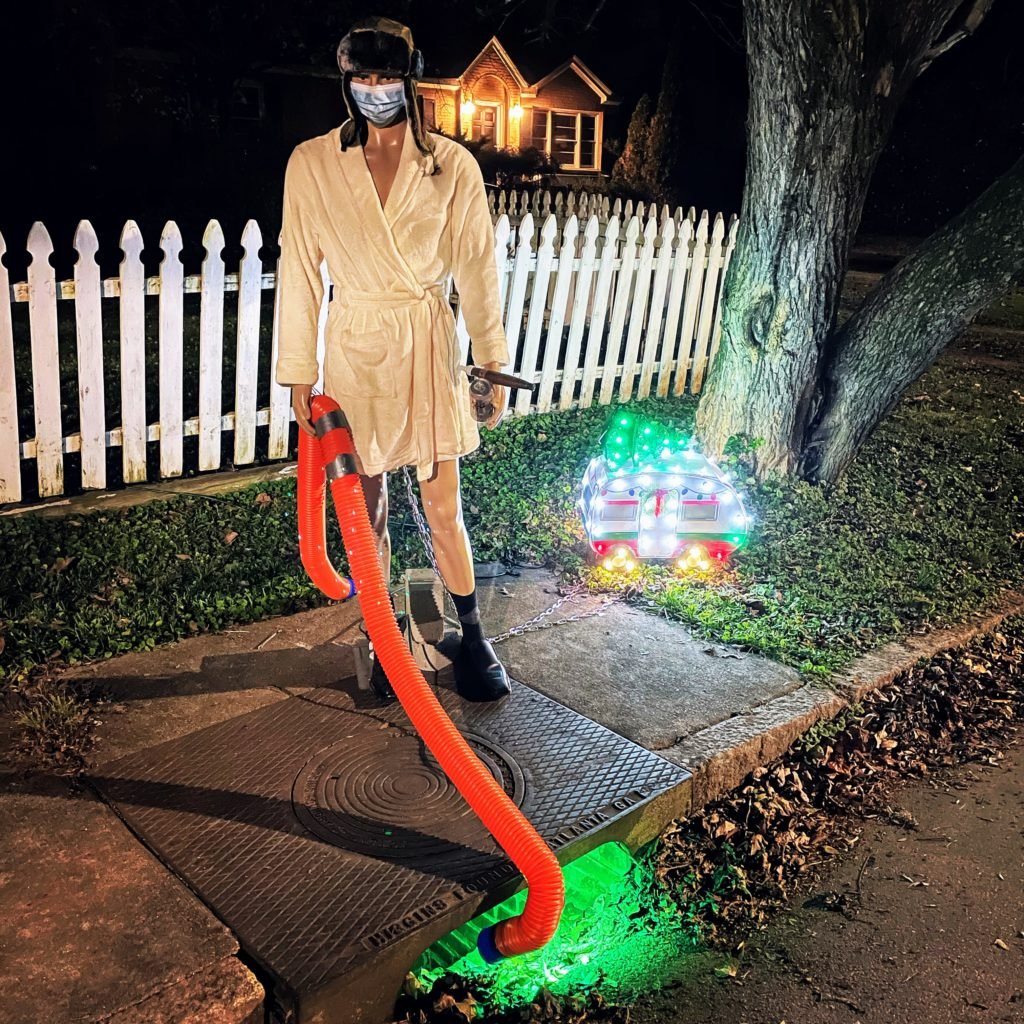 “I put out a sign shaming the Grinch who stole Eddie and the neighbors had a field day,” Sanders said. “People were outraged that Eddie was gone and one group of ‘angry dads’ even offered to buy pitchforks and assemble a vigilante group to go after the thieves.”

Sanders was inspired to make another Eddie that year, which survived the rest of the season and came back for a special coronavirus appearance in the spring before returning in November — chained to a tree this time for Eddie’s safety.

“New in 2020, he’s wearing a mask to keep others safe — if that fool can wear one, so can you — and I bought a green spotlight that shines into the storm drain so it looks like it’s glowing with noxious fumes,” he said. “Next year I’m hoping to add a burned armchair with the outline of a cat imprinted on the bottom.”

A steady stream of people have stopped by to take pictures with Eddie throughout the holidays, marking them with the hashtag #KirkwoodCousinEddie on social media.

“One person loved him so much, they left a jar of jelly on my front porch with a card addressed to Clark W. Griswold and a one-year membership to the Jelly of the Month Club inside — that made my day,” Sanders said.

Last year there was also a “Kirkwood Challenge” to take the best selfie with Eddie and post it to the Kirkwood (Atlanta) Community Facebook group. Several Kirkwood businesses got in on the fun and donated gift cards to the winner.

But how long will Kirkwood be blessed with Eddie’s presence this year?

“Eddie says he’ll probably stick around until the second weekend of January, weather permitting, before he loads up the RV and heads out until next year,” Sanders said.