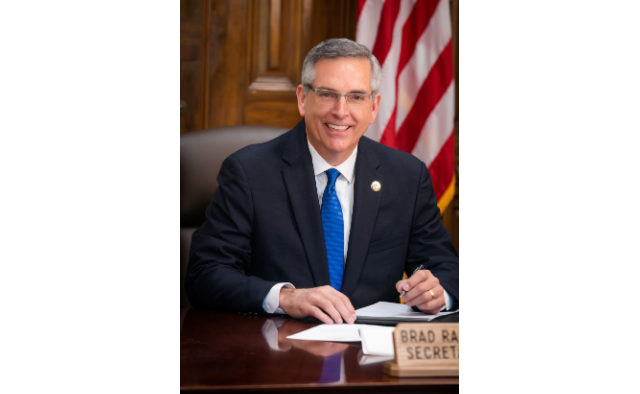 Brad Raffensperger was never interested in protecting Georgian’s right to vote, only saving his own skin – and today’s action lays his motivation bare. The Georgia Secretary of State has issued a bulletin that effectively criminalizes the practice of “Line Warming.”

What is line warming? As voting participation has increased, so have efforts to suppress voter’s ability to exercise their right. Polling location closures or moves, shortened voting hours, new systems all led to chronic issues of  long waits to vote. Just this last election, we saw lines of more than 6 hours at the beginning of early voting.

Have ever waited in a line, on your feet, in Georgia weather for 6 hours? It ain’t easy. But, in 2016, 2018, and 2020, many Georgians proudly did so, unwilling to lose their franchise despite the barriers placed in their way.

Unfortunately, long waits also led to a large number of voters abandoning the line. Not everyone is physically or mentally able to tolerate those conditions. In response to this state-created problem, activists envisioned a people-led solution: Line Warming. “Line Warmers” are basically the voting equivalent of a rest stop in a running race. In polling locations that might experience delays, they make themselves available to hand out snacks, water, and sundries to the folks sticking it out in line. Some, like “pizza to the polls” go even further, offering hot meals to those that otherwise might abandon the line.

I’ve been a line warmer. Let me share a few of the hard-and-fast rules of line warming:

– EVERYONE can have a treat. It doesn’t matter if they’re voting or not. If some random person asks for a bottle, you give it to them.

– NO discussion of their vote/voting other than the fact that they’re obviously at a voting place.

– NO paraphernalia that indicates affiliation with a campaign or partisan organization.

– OBEY all requests from election officials, even if you think they’re unlawful.

Pretty harmless, right? The most important thing for a line warmer is to remove any potential perception of impropriety.

That said, here’s how Secretary Raffensperger would like you to think about line warming: “Political organizations or advocacy groups will use the giveaways or gifts, known as ‘line warming,’ to inappropriately influence voters in the crucial final moments before they cast their ballots.”

Brad Raffensperger and his lieutenants can pound the podium with vapid indignation in front of the capitol steps all they want – but at the end of the day, we know that they are not on the side of Georgian voters.