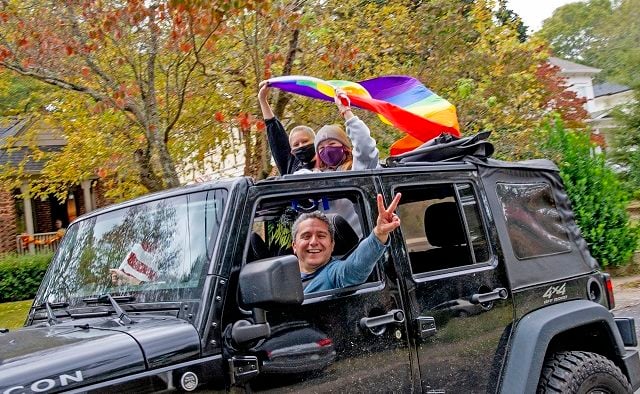 Decatur, GA — Mayor Patti Garrett has announced that the City of Decatur has improved its Municipal Equality Index score from 51 points in 2017 to 86 points in 2020.

The Municipal Equality Index is a score given to cities by the Human Rights Campaign that “examines how inclusive municipal laws, policies, and services are of LGBTQ people who live and work there.”

The City of Decatur, GA is 4.5 square miles in size with a population of 23,000 located 6 miles east of Atlanta. We are an urban city that values and is committed to equity, inclusion and diversity. We have worked closely with the Human Rights Campaign to understand and apply the standards associated with the Municipality Equality Index because we believe that LGBTQ-inclusion is critical to our commitment of being a Welcoming City. We have a high population of LGBTQ residents and business owners and they are an important part of the fabric of our community.

We followed in the footsteps of the city of Atlanta and four other DeKalb County cities becoming the 6th city in Georgia to adopt a non-discrimination ordinance. Decatur is committed to the values of equity, inclusion and diversity and the adoption of this Ordinance was a tangible way to demonstrate that commitment.

In addition, we passed a Resolution urging the State of Georgia to adopt a broad and comprehensive hate crimes act through prompt legislative action stating that “the Mayor and Commission believe that such hate crimes act should protect the widest range of vulnerable persons.”

We appreciate the HRC and the MEI team working in partnership with us to modify some of the language in standards geared to large cities in order to reach and include smaller municipalities who strive to ensure LGBTQ inclusion in all areas of community work, life and play. Working with HRC and the MEI team, the city of Decatur was able to identify areas to codify existing practices, pass ordinances and document our commitment and in doing so, raise our MEI score from 51 points in 2017 to 86 points in 2020. We are proud of the accomplishment!