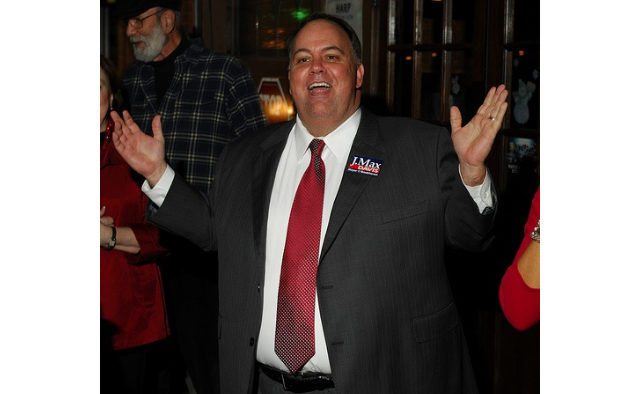 It would be easy enough, I suppose, to dwell on Davis’ tawdry public scandals – the questions of sexual harassment while he was mayor of Brookhaven, for example — while we think about why he tilted at windmills before the DeKalb Board of Elections on Wednesday. But I think that probably misses the point.

Davis and I have sparred in social media over the years, over the matter of Confederate memorials, the protests of cheerleaders over discrimination at Dunwoody High School, the relative perfidy of Trump’s white nationalist-adjacent policy director Stephen Miller, over the social media defenestration of Milo Yiannopolous, and more.

None of that really gets at why Davis might decide to stand before the board and whistle Dixie, trying to remove voters from the election rolls less than a week before the election. Let’s be clear: there is neither legal nor political merit in his argument. No judge in this state would tolerate a voter purge today. No elections board would risk the partisan appearance of a purge. It is a lost cause.

And that’s the point.

For a Republican in DeKalb, there is little left to rally around except grievance. With the exception of a few scattered city councilpeople, DeKalb has no Republican elected officials left. There is no constituency here large enough or coherent enough to elect another, unless that Republican candidate is, perhaps, exceptionally talented and coming from the center of American politics – a center that the party has systematically purged.

While I disagreed from time to time with people like Nancy Jester – less often than you’d think – or Mike Jacobs, or Tom Taylor, I respected them because they were trying to represent the largest slice of their community they could, demonstrating political acumen and administrative skill. Alas.

They’re all on the sidelines now. And with their exit, the last vestiges of restraint on the right evaporate.

People who hold office have to care about the mechanisms of governance. They have to care if there’s enough tax money to pave roads. They have to balance the competing interests of school zones and building zones. Normally, they serve as a necessary check on the excesses of the fringe. That function has broken down completely on the right, of course, leaving embers after the fire is out.

I suspect Davis wants to the rule the ashes.

If you know, cold, you’re not winning an election any time soon, there’s no point in trying to posture as a moderate when the only people left in town who care about your politics are anything but. It doesn’t actually matter if his play works here: tomorrow he can say he was on the field and not a bystander.

Who leads DeKalb’s Republicans in coming years? Will it be conservatives who preach a revival of core principles around quiet faith, thrift, competency and free enterprise and market … I can’t even finish the sentence; I’m laughing so hard. You already know the answer.

Whoever can stoke the deepest grievance and provoke the most outrage will win what’s left. Their cause will be presented as the last defense of Real America ™ against the corrupt swarthy barbarian … majority. And Davis is auditioning for the vanguard.