Sens. Perdue and Loeffler back attempt to overturn election results in Georgia

Sens. Perdue and Loeffler back attempt to overturn election results in Georgia 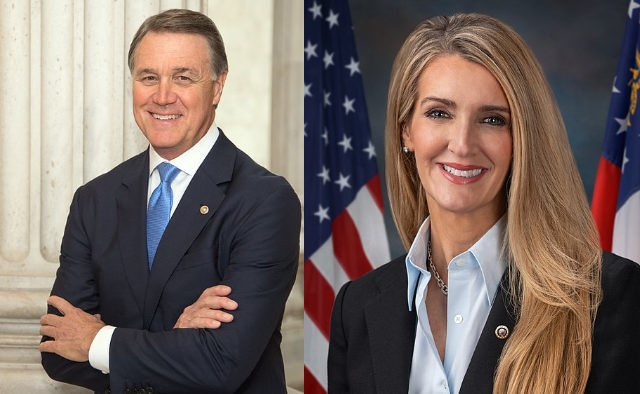 Atlanta, GA — Senators David Perdue and Kelly Loeffler have given their support to a controversial and longshot bid to overturn the election results in Georgia.

As reported by the Atlanta Journal Constitution, a lawsuit filed by Texas Attorney General Ken Paxton asks the U.S. Supreme Court to delay the Dec. 14 deadline for certification in the presidential election for Georgia, Michigan, Pennsylvania and Wisconsin. The lawsuit rests on conspiracy theories that the election was fraudulent and rigged. There’s no evidence of widespread fraud in the Nov. 3 election. President-elect Joe Biden defeated President Donald Trump and unexpectedly flipped Georgia. Now, Perdue and Loeffler will face Jon Ossoff and Raphael Warnock in the Jan. 5 runoff election, a contest that could determine control of the United States Senate.

The lack of evidence for fraud was not a barrier to Perdue and Loeffler giving their full support to Paxton’s lawsuit. In a joint statement, the senators said, “We fully support President Trump’s legal recourses and Attorney General Paxton’s lawsuit. The President has every right to use every legal recourse available to guarantee these simple principles: every lawful vote cast should be counted, any illegal vote submitted cannot be counted, and there must be full transparency and uniformity in the counting process. This isn’t hard and it isn’t partisan. It’s American. No one should ever have to question the integrity of our elections system and the credibility of its outcomes.”

A number of Republican Georgia state senators also have backed the lawsuit. Their embrace of election conspiracy theories has had consequences. One of their colleagues, state Sen. Elena Parent, was doxxed and received death threats after attending a hearing with former New York City Mayor Rudy Giuliani, President Trump’s lawyer and a purveyor of election-related conspiracy theories.

Their statement references the hearing that resulted in threats to Sen. Parent.

“These failures and other fraudulent activities were brought to light at the hearing held in the Georgia State Senate Judiciary Subcommittee last week,” the statement reads. “We urge the U.S. Supreme Court to accept this very important case submitted last night by the State of Texas.”