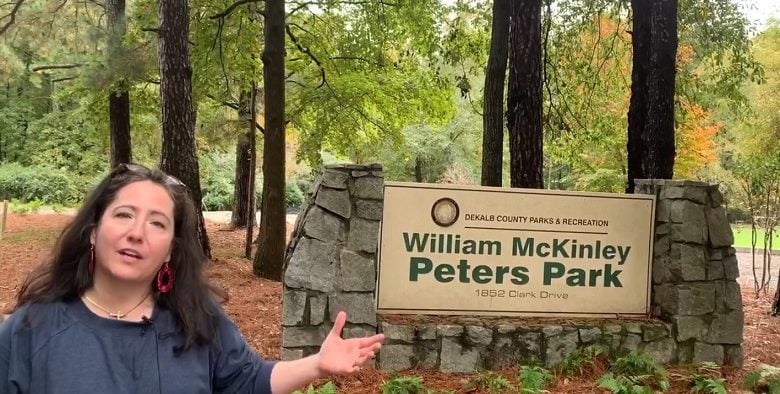 Jester lost her recent re-election bid, and was the only Republican serving on the DeKalb County Commission. She will be succeeded by Democrat Robert Patrick.

In 2018, Jester was incremental in bringing a $50,000 InterGovernmental Agreement to Tucker for expansion and improvements at Tucker Nature Preserve. Since then, she has continually supported efforts to enhance parks in Tucker.

Mayor Frank Auman presented Jester with a proclamation in honor of her six years of service to and partnership with the Tucker community last month.

Cara Schroeder, member of the Tucker Planning Commission and Friends of Henderson Park, attributed improvements to the white and red trails at Henderson Park to Jester’s partnership.

Shawn Stone, from Friends of Tucker Parks, said Jester was crucial to work in parks before Tucker became a city. Jester helped directly and indirectly in all 14 parks and greenspaces in Tucker, he said, expressing “deep gratitude” to the commissioner. He said parks and greenspaces served as a stress reliever during this year’s pandemic.

“Your support has been invaluable,” said Robertson.

Jester encouraged those watching to go to Henderson Park to see the waterfall. “I always feel refreshed and renewed when I go there,” she said.