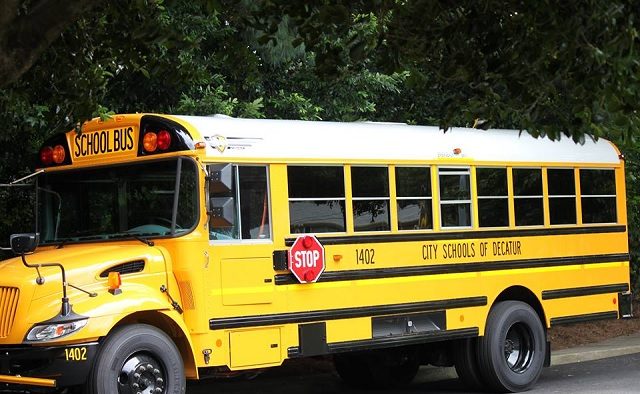 Decatur, GA — For the first time since March, students are back in the classroom in City Schools of Decatur.

Students in Kindergarten through fifth grade, as well as pre-k students, were allowed back into the classroom today, Jan. 19, though students could remain virtual. Staff was also given an opportunity to work virtually as well, Burnett said.

City Schools of Decatur spokesperson Courtney Burnett said 1,207 students returned to school today and 1,442 are learning virtually. She said 130 “school-based staff” for Kindergarten through fifth grade were in the building today but did not say how many of the pre-k through fifth grade teachers who requested to work virtually were allowed to do so. She did not immediately know how many pre-k teachers were in the building today. She said she would follow up and provide additional information.

“[Assistant Superintendent Maggie] Ferhman confirmed for me that all staff that asked to work remotely had their request granted,” Burnett said.

While students have returned, it will be different than a traditional school setting.

So far there have been no major issues, she said.

CSD’s decision to reopen amid the COVID-19 pandemic, which rages on and is resulting in thousands of deaths a day around the United States, remains controversial. A previous plan to return students to buildings in October was scrapped after a public outcry. The pandemic has only grown worse since that time.

Previous plans depended on metrics measuring the spread of COVID-19, but when it became apparent that those metrics probably wouldn’t be met until there are widespread vaccinations or the pandemic subsides, school districts decided instead to focus on mitigation efforts.

Currently, the Decatur school district’s reopening plan focuses on mitigation efforts to prevent the spread of the virus and is not based on community spread. School districts around metro Atlanta are moving away from metrics and focusing on mitigation. Previously, CSD intended to use the number of cases per 100,000 people, but that number has continued to rise and as of Friday there are 690 cases per 100,000 people in DeKalb County.

Mitigation measures being used by the Decatur School district include:

– Cohorting, the practice of keeping the same students and teachers in the same small group at all times during the school day.

– Use of mask and personal protection equipment (PPE)

– Strict restriction of visitors to schools and administrative sites

DeKalb County Schools previously planned a return on Jan. 19, but backed away due to COVID-19 spread. Like CSD, the DeKalb school district’s reopening plan also is focused on mitigation efforts.